1897 residence with quite a history, office building since 1951, now houses Falk Legal Group. 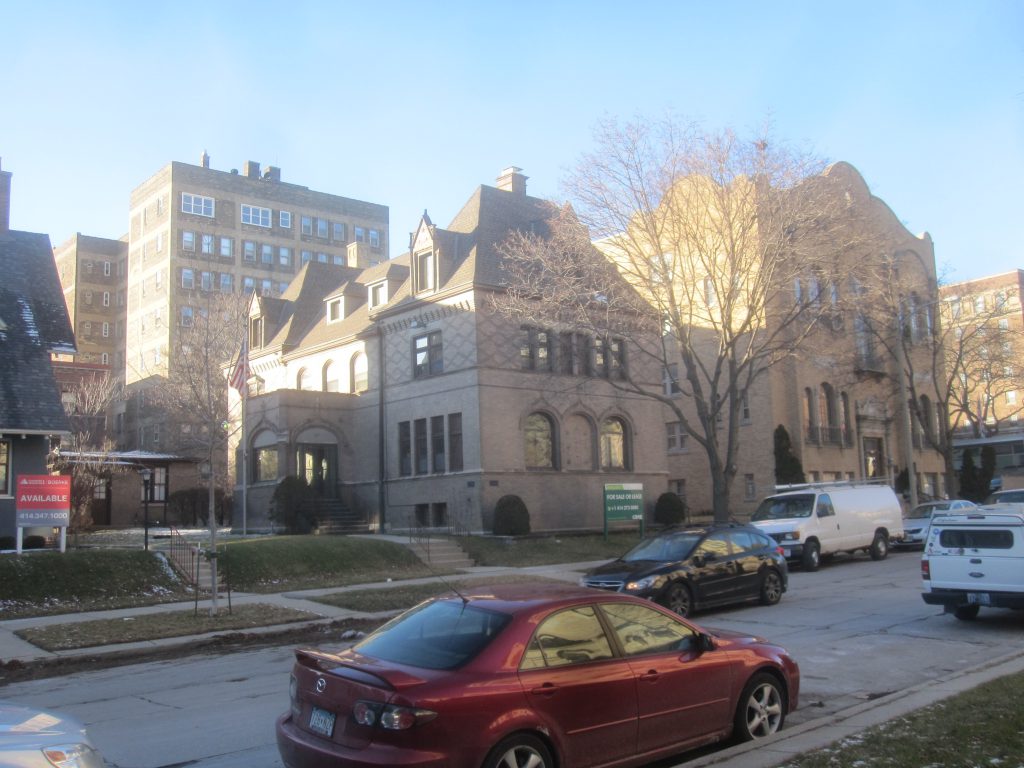 John Dulmes of Transwestern Milwaukee represented the buyer, Anzomade, LLC.  The firm was organized on November 28th, 2018 by Matthew R. Falk, who plans to use the building as offices for his firm, Falk Legal Group, now located at 740 N. Plankinton Ave. The seller was the Bourne Family Trust. Carol Bourne received the building as a gift in May, 1997, at the death of its owner, Stella Jones, who purchased it in 1962 from the Andrews Agency, a firm that converted the homes to offices after the death of the original occupant in 1950.

Was Home of Banker

Alexander E. Eschweiler received building permit #615 on January 15th, 1897, to construct a $9,000 “Brick-Cased” home at what was then 575-Astor St. for James K. Ilsley, who was born in Milwaukee in 1854, and died in 1924. He was the son of Charles Ilsley, a founder with Samuel Marshall in 1847 of the Marshall & Ilsley Bank. James K. Ilsley became the firm’s president in 1908. The M&I was one of the nation’s oldest independent regional banks at the time of its purchase in 2011 by BMO Harris.

The James K. Ilsley house, 1037 N. Astor St., is an unusual building located near the apex of Yankee Hill across from Immanuel Presbyterian Church on a particularly attractive and historic block located between E. State St. and E. Kilbourn Ave. The building presents a varied facade to the street, with such curious details as terra cotta  fleurs de lis embedded in Gothic-arched windows surmounted by crockets and various marvels of corbelling. The main entry, nine steps up, is in a wing that projects from the structure. A 25-foot by 23-foot garage designed by Brust & Philipp in 1917 is in the rear of the property, and shows considerable Prairie influences. There is a lighted flag pole at the southeast corner of the property that would do a courthouse proud.

The 4,860-square foot mansion is listed on the Wisconsin Architecture and History Inventory (Reference No. 99640). The building virtually exhausted the inventory’s powers of description: “Highly eclectic in its design it borrows from so many periods (ie Tudor, Elizabethan, Chateau) that it is not easily discerned stylistically. This polyglot architectural form is common in Milwaukee.”

Mary Stevens Ilsley (1866-1950) lived in the home for 26 years as a widow, remaining until her death, at which time the residence was converted to office space, a special use in the residential neighborhood. It was occupied on January 18th, 1951 by the Andrews Agency Inc. which boasted “Promotion of Industrial Sales Product and Market Research” on its letterhead. The Board of Zoning Appeals granted a special use exemption on February 1st, 1951 for the firm to use the residence as an office employing “14 male, 10 female maximum” for a period of two years.

On February 19th, 1951, the agency’s (and building’s) owner, V. E. Gatzow, paid $500 to enclose the boiler and fuel rooms in the basement. Gatzow’s growing staff began using the third floor servants’ quarters as offices. The city required that the rear staircase be fireproofed with steel lath and plaster in November, 1952, another expense in converting a mansion into office use. There were other complications and confusions relating to building code requirements, and Gatzow received a number of postponements.

In May, 1953, Gatzow sent a letter to the building inspector saying it was “most expedient to dispose of our present property in favor of the purchase of larger quarters elsewhere,” and asking for an extension to do so. It was tough going to find a suitable location, and Gatzow was particular. “It must be of brick or stone construction, in sound condition and in a good neighborhood. In a local business zone. It does not have to be downtown; we are in a position to pay up to $60,000. We are not interested in a new building, however.” He required a minimum of 24 rooms.

In a November 18, 1953 letter from Gatzow he wrote: “today we are sending a letter to all 788 real estate agencies and brokers in Milwaukee County as a final all-out effort to find something suitable. … we have personally contacted over 50 real estate agents and have discussed or inspected more than 180 properties.” (Among them was the building at 1020 E. Locust St. that now houses The Tracks.)

Somehow, Gatzow and his crowded staff muddled through until September, 1962, when Stella Jones bought the building as offices for her husband, Patent Attorney Ira Milton Jones (1896-1992). Wasting no time before the heating season’s onset, in October Jones took out a permit to convert the oil heating system to a gas-fired boiler, rendering obsolete the two 275-gallon tanks in the enclosed fuel and boiler room in the basement.

A bronze plaque reading “IRA MILTON JONES” was affixed to the front of the building, where one hopes it remains. Jones, like the previous tenant, was obliged to renew his permission to occupy the mansion for office purposes, (“One Male, Three Females”) even though it had no remaining kitchen or full baths. He received successive variances for various terms, expiring in 1969, 1974, 1977, 1980, 1982, 1989, and 1999, by which time he had died. The space was occupied since 1996 by the Scott Advertising Agency, which also operated out of the Eschweiler building next door, also for sale. (See “House Confidential: Classic Eschweiler Home Back on Market” Urban Milwaukee, January 25th, 2018.)

A Note on Ira Milton Jones

Jones was interested in early military aviation, and “served in the Fourth Pursuit Group of the air forces of the American Army in France, where he was on duty from October 15, 1917, until February 11, 1919, when he was honorably discharged with the rank of second lieutenant,” according to his biography in Vol IV, p. 123 of John Goadby Gregory‘s History of Milwaukee (1930). He later served as captain in the Wisconsin National Guard, becoming a patent attorney on January 18th, 1921.

He retained a keen interest in the subject, according to the October, 2018 Smithsonian Air & Space Magazine article by Mark G. Dziak entitled, “My Pen Pals Were WWI Pilots.”

As a boy, the author, now 37, took up on a suggestion of his father:

Around 1991, when I was 10 years old, my father suggested that I write to the League of World War I Overseas Flyers, a veterans organization of surviving American aviators from that war.

I threw myself into the task. First, I wrote what amounted to a fan letter to the president of the league, 95-year-old Captain Ira Milton Jones. Shortly thereafter, Captain Jones sent me a packet of information with a cordial, encouraging letter.

I was thrilled by having his autograph—a real World War I pilot!—but the most useful item he sent was the league roster. It was the 1986 edition, grimly updated with a red marker. Dozens of World War I Overseas Flyers who’d been alive five years earlier now had their names crossed out in red. Members who had died prior to 1986 were listed in a “Last Roll Call” of sobering length.

Captain Jones, a man of great grace and kindness, passed away in early 1992. The idea of some unknown historian crossing a red X over his name was too gloomy for me to contemplate.

Jones donated his papers to the U.S. Air Force Academy, to which he also presented a monument to the World War I aviators in 1987. His body is interred on the grounds of the academy cemetery in Colorado Springs. 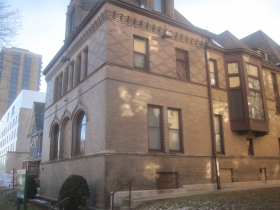 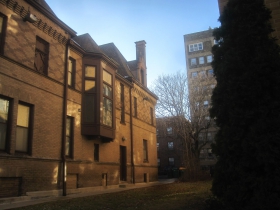 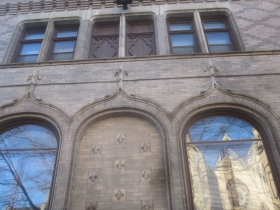 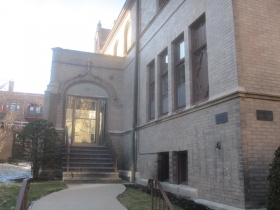 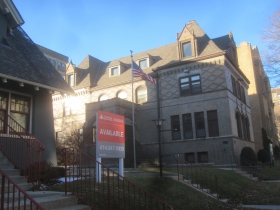 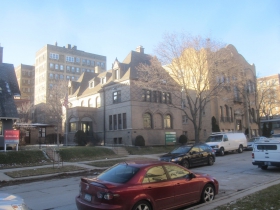