Audit shows subsidy could reward out-of-state jobs; Fitzgerald and Shilling differ on need to fix this.

By Laurel White, Wisconsin Public Radio - Dec 21st, 2018 10:47 am
Get a daily rundown of the top stories on Urban Milwaukee 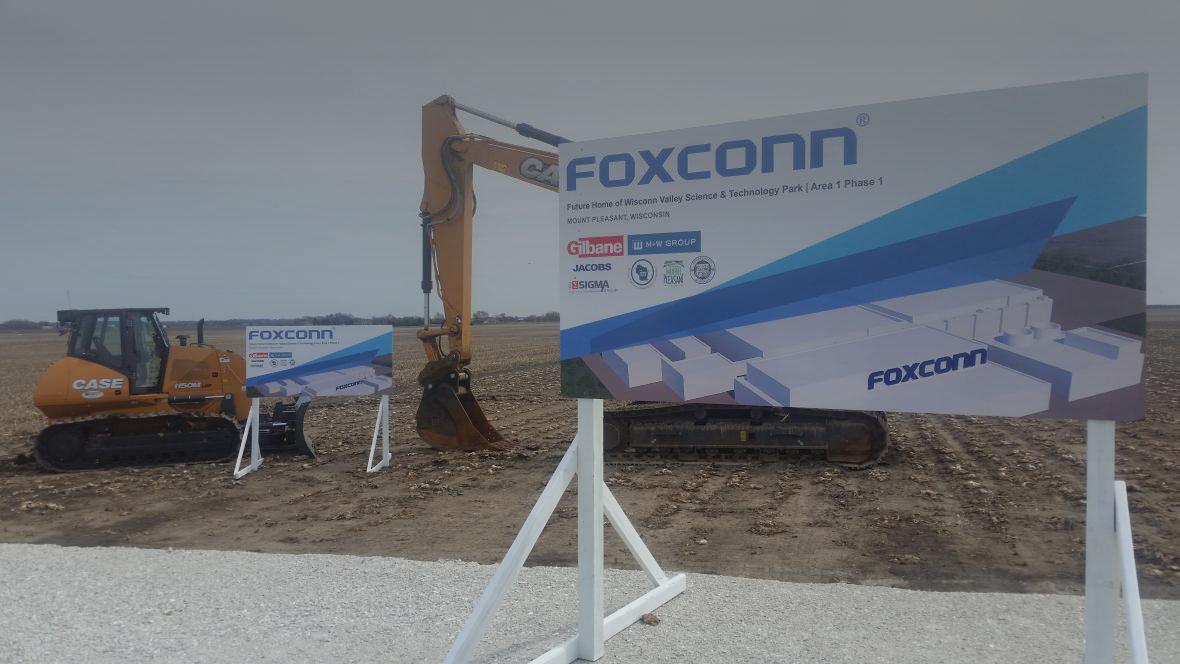 Equipment at the Foxconn construction site in Racine County ahead of groundbreaking. Photo by Chuck Quirmbach/WPR.

Wisconsin lawmakers are at odds over the importance of a new audit that questions how the state tracks jobs created by Foxconn Technology Group.

The audit, prepared by the Legislature’s audit bureau, found Wisconsin is at risk of awarding tax credits to Foxconn for out-of-state jobs.

Republican Senate Majority Leader Scott Fitzgerald, R-Juneau, said he spoke with the head of the Wisconsin Economic Development Corp., which oversees the state’s contract with Foxconn, after the report was released. Fitzgerald said the audit overstates the scope of the problem, because the type of out-of-state employee described could be as a few as “one guy.”

“It’s a very small number (of employees) and it would be very isolated and specific to some type of unique situation,” Fitzgerald said.

However, Democratic state Senate Minority Leader Jennifer Shilling, D-La Crosse, is calling for more audits of Foxconn job creation in the wake of the report. She pointed out WEDC has been subject to a number of negative audits since its creation.

“Now to find out that Foxconn would be eligible for tax credits for employees (who) are working remotely and not even in Wisconsin and don’t live here … that is troubling,” Shilling said.

Fitzgerald acknowledged further audits are likely in the agency’s future.

“In the history of this state, I don’t think there’s been any agency that’s been as audited and as scrutinized as WEDC and, whether I like it or not, it’s going to continue,” he said.

Foxconn has said it plans to create up to 13,000 jobs and invest up to $13 billion at its future manufacturing facility in Mount Pleasant. The state has committed to paying up to $3 billion in tax credits for job creation and the company’s construction costs.