Not “completely ruled out,” Fitzgerald says of Evers proposal to accept federal dollars for expansion.

By Laurel White, Wisconsin Public Radio - Dec 21st, 2018 11:58 am
Get a daily rundown of the top stories on Urban Milwaukee 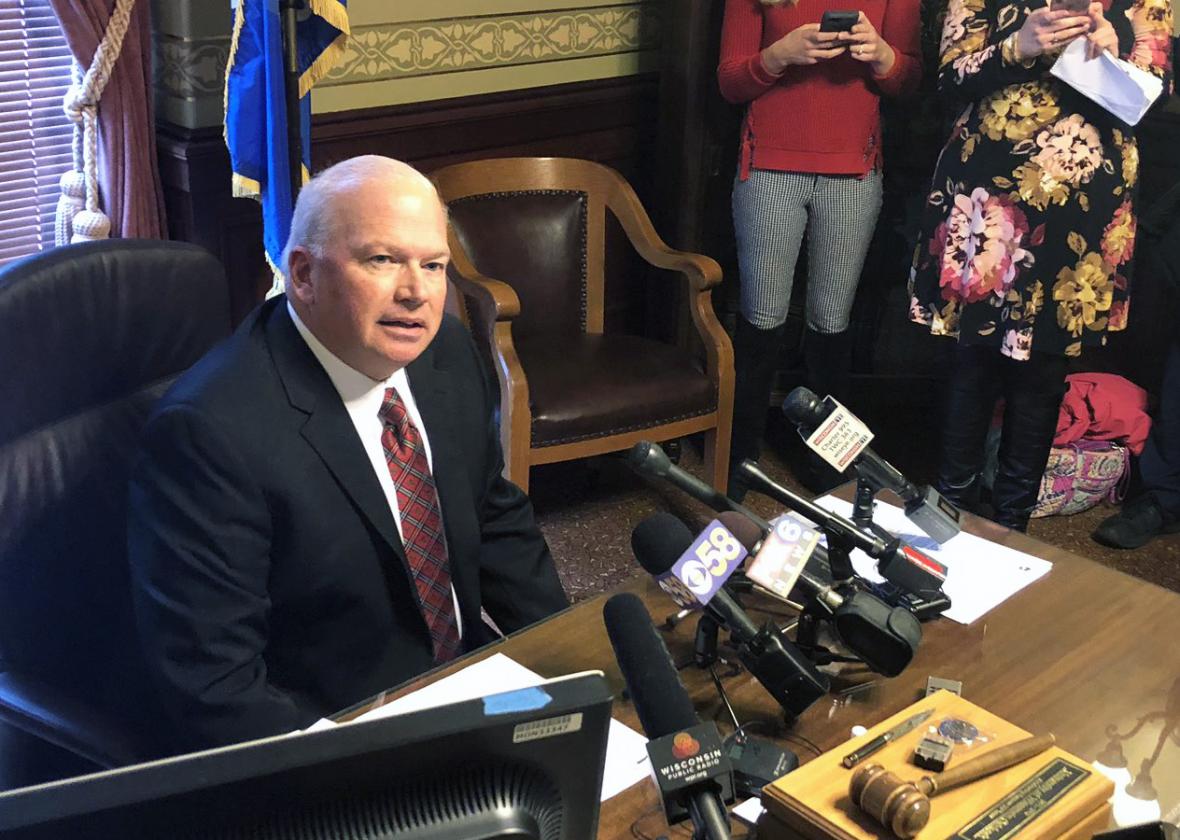 Evers campaigned on accepting the federal funds, which Gov. Scott Walker first rejected in 2013. Walker has said taking the money could come with unexpected expenses for the state, while Democrats argue it would lower costs and offer more coverage to individuals across the state.

“I don’t see it (happening) right now, but there’s a lot of moving parts, so I don’t want to be presumptuous and say it’s completely ruled out,” Fitzgerald told reporters in Madison, shortly after meeting with the governor-elect in his Capitol office, Thursday.

“I hope (Republicans’) conversation is continuing,” Shilling said. “Other states continue to find a way to accept those Medicaid dollars — both Republican and Democratic administrations.”

Fitzgerald also said the Senate, which will have a 19-14 GOP majority in the next legislative session, may be open to approving a 10-percent income tax cut Evers proposed on the campaign trail.

“We’re open to it,” Fitzgerald said. “I think we’re always open to having that discussion — the state’s in a great position because of the policy decisions we’ve made.”

Shilling said Senate Democrats will have to review the details of the proposal before deciding whether to support it.

“We are looking for tax fairness across the board for working families,” she said.

The 2019-2021 state budget will be the largest undertaking of the next legislative session. Fitzgerald said GOP lawmakers are expected to work from the so-called “base budget,” rather than using Evers’ budget proposal as a starting point, as they have with Walker.

“I don’t want to fully assume, before the governor-elect introduces his budget, that we’ll just completely dismiss it but I’m still assuming we’ll work off a base budget,” he said.

Fitzgerald said the incoming governor and GOP-controlled Legislature are likely to have disagreements over spending on major issues, including transportation, K-12 education and Medicaid.

“(Evers’ budget) will be a different kind of budget,” Fitzgerald said. “It’s going to take Wisconsin in a different direction and I think that’s what a lot of Republican legislators are concerned about.”

Evers is expected to introduce his budget proposal in the spring. The deadline for a completed state budget is June 30.