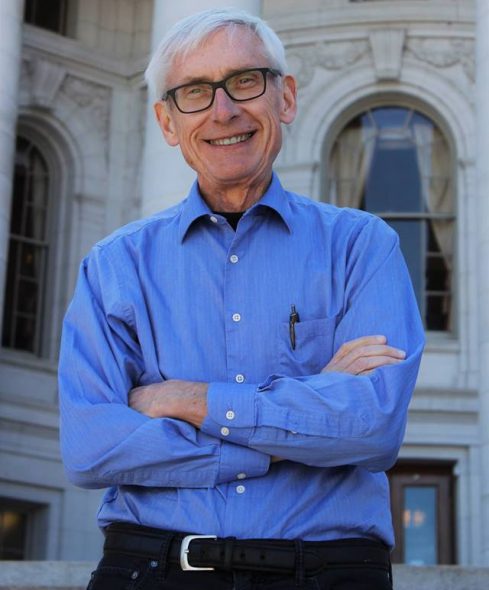 It was a two weeks ago that Tony Evers announced the members of his economic development policy advisory council, to help him create “an economy that works for everyone.” It was a wide ranging group, including business and union leaders, academic experts and local development professionals.

But Mark Morgan, the executive director and designated hit man of the Wisconsin Republican Party, was quick to criticize the list. “Appointing 25 members to the economic development panel from Milwaukee and Madison, compared to just five members from the rest of the state, shows Tony Evers is beholden to the liberal special interests,” he charged.

Morgan had no criticism of anyone chosen, but instead could only suggest Evers must have a quota system, an odd position for a Republican. Even stranger is his claim that Evers is beholden to special interests simply because he appointed people from Milwaukee and Dane County, which represents 25 percent of the state’s population.

I responded to Morgan’s tweet, asking for an example of a better balanced advisory council set up by Scott Walker in his eight years as governor. I never heard back, nor did he return my phone call.

Perhaps that’s because Walker rarely created any advisory councils or held any public hearings before launching major policy changes. Republican-leaning columnist John Torinus dubbed this “government by surprise,” and he did not mean it as a compliment.

Evers, by contrast, has already named more than 100 people to his transition team and advisory councils and is expected to name another 25 or 30 to advise him on transportation issues. What we’re seeing is a very transparent leader reaching out to a wide range of advisors, but with one goal foremost.

“I’m seeking talent,” Evers has said, “and people that will work with the civil servants and others in their agencies to provide the best services possible.”

They’ve been asked to take on a host of tough issues, including how to replace the two juvenile prisons with regional county-run facilities, and how to pay for them, expanding rehabilitation and counseling programs for inmates, determining whether two prisons built in the 1800s should be upgraded or replaced, and reforming the criminal justice system so Wisconsin no longer leads the nation in jailing African-Americans.

Yesterday, Evers announced four cabinet appointments, and they are an impressive group: His Department of Administration secretary is Joel Brennan, executive director of Discovery World and former head of the Milwaukee Redevelopment Authority. His Secretary of the Department of Natural Resources, Preston Cole, is Milwaukee’s Commissioner of Neighborhood Services, has a degree in forestry services and has served on the state Natural Resources Board since 2007. The Department of Corrections secretary will be Kevin Carr, a former inspector and 30-year veteran of the Milwaukee County Sheriff‘s Office who’s been a federal marshal for the state’s eastern district since 2010. And heading up the state Tourism Bureau is Sara Meaney, chief marketing and development officer at Milwaukee Film, and former managing director at the advertising agency BVK in Milwaukee.

What all have in common was made clear by Evers: “Talent is what drives success… and these four people have it at a very high level.”

Even Walker applauded the choice for DNR, tweeting that “Preston Cole is a solid pick” who “did a good job on the (Natural Resources) board…”

Republican Assembly Speaker Robin Vos conceded the four choices were “well qualified” but pronounced himself “so greatly disappointed” that all four were from Milwaukee.

In response, Evers, said he’ll be releasing more cabinet picks soon “that he believes will abate that criticism,” as the Wisconsin State Journal reported.

I doubt that. Republicans clearly intend to repeat, ad nauseam, the Morgan and Vos charge that Democrats are only serving Milwaukee and Madison. It’s the “divide and conquer” philosophy that Walker espoused and practiced for eight years, even warning voters that a vote for a Democrat would make Wisconsin more like Milwaukee.

Evers has had a strong answer to that: “It’s time we return Wisconsin to a place where we treat each other with respect and dignity, we stop pitting Wisconsinites against each other, and we actually talk and listen to each other.”

Evers, moreover, has campaigned on issues that benefit voters across the entire state: more funding for local schools, expanding Medicaid and making health care more affordable for all, fixing the state’s deteriorating roads and passing a middle-class tax cut.

And of course, rebuilding the DNR, where Walker has decimated the scientific staff. As Cole told reporters, “science-based policy-making is the epicenter of the governor’s wishes for the Department of Natural Resources.”

The Walker era was one where experts and blue-ribbon committees were eschewed, where the governor had a penchant for appointing people lacking a college degree and where proposals written by special interest groups like the Wisconsin Manufacturers and Commerce and the American Legislative Exchange Council sailed through the legislature with little public input.

In contrast to that, it seems almost radical for a governor to operate in the open, with publicly announced advisory panels empowered to make recommendations, and a search for the best and brightest to run the government. Tony Evers may be too bland or too nice, but he must have gotten an “A” in civics class.