By Laurel White, Wisconsin Public Radio - Dec 19th, 2018 02:09 pm
Get a daily rundown of the top stories on Urban Milwaukee 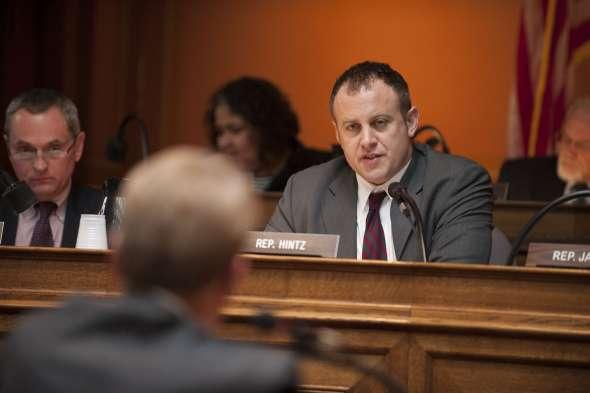 Democratic Assembly Minority Leader Gordon Hintz said Tuesday his priorities for the next legislative session include familiar Democratic issues, like pushing for Wisconsin to accept a federal Medicaid expansion.

Hintz, D-Oshkosh, said he and his Democratic colleagues in the Assembly will continue to advocate for Wisconsin to join a number of other states in accepting more federal money for Medicaid.

Gov. Scott Walker first rejected the funds in 2013, arguing they could come with unexpected expenses down the road.

Hintz said with Walker out of office in the coming term it may be time for the state to accept outside funds.

“Gov. Walker was probably the leading opponent to taking the Medicaid expansion,” he said. “I think a lot of the health care industry and a lot of the public really understand that this is a good idea that both sides should support. So I’m not giving up hope.”

Gov.-elect Tony Evers campaigned on accepting the expansion — in fact, it was the subject of his first television ad. But the move would require the approval of the GOP-controlled state Legislature, and Assembly Speaker Robin Vos, R-Rochester, has said he remains opposed.

Hintz said he hopes Vos will come around on the issue, pointing out legislatures with GOP majorities across the country that have voted to accept the money.

“Few things were more disappointing than Rep. Vos coming out of the election with guns blazing about all these things he wasn’t going to work on with the governor,” Hintz said.

Hintz also said he expects Democratic lawmakers to propose redistricting reform in the upcoming session. Many Democrats pointed to gerrymandering after the party failed to gain seats in the midterm elections, despite earning more votes statewide.

“I think the reason that the public was so excited about the election outcome, even despite the continued impact of gerrymandering on the Legislature, is that it can’t be done again,” he said.

Hintz said he believes a “worst case scenario” is that redistricting legislation is rejected and the next set of GOP-drawn maps ends up in court. If courts draw the map, he believes it will be “pretty close to nonpartisan.”

“We’ll have our first fair election in a decade in 2022,” he said. “If you’d have Gov. Walker re-elected and the majorities continued, it probably would have been another decade of Republican control no matter what the turnout was statewide of Democratic voters, due to rigged maps.”

Wisconsin’s legislative maps have been challenged all the way up to the U.S. Supreme Court, which declined to rule in the case earlier this year. A renewed case is expected to see arguments in Madison in April.

Hintz also said he hopes to work across the aisle with the GOP majority on issues like transportation funding and the state’s opioid epidemic.

He and other Democrats are working on proposals related to Wisconsin’s aging population and racial disparities. Those proposals will likely face an uphill climb as Republicans maintain a near-historic majority.

As for navigating the 2019-21 state budget drafting process with a Democratic governor and Republican-majority, he believes it’ll be a “very different kind of budget” than previous years. Finding common ground will be essential, he said, if lawmakers are to hit their June 30 deadline.