Her version of “Walking in a Winter Wonderland” is a classic that will endure. 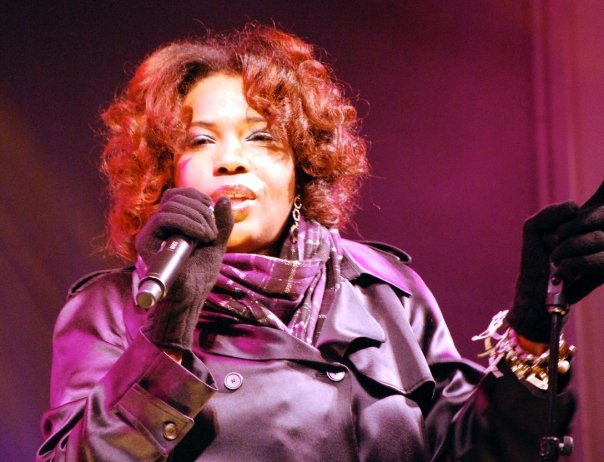 There’s helium and then there’s helium. The regular stuff that floats your average balloon can briefly change your voice if you inhale it, but that can’t be the same as the magical stuff in Macy Gray’s tank. A helium connoisseur would detect notes of smoke, brandy and a gentle nuttiness that is pretty engaging. I was struck by this voice first time I heard it, but maybe I should have sooner.

My Macy moment came because tis the season, and I’ve been digging around for versions of Christmas standards to listen to and write about. It isn’t easy and don’t ever let your research lead you into the local shopping mall, where holiday songs are mauled on a regular basis by chart-toppers. Some I heard on a recent trip set off schlock alarms in my too-sensitive brain and a couple drove me out of stores and into the relative sanity of the crowded mall halls. The most common crime: Under-qualified singers who feel the need to “interpret” at the expense of time- tested melodies. It’s painful and I suspect shows like “American Idol” and “The Voice” are the cause of these mindless commercial attempts.

What a treat then to hear Macy Gray sing that old roasted chestnut “Walking In A Winter Wonderland.” She has more fizz in her voice than a case of champagne and would no more change the melody than rewrite the words. She knows a good song when she hears it and respects it enough to sing as written. The interpretive part is subtle in her case, making every line more fun to listen to without erasing the writer’s intent. There’s just a hint of irony, ever so light, in her approach; she’s inspecting it as she sings — I picture her holding up it to light and spinning it slowly. It makes the listener reconsider and re-appreciate the melody and lyrics.

Sleigh bells ring
Are you listening
In the lane
Snow is glistening
A beautiful sight,
We’re happy tonight
Walking in a winter wonderland

Gone away, is the blue bird
Here to stay, is the new bird
He sings a love song,
As we go along
Walking in a winter wonderland

© Felix Bernard and Richard B. Smith

I’m not familiar with either of the writers who created this song in 1934, but they socked it right out of the park. The music by Felix Bernard does the job neatly — he aces the mandatory key change in the B section, before bringing it home safely for the last verse. Once you hear it, you know it — that’s a good melody. The form is classic Tin Pan Alley: 32 bars, two verses, a bridge that takes you away from the main form and a last verse to remind you where you were. It always works and still does. We must have a gene that disposes us favorably to dependable song shapes.

The lyrics (I skipped some additional ones nobody ever sings) are good. The last verse is a gem, literate and unforced in a way that is sorely missed in these parts. Long ago, my mother’s generation was taught how to write legibly and beautifully in the Palmer Method. These lyrics should be written out in that hand.

Macy Gray, on the other hand, is as contemporary in her approach as a teen pecking at a smartphone. Still, she allows the kind of perfect imperfections to show, as artists like Billie Holiday and Louis Armstrong did, in such memorable ways. Never heavy handed, her voice lands like snowflakes on eyelashes. It’s a trick to have this much style and not seem mannered: you imagine that when she’s not romping in a winter wonderland she has other fun places to go.

Christmas, a test each year to varying degrees for many of us, is made easier and much more enjoyable by good music. My ritual involves Vince Guaraldi’s songs from the Charlie Brown Christmas special. It also includes Nick Lowe’s phenomenal addition to the canon and anything Christmas related by NRBQ. This year we add J.D. McPherson to the mix, judging from a few cuts I heard from his new disc. Mix and match your favorites with a little of Phil Spector’s Christmas album and your holidays will go down smooth as eggnog.