By Corri Hess, Wisconsin Public Radio - Dec 6th, 2018 09:55 am
Get a daily rundown of the top stories on Urban Milwaukee 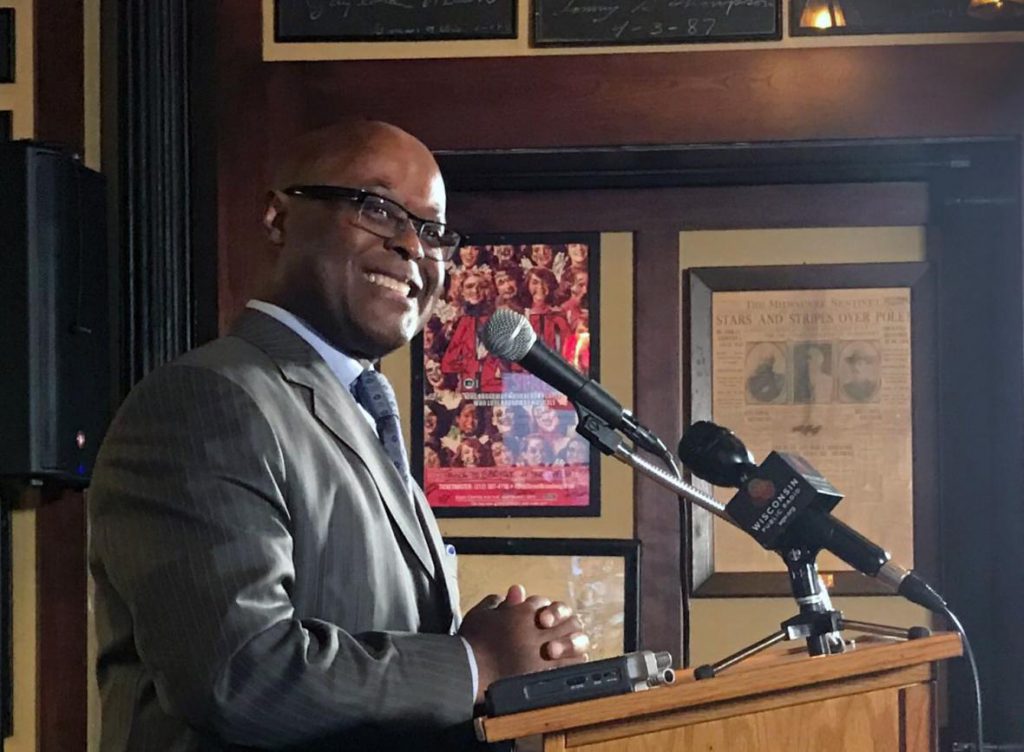 Milwaukee County Sheriff-elect Earnell Lucas says he is committed to restoring integrity to the department that gained national attention for eight people dying in its jail from 2016 to 2017.

“We have a lot of work to do,” Lucas said Wednesday during a Milwaukee Press Club lunch in downtown Milwaukee. “We have problems in our parks, problems on our freeways and problems in our jails. I’m committed. We are going to make changes. We’re going to do the hard things because that is what we’re prepared to do.”

Lucas, who takes office in January, will replace acting sheriff Richard Schmidt. He was elected in a Democratic primary in April, beating Schmidt with nearly 60 percent of the vote.

Controversial former Sheriff David Clarke, who headed the department for 15 years, resigned in 2017. Clarke is a national political figure and staunch supporter of President Donald Trump.

So far, Lucas has hired two prominent positions: the department’s first female chief deputy and a director of public affairs. Lucas has also created the position of chief legal and compliance officer.

He said he will not appoint his commanders until he is in office.

“I’m going to determine who is committed to restoring honor, integrity and trust back into the department and then make the changes,” Lucas said.

Lucas said he is a supporter of body cameras and plans to continue with the department’s pilot program, which goes through July.

He called body cameras the “Miranda of our generation,” referring to Miranda warnings read to suspects.

“This could revolutionize who we are and what we do in law enforcement,” Lucas said. “Our challenge is how do we govern the body cameras.”

Lucas also said he is 100 percent in support of decriminalizing marijuana. He believes the way people are arrested and prosecuted for marijuana possession is discriminatory. He said more research needs to be completed before the drug should be legalized for recreational purposes.