Speech at City Hall indicates governor and city might finally be on the same page. 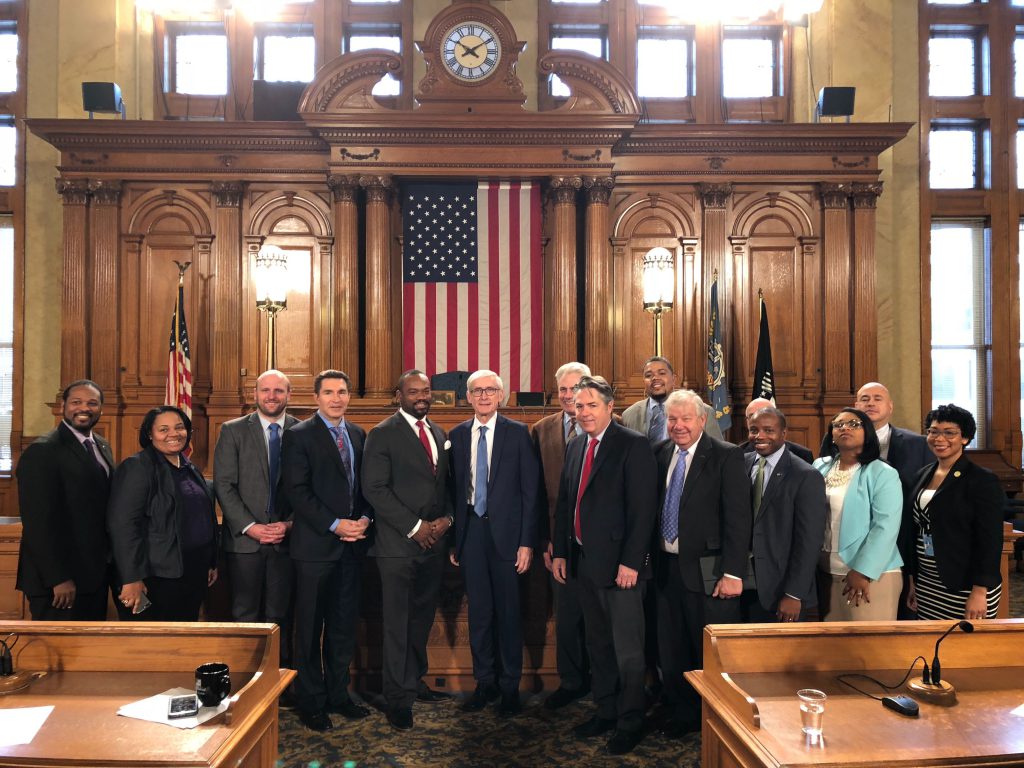 Governor-elect Tony Evers made a visit to Milwaukee City Hall today to meet with Mayor Tom Barrett and the Common Council.

“In order for us to a have a strong Wisconsin, we have to have a strong city of Milwaukee,” said Evers in his speech to the council.’

Evers signaled support for finding new ways for the Milwaukee region to fund many of its pressing needs. “We have to find flexibility for the citizens and decision makers in the Milwaukee area to have revenue streams that meet their needs,” said Evers. A sales tax, which would need state authorization, has been proposed by Barrett to fund public safety efforts. A regional sales tax to fund cultural needs or transportation has also been discussed for more than a decade.

The visit was the first by Evers, and already exceeds the total number by Governor Walker appearing before the Common Council.

Evers stressed that his campaign and administration will be focused on transportation, health care, education and correctional reform. Referencing Walker’s refusal to accept expanded Medicaid funding, Evers said: “We have left $1.1 billion on the table in Washington D.C. that could be going to serve our people in Wisconsin.”

Evers said he believes common ground can be found with Republicans on correctional reform and transportation funding. “Whether it’s roads or mass transit, we certainly need a different revenue stream.” The governor-elect said other states have found solutions Wisconsin needs to look closely at implementing.

But before he finds that common ground, Evers faces a Republican plan to pass lame-duck legislation aimed at curtailing his ability to govern. “Our transition team is working hard against a sort of headwind in the legislature right now,” said Evers.

Council president Ashanti Hamilton is optimistic that the city will have a better relationship with the state. “The biggest thing is being able to have some shared priorities that we’re able to work together on,” Hamilton said in an interview with Urban Milwaukee. The potential mayoral candidate said conversations are underway on trying to provide quality early childhood education to every child in Milwaukee.

Evers, who has worked in education his entire life, led off his speech by stating that he would continue to support education funding. “I believe you will find me a good partner,” said Evers.

Hamilton also stressed the need for cooperation around economic development and workforce development initiatives. Hamilton said one key item was “being able to provide transportation to where employment opportunities already exist. There has been specific talk on both the employer and employee side on the gap in transportation.”

Barrett, Hamilton and other elected officials may find themselves regaining power under Evers. The governor-elect said 160 bills have been passed in the last eight years limiting local control. “My job as governor is to begin to return those things to the cities.” 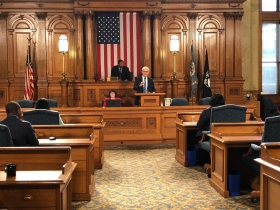 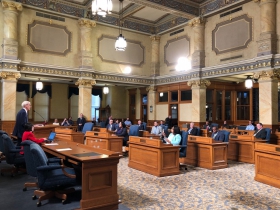 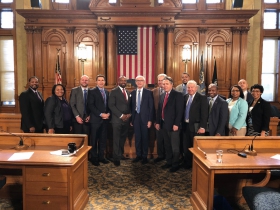