By Elizabeth Dohms-Harter, Wisconsin Public Radio - Nov 15th, 2018 04:06 pm
Get a daily rundown of the top stories on Urban Milwaukee 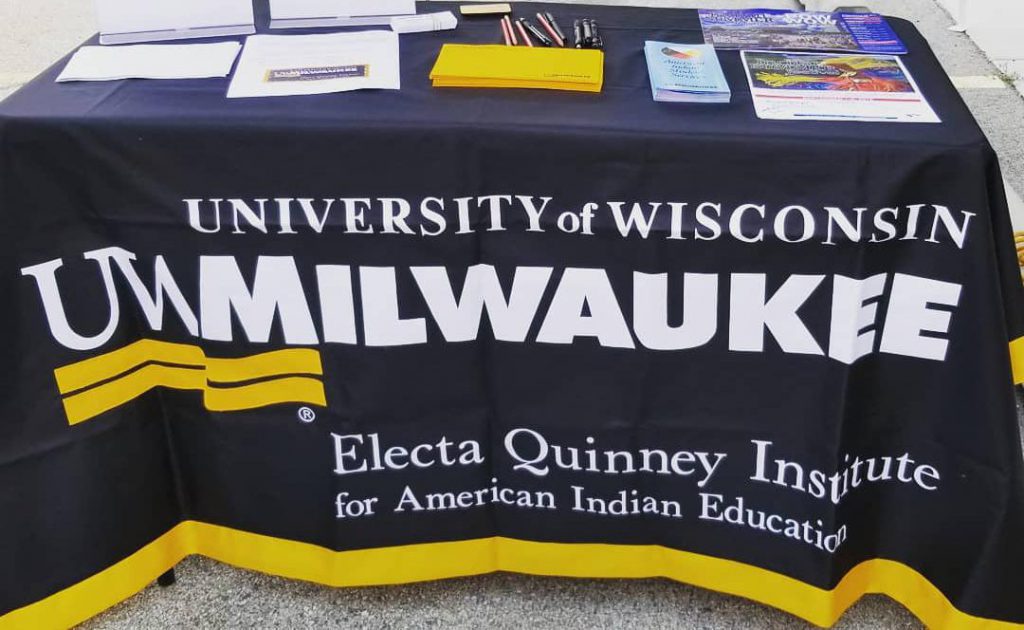 Photo courtesy of the Electa Quinney Institute for American Indian Education at UW-Milwaukee.

Michelle Mahkimetas-Kurkiewicz was teaching middle school language arts at Menominee Tribal School in Neopit when she learned about a new opportunity.

An email in November 2017 from the Tribal Education Department notified her that the Electa Quinney Teacher Training and Administrative Leadership Program would help the 48-year-old advance her career in education by paying for schooling to become licensed as a principal and director of instruction.

Becoming one of 14 students in the first cohort of the program for American Indians who want to pursue careers in teaching or education administration, Mahkimetas-Kurkiewicz started the program in March with an expected graduation date of 2020.

“I am very grateful for this experience,” said Mahkimetas-Kurkiewicz, a member of the Menominee Indian Tribe who currently completes her coursework online from her home about two hours from Milwaukee. “If it wasn’t for me to see that original email for native people to apply … I wouldn’t be here right now.” 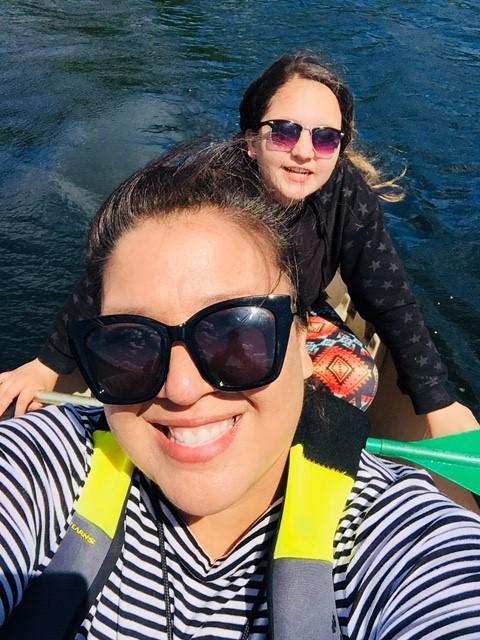 That same program has received $1.1 million for the second consecutive year from the U.S. Department of Education Bureau of Indian Education, said Margaret Noodin, director of the Electa Quinney Institute for American Indian Education at the University of Wisconsin-Milwaukee.

Noodin said the goal is that this year’s grant will help 10 students like Mahkimetas-Kurkiewicz, who is a full-time student while in the program.

“This (grant) encouraged me to go for it, considering I already had my teacher’s license,” said Mahkimetas-Kurkiewicz, who noted she wouldn’t have had another way to pay for the program without help from the grant. “This encouraged me to work in administration.”

Maurina Paradise, finance and operations manager of the institute, said the grants have different time-tables and slightly different areas of focus, but each have the same goal in mind.

“Both have the goal of increasing the number of First Nation teachers and administrators serving First Nation youth in Wisconsin,” Paradise said.

First Nation refers to students who meet the definition of Indian, meaning they’re a member of an Indian tribe or band, or descendent of a member, an Alaskan native or in other ways considered Indian according to federal, state or tribal law.

Paradise said the grant covers all tuition and fees for each semester, in addition to a stipend of $1,375 each semester to help pay for books and supplies.

“What we’re doing is trying to encourage people to do whatever they can to move to the next level in their careers,” Noodin said. “Sometimes we’re asking people to do a little bit of graduate school work or do something more than just the basics so we really let the students design the program that is right for them and their own career goals.”

Previous grants have focused on getting American Indian students into early childhood education, and now the program is aiming to fill teaching roles in math and science. Noodin said the STEM fields — science, technology, engineering and math — are one of the last areas where Native American teachers have a low representation.

“There is an initiative across the country to have kids here in America do better in those areas,” she said. “And we just want to make sure that we have native teachers be a part of that movement and that the native kids are seeing in that area the same representation that other kids might be seeing.”

Noodin said the students can teach in a wide range of schools, for example in Milwaukee or near reservations where the public schools have a higher number of native students attending. Mahkimetas-Kurkiewicz, for one, is looking forward to teaching the native populations near the Wisconsin Dells and Baraboo areas, she said.

It’s important that native students are taught by American Indian teachers, Noodin said, because diversity in the classroom will lead to better results overall.