Developer releases renderings of Holiday Inn and Hilton hotels, to be built on Michigan St. 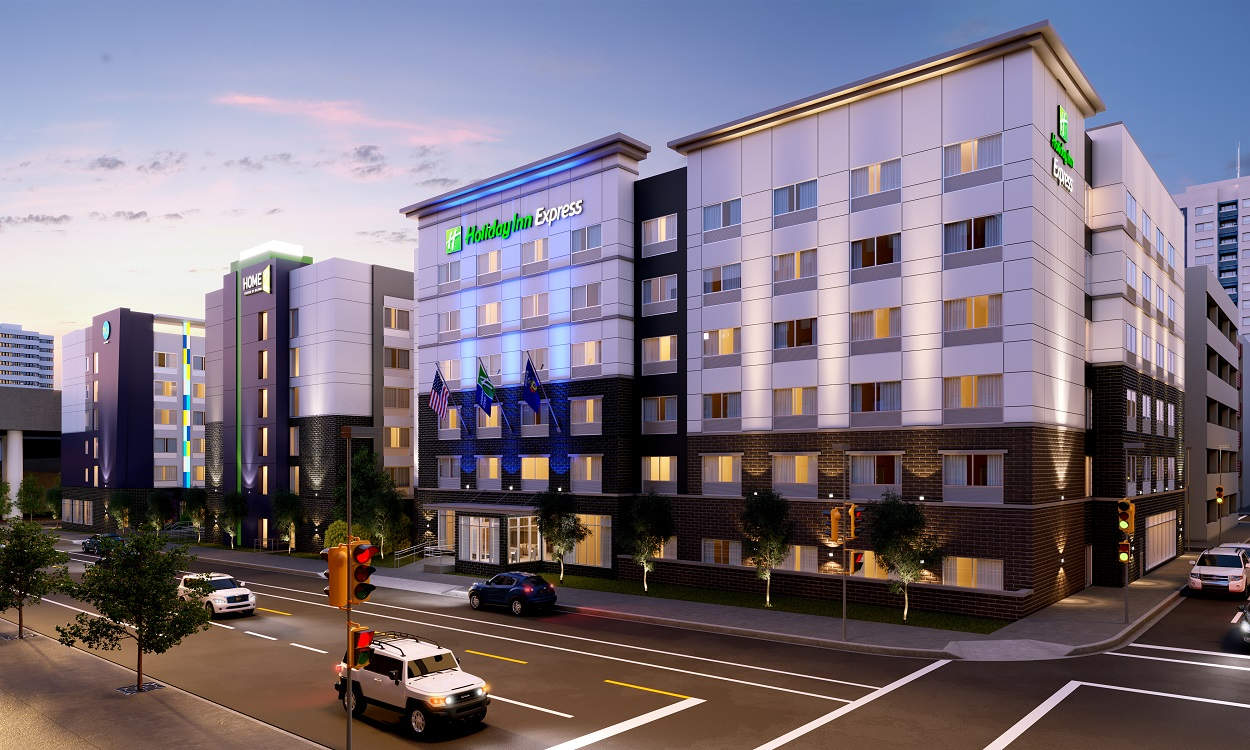 Hotel developer JR Hospitality has released renderings of its planned trio of downtown hotels and begun applying for construction permits. The Minnesota-based firm intends to develop and operate Holiday Inn Express, Home2 Suites by Hilton and Tru by Hilton hotels at the southwest corner of E. Michigan St. and N. Jefferson St. Each hotel will be six-floors tall.

Under a plan released this summer, the two Hilton-brand hotels would share a 213-room building, and the third hotel, the Holiday Inn Express, would have 115 rooms.

The developer, who would build the three adjoining hotels in partnership with Iowa-based Hawkeye Hotels, is already building a Fairfield Inn & Suites and Holiday Inn Express in Brookfield and has a number of properties in the Minneapolis area.

The new buildings are being designed by hotel architecture specialist Base4. Adjoining hotels have become increasingly popular in recent years because of their ability to share back-of-the-house functions, like laundry or waste disposal, as well as parking.

Guests at JR Hospitality’s hotels will find one unique amenity just across the street: Milwaukee Downtown and Johnson Controls unveiled a floor-to-ceiling mural last week in the pedestrian tunnel that connects East Town with the Historic Third Ward.

The hotels are also located on the lakefront extension of The Hop, which is scheduled to open in 2020.

The proposed hotels reflect a decade-long trend of new hotel development in downtown Milwaukee, with many of the new hotels opening close to Lake Michigan and the cluster of high rises along E. Wisconsin Ave. The past decade has seen the addition of Kimpton, Aloft, Marriot, Westin, SpringHill Suites, Homewood Suites, Hyatt Place and the independent Brew House Inn & Suites hotels. A number of existing downtown hotels have been refreshed or redeveloped in that time. Hotels with the Drury and Cambria flags are currently under construction.