City’s turnout was down in 2016, canvassers seek to convince more to vote.

By Ximena Conde, Wisconsin Public Radio - Oct 24th, 2018 12:20 pm
Get a daily rundown of the top stories on Urban Milwaukee 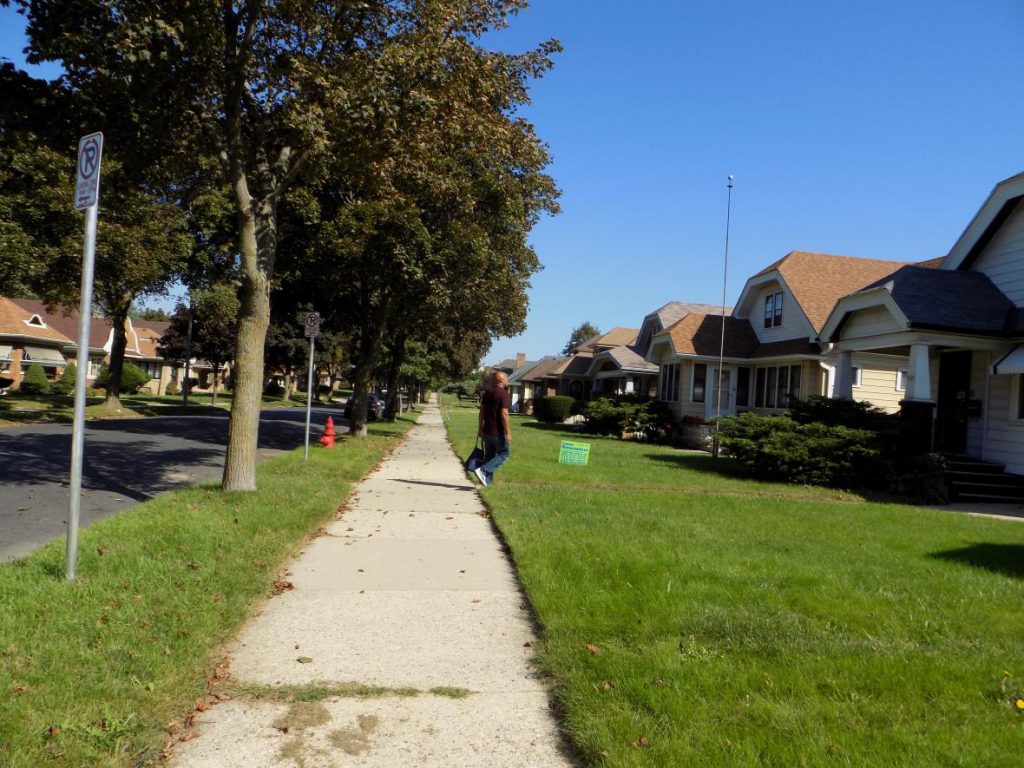 Derrick Etherly had never canvassed before but after a visit from Anita Johnson, he volunteered to encourage people in Milwaukee to vote in the November election. Photo by Ximena Conde/WPR.

Wisconsin’s voter turnout in the 2016 election was as low as it’s been for any presidential contest in the past 16 years. And predominantly black neighborhoods in Milwaukee reported some of the biggest declines.

If history is any guide, even more will stay home for the upcoming midterm election in November.

There are widespread efforts in Milwaukee’s black community to change the low voter turnout, but it’s unclear if they’ll be enough.

On a Saturday morning in September, Derrick Etherly and several other canvassers went door-to-door in the predominantly black Rufus King neighborhood on Milwaukee’s north side. He said he’d never done this before. Etherly was working with a group called Souls to the Polls that recruits canvassers at churches. He and his fellow canvassers were trained, armed with pamphlets and paired with a buddy at his church that morning over a light breakfast.

The pamphlets answer frequently asked questions about voting and have a phone number that residents can call if they have follow-up questions. On this day, there weren’t enough canvassers to split up into pairs so the assigned buddies canvassed on the opposite sides of the street.

“I’m a member of Community of Grace Baptist Church, representing Souls to the Polls,” Etherly said to an elderly woman cracking open her front door. “Are you aware of the election that’s Nov. 6?”

Sometimes, the canvassing is an easy sales pitch. The woman at this house told Etherly that she always votes. 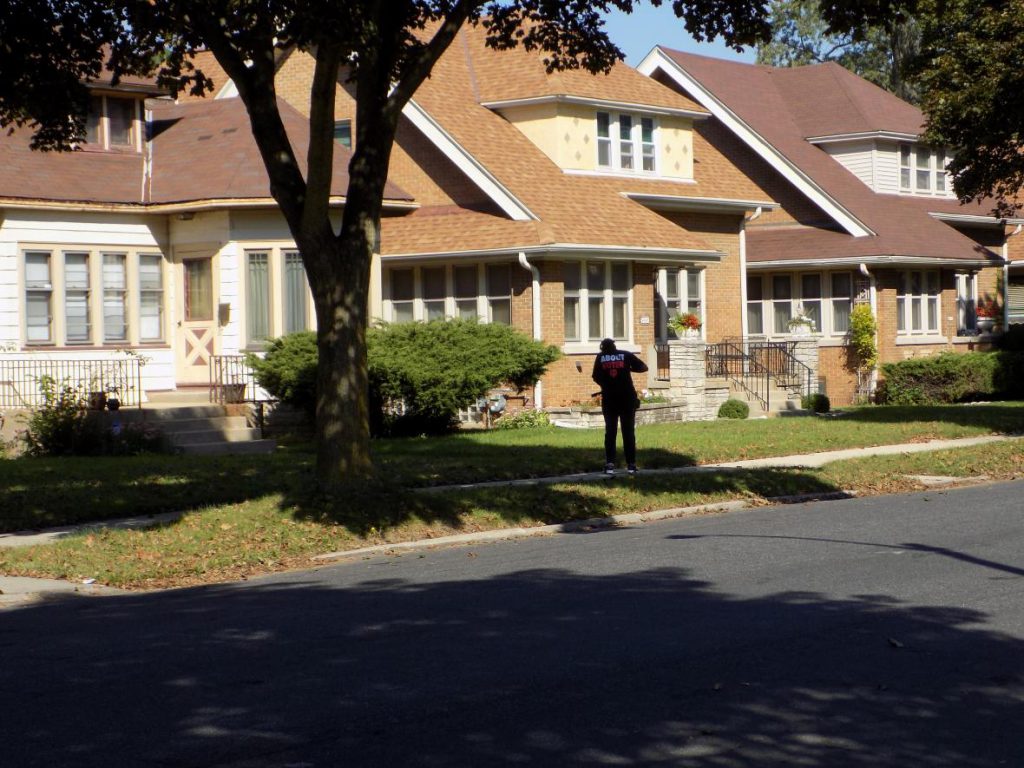 Anita Johnson led canvassing efforts for Souls to the Polls. On a recent Saturday morning, she canvassed in Milwaukee’s 53206 zip code. Photo by Ximena Conde/WPR.

The woman gives him an “amen.”

Other times, the canvassers have their work cut out for them.

One of the people they passed was 34-year-old Derrick Montgomery.

Montgomery said that he won’t vote because no matter the politicians on the ballot, he doesn’t think it will make a difference.

“I feel like … they got their own little thing that they want to do, their own agenda that they got going and that’s what they’re going to push no matter who’s in office,”  Montgomery said.

This area is one of Milwaukee’s poorest neighborhoods, known for its high incarceration rate of black men.

City election data showed a 14-percentage point drop in voter turnout in this neighborhood between the 2012 and 2016 election.

Anita Johnson, who leads canvassing efforts for Souls to the Polls, blames a couple factors for the decline, including the state’s voter ID requirement. The 2016 election was the first time an ID was a requirement and Johnson said it created confusion at the polls.

“Some people think you need a voter ID card instead of a driver’s license or a state ID,” Johnson said.

Johnson said she thinks the 2016 presidential candidates also played a role in the low turnout.

“Other people just didn’t like the candidates that were running so they felt like, ‘Well, I’m just not going to vote,'” she said.

That could have been a factor with 29-year-old Remington Duke. As two young canvassers with a youth organization approached Duke, he applauded their work, but said he won’t be voting. Duke said the only politician he remembers casting a ballot for is former President Barack Obama.

“I just really don’t care who’s governor, who’s president, who’s none of that,” he said. “Like yeah, it was a hoo-wa for Barack because he was so-called black. But besides that, I wouldn’t care.” 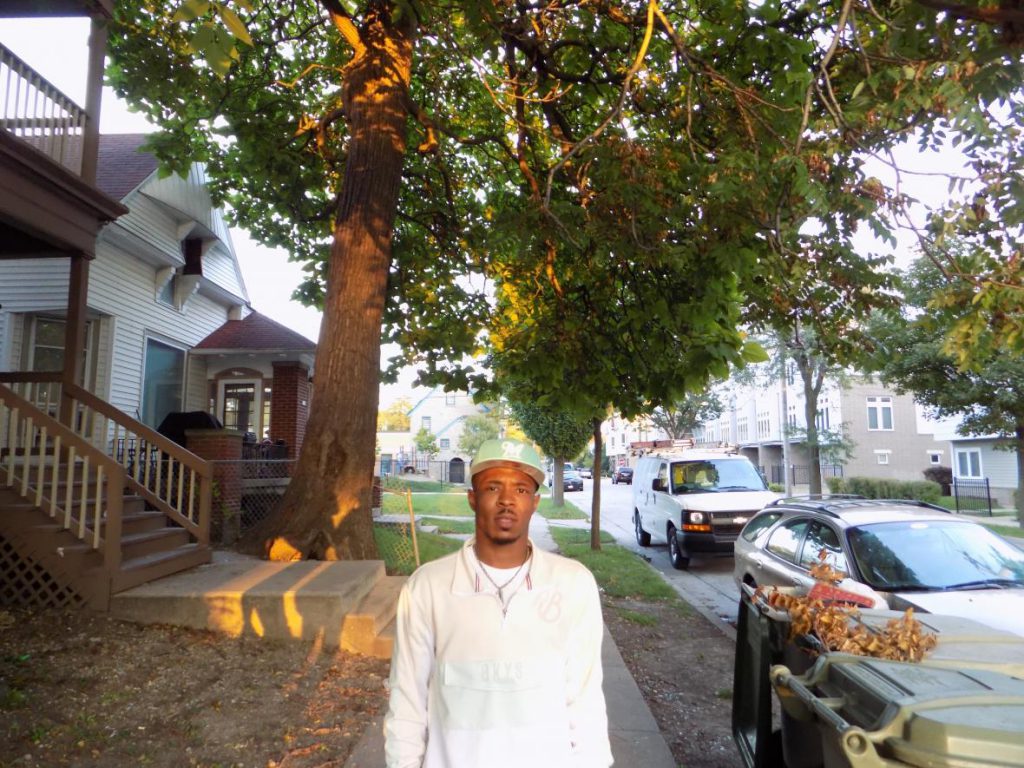 Duke Remington said he won’t be voting this election because he feels it doesn’t matter who holds office. Photo by Ximena Conde/WPR.

Duke said he is busy trying to support his family and he feels whether Democrats or Republicans hold office, his best shot at seeing change in government as a black man is to leave the state.

History suggests turnout will be even lower in the upcoming midterm election than it was in 2016. Races for governor and U.S. Senate don’t get as much attention from the electorate as as years when the White House is up for grabs.

Still, advocates like Souls to the Polls’ Johnson said that they’re not discouraged despite the challenges.

First-time canvasser Etherly said it’s his job to get others to believe their vote matters.

“A lot of times people think their votes don’t count, but if everybody thought that way, then we would have no one voting,” he said.

While elections officials say it’s hard to make predictions about turnout among specific demographics, some advocates said they do see a cause for hope. Milwaukee saw a higher-than-usual turnout of registered voters in this year’s August primary.

With the midterm less than two weeks away, organizers are working to continue that trend in November.

Canvassers Reach Out To Black Voters In Effort To Buck Milwaukee’s Turnout Trend was originally published by Wisconsin Public Radio.