Heinavanker does music with echoes of Gregorian chant, Mongolian throat singing and more. 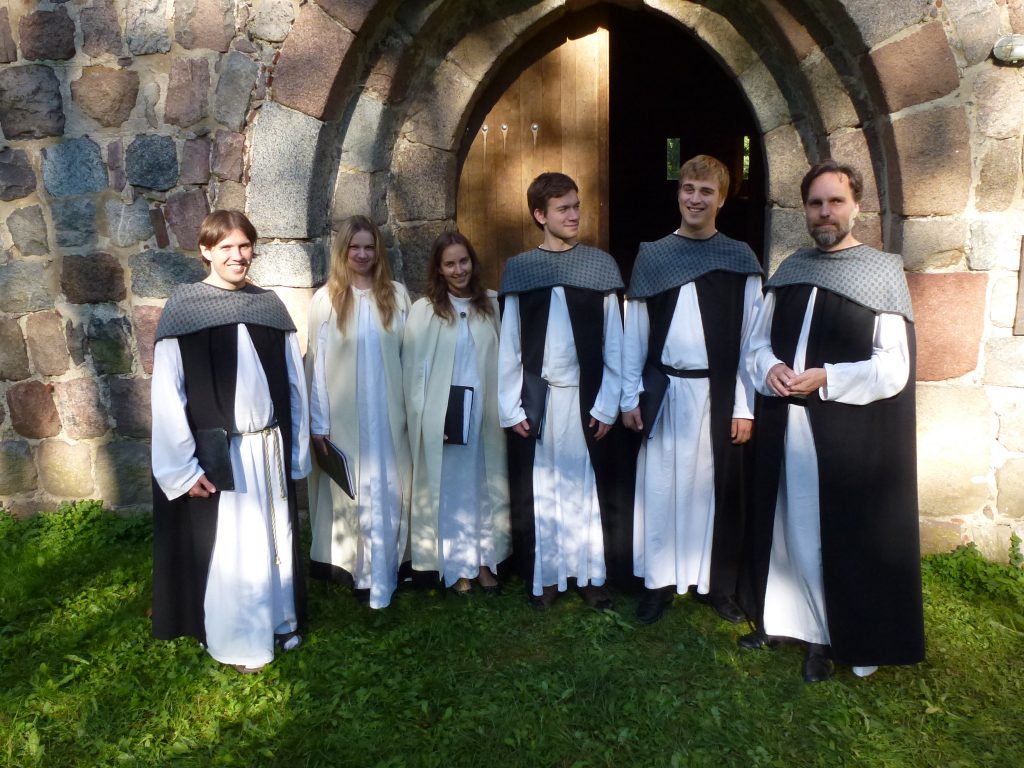 Early Music Now opens its subscription season this Saturday evening at St Joseph’s Chapel with a concert featuring the resonant sounds of an a Capella group, Heinavanker. The concert transports the audience to a very unique time and place: 14th to 16th century Estonia.

Located on the Baltic Sea adjacent to Finland and the Russian Republic, Estonia was isolated for centuries. When converted to Christianity in the late Medieval period (1207) the area continued a unique history. Crusaders of the Holy Roman Empire, Prussian Teutonic Orders of Knights, secular German nobility and local Hanseatic Towns vied for supremacy for three centuries.

The sacred music of this era retained the influences of ancient Estonian runic songs and Medieval Christian chants. Reviewing an album, Songs of Olden Times, Grego Applegate describes the music:

As I listened I heard something I’ve never heard before, with echoes of Orthodox Chant, Gregorian Chant, choral music of Georgia and the Ukraine, Medieval Organum, Mongolian throat singing, all kinds of things it had some relation to yet so different it clearly was not a direct product of any of the others. And it’s so pleasingly old that it sounds like it could be an old-in-the-new series of contemporary works. It isn’t. This is music you don’t forget easily. It haunts.

Ockeghem’s ouvre charms us with its unique musical language. His melodies and rhythmic patterns are accurately calculated, yet at the same time sound very natural and spontaneous. Sovereign parts blend together creating a perfect flow and forming a mystical atmosphere. Maybe this is the connecting joint that weaves together the seemingly distant elements of our programme. 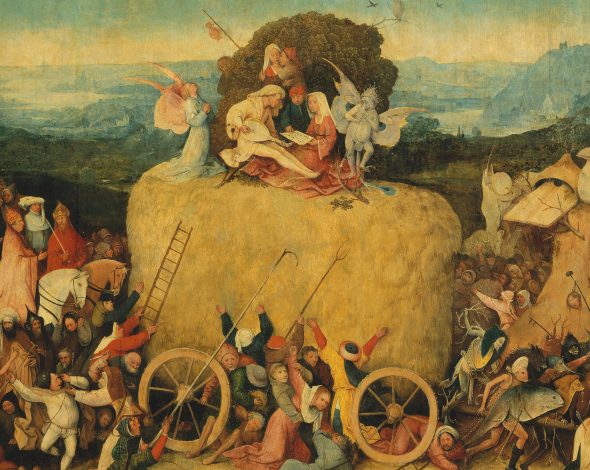 Central figures in Haywain Triptych (1516) by Hieronymus Bosch. Photo is in the Public Domain.

Fun fact: The name “Heinavanker” is inspired by the Haywain Triptych painted by famed artist Hieronymos Bosch (1453-1516). Its allegoric scenes seem as if inspired from today’s life. On this strange painting, there’s a huge stack of hay rolling through a land laboring in acquisitiveness towards destruction. In the midst of this, music arises. Both a snide demon and a praying angel are trying to get the musicians under their domain of influence. Heinavanker is the Estonian word for hay wagon.

Saint Joseph’s Chapel is one of few places in Milwaukee with an active acoustic in an otherwise intimate setting. The ambiance is likely to expand the resonance of the voices, particularly in interaction with each other. But those seated near the back of the Chapel are likely to hear too much, as the building’s echos casts its own stamp on the reverberating voices.

The rich harmonies and full-throated resonant voices and overtones created between singers combine for a unique soundscape. A search for Heinvanker on YouTube will lead to several complete concerts by the group. I recommend  a 2014 concert or this five minute sampler which includes some ‘overtone singing’ at the end. (This concert, however, will not include examples of Estonian folk music using ‘overtone singing’ – involving individual singers voicing two different melodic lines at the same time.)

Heinavanker will perform at 5:00 p.m. on October 20 at Saint Joseph Chapel at the 1501 S. Layton Blvd. A pretalk is scheduled to begin at 4:00 p.m. Parking is available in the lot behind the building, accessed at 29th and Orchard, and on the street.

The full program listing may be found online.

The Early Music Now series continues next month with a program “Exiled: Music of the Sephardic Jews & the Middle East” which explores the exile of the Jewish people from Spain, and their travels to the Middle East. The Istanpitta Ensemble will perform at 5:00 p.m. on November 17 at St. Paul’s Episcopal Church