By Danielle Kaeding, Wisconsin Public Radio - Oct 12th, 2018 10:05 am
Get a daily rundown of the top stories on Urban Milwaukee 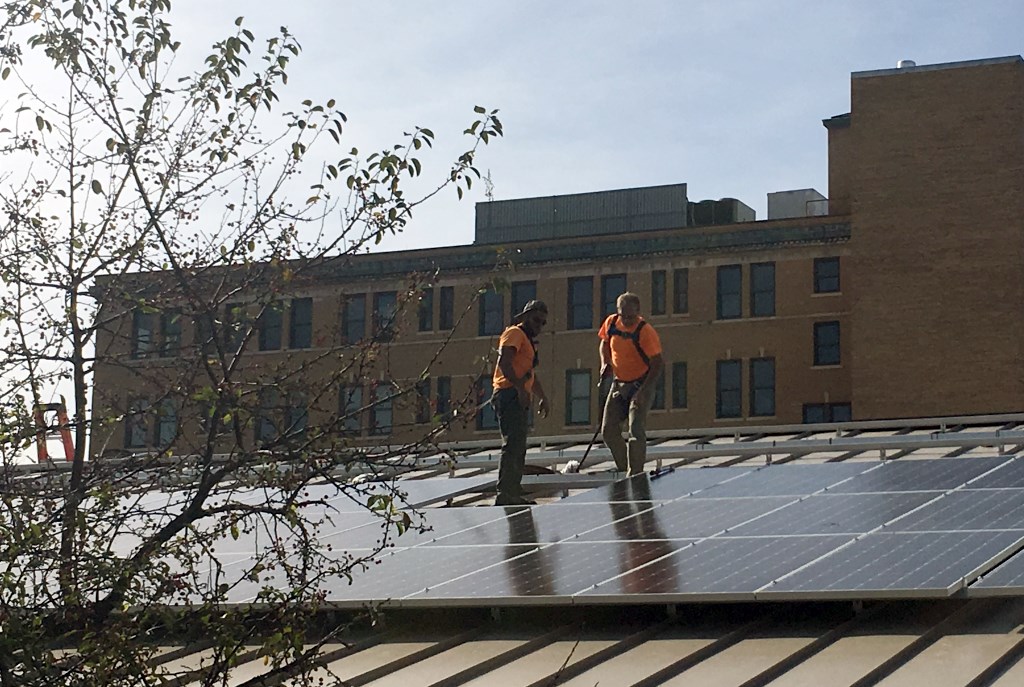 A report released this week by a United Nations panel on climate change says steps must be taken soon to avoid more severe heat, drought and flooding as temperatures around the globe rise. Local governments in Wisconsin are looking at ways to address and adapt to climate change as President Donald Trump has backed away from pledges to reduce greenhouse gas emissions.

In the report, researchers say carbon dioxide emissions need to be cut almost in half from 2010 levels in the next 12 years to limit the worst effects of climate change and environmental damage.

Milwaukee Mayor Tom Barrett said his city is already trying to cut back on fossil fuels by transitioning to renewable energy.

“This year, we are moving forward with a plan to install one megawatt of solar on city buildings and that’s about 3,600 solar panels. That’s real,” he said. “That’s happening and that’s going to have an impact.”

A working group with the Dane County Office of Energy and Climate Change is recommending the county meet one-third of its electric energy needs through solar power, according to director Keith Reopelle.

“That basically means if we were to meet a third of all of our electric energy usage in Dane County through solar, we’d have to develop 1,200 megawatts of solar arrays — solar panels across the county,” he said.

One megawatt is equal to 1 million watts of power. The average electricity consumption for a homeowner is around 900 kilowatt hours per month, according to most recent data from the Energy Information Administration.

Local governments from the southern corner of the state to the shores of Lake Superior are examining renewable energy sources or working with utility providers and private partners to reduce their carbon footprints.

But, temperatures have already gone up about 1.8 degrees Fahrenheit, according to scientists. Whether efforts are successful to further reduce emissions, communities in Wisconsin are already contending with climate change in the form of more frequent, intense rainfalls.

Local and state governments can take action to mitigate the effects of climate change, according to Paul Robbins, director of the Nelson Institute for Environmental Studies at the University of Wisconsin-Madison.

“We need better water management. We need new policies for our lake levels,” said Robbins. “We need to look at our combined sewer overflows coming out of Milwaukee — the sewage system there, as well as how we manage our drainage across the Yahara watershed, plus any other parts of the state.”

Milwaukee, along with Superior, has a combined sewer system where wastewater and storm water mix together, which can cause overflows and backups during extreme weather events. But, Barrett said the city has worked to reduce overflows through infrastructure upgrades and the addition of storm water retention ponds.

In Superior, the city is investing millions in upgrades to its storm sewer system as part of a $23.5 million street reconstruction project. The infrastructure upgrade is anticipated to reduce flooding and sewer backups and provide additional capacity down the line, according to Andrea Crouse, water resources specialist for the city’s environmental services division.

Robbins said those incentives by local and state governments can accelerate transitions to limit the effects of climate change.