And nothing shows his range better than “Eleanor Rigby” 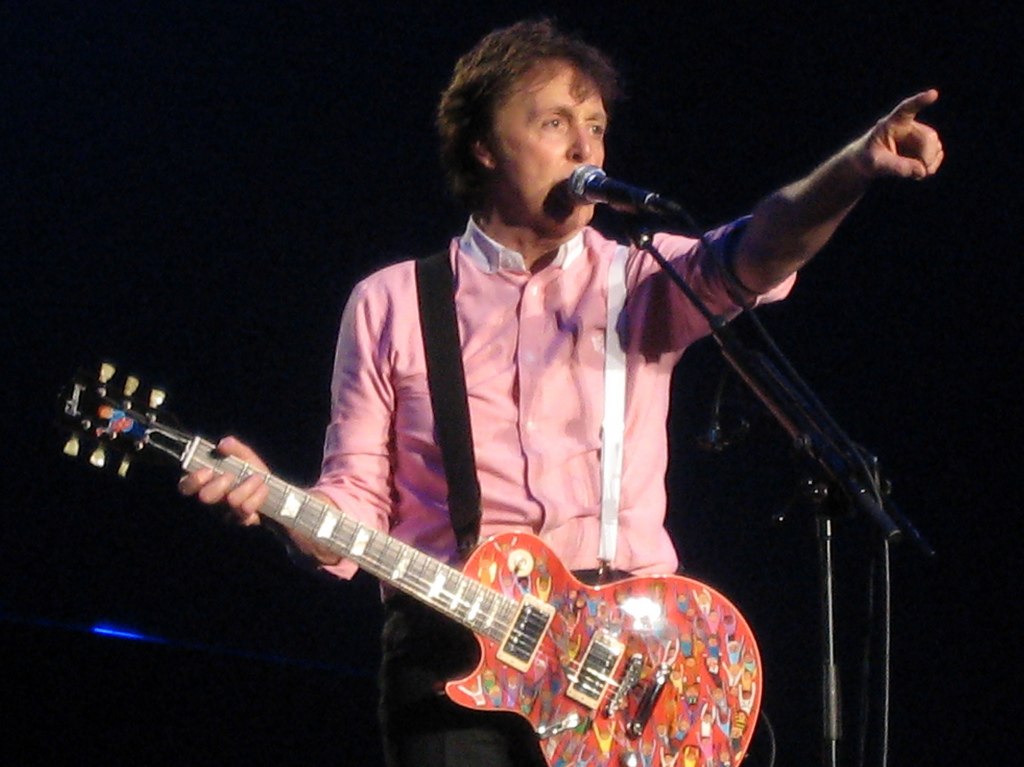 Just like a dang Republican, I’m here today to defend the rich and powerful. In this case, Paul McCartney, master of the known universe, beloved by millions, possibly billions, and lacking little. Why should we reconsider his work? Why add that final shred of respect he was missing? He seems to be doing okay without it.

McCartney’s career is, was and will always be compared to his partner John Lennon’s. Lennon always seems to come out a little ahead, having made the brilliant career move of dying young in a very tragic way. In truth, both were spectacularly gifted — if you say one was better than the other, I agree. Had McCartney lost his life early and Lennon chosen to write a bunch of silly love songs (he did actually, remember “Oh Yoko?”) the critical tables would probably have tilted the other way.

It doesn’t take much to trigger a bout of Beatles obsession on my part. I just finished a song clinic with a Beatles theme. That would have been enough, but I also do a weekly singalong called The OK Chorale (where singing okay is encouraged) which has thrown me into full mania. In this instance, it’s McCartney Mania 24-7. And James Corden didn’t tamp it down any with his ultra-viral Carpool Karaoke episode with Paul in Liverpool.

Lately I’ve noticed how even the minor entries in this man’s catalog are superb. His masterpieces, one of which we will ponder here, are pretty undeniable. But other songs, like “I’m Looking Through You,” “I’ve Just Seen A Face” and “I’ll Follow The Sun,” songs any other artist could hang their reputation on, were just another day at the office for this guy. I could go on, it’s a deep and seemingly endless subject, but there’s another mysterious aspect to his writing I want to talk about.

One of the songs in Carpool Karaoke is new. “Come On To Me,” a very energetic rocker, is a young man’s song. It’s a solid pop tune that would have been perfect for his first band, back when he himself was young. He wrote a lot of those kind at the time, but he also also coughed out sophisticated standards like “Michelle,” “Yesterday,” and the still mesmerizing “Eleanor Rigby” on a regular basis. These songs sound like they came from an older and much wiser man. Let’s look at “Eleanor Rigby.”

This sad stroll through a misty English graveyard is produced brilliantly by George Martin, who added the string quartet. He had a lot to work with. The depth in the writing, including the lyrics, must have stunned this seasoned producer. It certainly inspired him. Not many songs from rock bands featured string arrangements like this. It goes way beyond the kind of uptown gloss strings were used make pop tunes pretty. This comes from a more serious place. Inspired by classical music, it takes us to a more serious place.

The gloom and isolation is thick enough to cut; McCartney lays it out and shows he has every right to stand proudly with his contemporaries, Joni Mitchell, Dylan and Lennon.

Eleanor Rigby picks up the rice in the church where a wedding has been
Lives in a dream
Waits at the window, wearing the face that she keeps in a jar by the door
Who is it for?

Father McKenzie writing the words of a sermon that no one will hear
No one comes near
Look at him working, darning his socks in the night when there’s nobody there
What does he care?

We meet Eleanor in the first verse. She’s picking up rice after a wedding, this beautiful and very specific image draws us in. Also, she keeps her face in a jar by the door, a succinct way to suggest the artifice of facial make up that adds a strong touch of surrealism. It’s an evocative opening to the song.

Next we meet Father McKenzie. As we lift the roof and peep in on his solitary existence the mood is heavy as the clouds in November. Then the inevitable funeral and the finality of death expressed so perfectly in the last line: “Father McKenzie wiping the dirt from his hands as he walks from the grave / No one was saved.” There you have it, the human condition in two minutes and eleven seconds.

McCartney and Lennon both had an inherent talent for music. McCartney absorbed a lot early. His father was a bandleader and played songs with key changes and altered chords — in a word, more complex music. One of the things you find here and there in Paul’s songs is a flirtation with the melodic minor scale. If scales were ladders, the rungs would be in different places going up and down. Very Escher-like. The harmonic tension in this song can be attributed in part to that concept.

And what a tense song it is. Feelings aren’t facts, but some are a brick wall you run into. The mood he creates here is solid as a stone marker and as foreboding as its inscription. It’s a wonder on its own and doubly so, given the youth of its composer. Like many Lennon/McCartney songs, one writer dominates — or does it all. There’s no doubt in anyone’s mind this is all Paul.

In his latest video Sir Mac is playing a horn dog in hot pursuit. It may seem ridiculous for a man his age, but maybe he knows something we don’t. Anyway, a whole career of “Eleanor Rigby” might have been a bit heavy. The range from silly love songs to orchestral meditations on the meaning of live is vast — and so is the talent of this man.