Evers would end it. Most of money went to wealthiest 12% of state residents.

By Shawn Johnson, Wisconsin Public Radio - Oct 10th, 2018 10:49 am
Get a daily rundown of the top stories on Urban Milwaukee 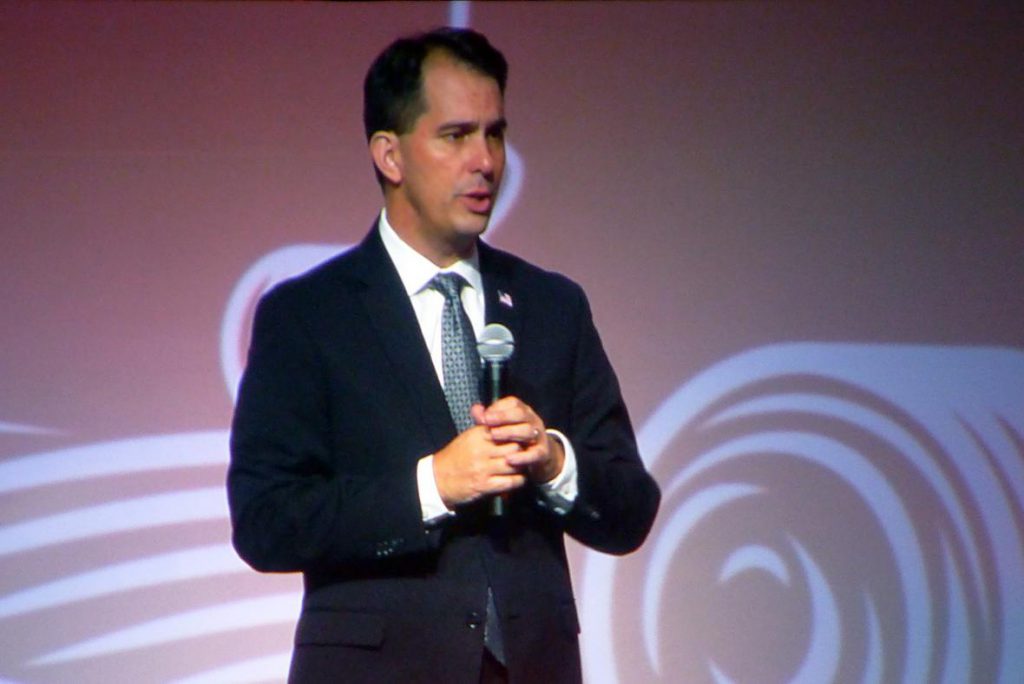 Gov. Scott Walker talks to members of Wisconsin Manufacturers and Commerce at a luncheon in Madison on Tuesday, Oct. 9, 2018. Shamane Mills/WPR.

Gov. Scott Walker used a speech in front of Wisconsin’s largest business group Tuesday to promote a tax credit that has all but eliminated the state tax burden for many manufacturers, saying efforts to eliminate it would stifle growth in Wisconsin.

It was a not-so-veiled shot at his Democratic opponent, state Superintendent of Public Instruction Tony Evers, who has called the tax credit a case of misplaced priorities and pledged to use the hundreds of millions of dollars the state spends on the credit every year for other priorities like education.

“We don’t want to go backwards,” Walker told members of Wisconsin Manufacturers and Commerce at a luncheon in Madison. “About 88 percent of all the recipients … are small businesses. Businesses that make less than $1 million a year. If we were to wipe that out, we would be taking out a lot of the growth and prosperity in the state.”

Walker signed the credit into law as part of his first budget in 2011. It was phased in over the course of several years.

“Our economy might be helping corporate special interests and wealthy campaign donors, but it’s not working for Wisconsin families,” said Evers’ Deputy Communications Director Britt Cudaback. “Tony believes Wisconsin’s tax structure should be fair, and that includes repealing the ‘Man & Ag’ corporate handout so we can instead prioritize helping hardworking families get ahead. It’s time for a change and an economy that works for all of us.”

The 88 percent figure cited by Walker reflects the total number of filers who took advantage of the tax credit according to a memo by the Legislative Fiscal Bureau.

But that same memo showed that the wealthiest 12 percent of all recipients received roughly 73 percent of the payout, an amount that totaled $159 million in 2017.