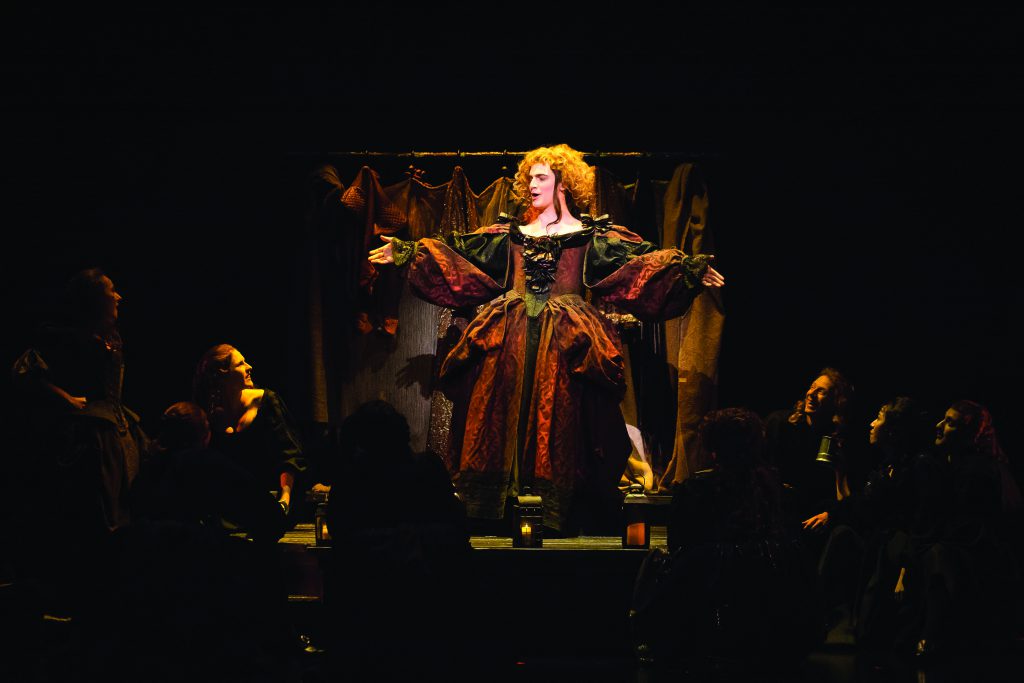 One of the things soprano Rena Harms loves about opera is you can experience the music through your entire body; it’s a powerful physical reaction. “The thing that is most magical is you can feel the vibrations in natural voices, something you can’t do when it’s amplified,” Harms says.

Harms is one of the featured performers in the Florentine Opera’s Prince of Players, which is a double premiere: the Midwest-premiere production and a world-premiere live recording. The plot revolves around a Restoration-era actor in crisis that is based on Jeffrey Hatcher’s play Compleat Female Stage Beauty, about the last male actor to perform in female roles. 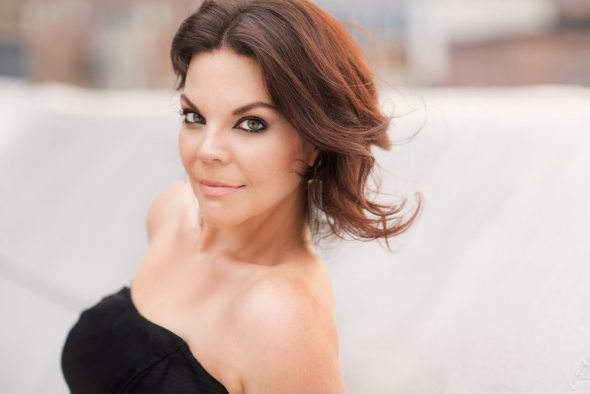 Harms voice was praised by the San Francisco Chronicle as “winningly liquid with a dramatic vividness and vocal flourish.” Harms says it’s all about understanding the story you see unfold in front of you. “I think it’s great if you already know the gist so you can let go and enjoy the costumes, orchestra, the beauty of the human voice.” And if its not in English, that can be better: “If it’s in another language you don’t have to as zeroed in,” Harms says.

Some athletes know how they’re going to perform when their feet hit the floor getting out of bed in the morning. Harms says regardless of how you’re feeling that morning, you should be able to give a certain standard of performance, and sometimes it take a while for everything to click. “Our body is an instrument. Sometimes you can’t get a feel for the audience until you reach the stage. You see the costumes, smell a perfume. There’s a lot of space between you and the audience so it’s a different feel than for a lot of singing performers.”

Many Milwaukee theaters have produced other Hatcher plays, but not this one. It was adapted as a movie — Stage Beauty, starring Claire Danes and Billy Crudup — back in 2004. The Florentine held a screening of the film at the Oriental Theatre in September.

In Prince of Players Harms portrays Nell Gwyn, based on Eleanor Gwyn, a long-time mistress of King Charles II of England and Scotland. Called “pretty, witty Nell” by Samuel Pepys, she has been regarded as a living embodiment of the spirit of Restoration England.

The opera is set in a historical time period and is based on real historical people; however, it touches on themes that are very relevant today, such as gender identity and equality, sexual preference, and their social consequences—played out in a story from seventeenth-century England. Composer Carlisle Floyd’s musical adaptation, for which he also wrote the libretto, condenses Hatcher’s story and gives it a darker, grittier quality.

In a career where playing heavier roles is commonplace, Harms has been looking forward to this show as Nell Gwyn is the comic relief of the show. “I do a lot of tragic heroine parts,” she says, such as Madame Butterfly, “but in this performance, Nell is very light, witty. She has the king wrapped around her finger. She wants to be an actress but she sort of blows it.”

“I get to share that with the audience,” she adds. “Nell is very low born. I’ll be portraying her with a Cockney accent.” And with quite a costume: Harms says the costumes are gorgeous with numerous changes during the performance. “They’re super heavy, entire gowns.”

Harms said there’s not as much pressure on her during a show like this. “In a show like Three Decembers [a recent chamber opera created in 2008 by Jake Heggie] it’s more like a play. More intimate. I could see everyone’s face in the audience.” This is a far bigger opera, staged at Uihlein Hall, and it’s more about the music, though it is after all, a play about actors.

Harms says the show is new to the performers, which adds a level of excitement. “We’re all in the same boat and we’re recording a live performance and I’m excited about that.” Florentine favorite, baritone Keith Phares, will be returning to sing the lead role of Edward Kynaston. Kynaston was famous for playing female roles, so when the king declares that a “he shall no longer play a she” he is forced to transform not only his career, but his identity. That’s complicated part for Phares, who has been a part of past Florentine productions and recordings including Sister Carrie and the Grammy-winning recording of Elmer Gantry.

British soprano Kate Royal is returning to Milwaukee to sing the female lead, Margaret Hughes. She had her Milwaukee and Florentine debut in March at “Viva Opera.”

The Florentine is one of Harm’s favorite companies so there’s certainly a comfort level when she comes back. She notes that when you return to a town you already know where the grocery store is and where she can do her laundry. “I love Milwaukee. The audience is very knowledgeable and supportive. People remember you when you come back, follow you on social media. It’s a wonderful town that way. I’ve worked with Frank Kelley (who plays Sir Charles Sedly) a bunch of times.”

And of course Carlisle Floyd has quite a history with the Florentine, which has staged his operas Susannah and Of Mice and Men, and performed and recorded a concert version of Floyd’s Wuthering Heights. This is a company that knows how to do contemporary operas, and how to make the music of Carlisle Floyd vibrate for everyone.

Prince of Players will be presented October 12th and 14th at Uihlein Hall, Marcus Center for the Performing Arts. The run time is two hours including one 25 minute intermission. For more information on ordering tickets or season packages, call the box office at 414-291-5700 ext. 224 and use the company’s website.