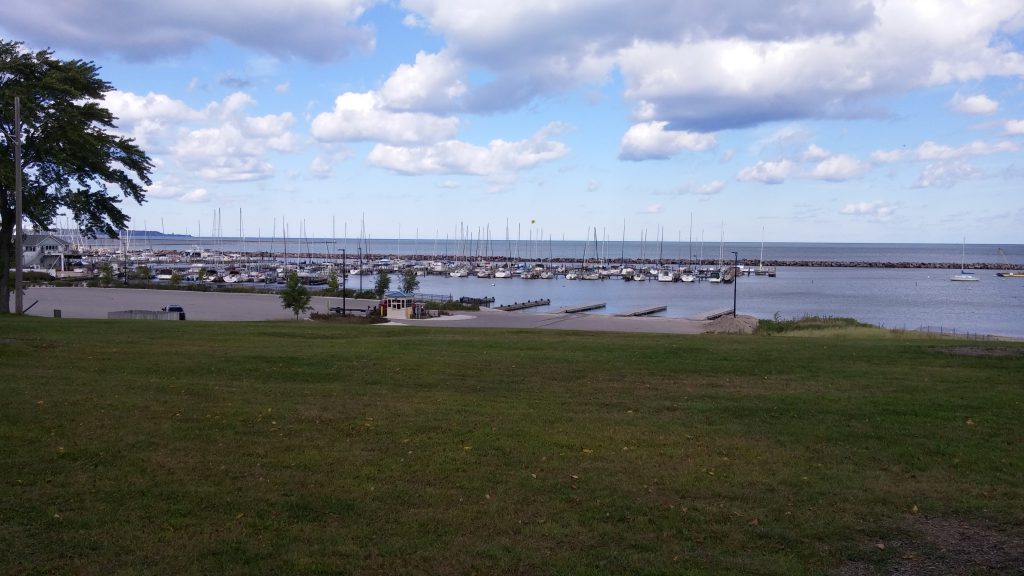 View from the former Estes estate. Photo by Carl Baehr.

When white settlers began arriving in the Milwaukee area in 1835, there were very few Southerners among them. Elijah Stone Estes, 21, who abhorred the slavery that was prevalent in his native North Carolina, was an exception. He had left his home and worked his way west. When he reached Illinois, he headed north to Chicago where he lived for a year before coming to the Cream City.

Here he claimed 160 acres of land south of Milwaukee. The property fronted on Lake Michigan for one half mile and extended inland for another half mile and included what is now South Shore Park. He built a log cabin near the shore, but he couldn’t have a successful farm without a wife, so he went back to Chicago and there he found Zebiah Wentworth, a woman four years his senior. They married in Chicago in 1836 and during the next 14 years they had six children who reached adulthood.

In the mid-1850s, the family moved to Dunkirk in Dane County where they established another farm. Estes held onto his Bay View acreage and it paid off. In 1866, a year after the Civil War ended, the Milwaukee Iron Company was founded, forming the core of what is now the Bay View neighborhood. Workers flocked to the new factory which manufactured rails for the burgeoning railroad industry and land values in the area skyrocketed.

The Estes family returned to Bay View where their land’s value had increased substantially while they were gone. Their household was smaller now, with only two children still at home. In 1871, the “Mrs. Zebiah Wentworth Estes Subdivision” was created with three streets named for the family: Estes Street, Wentworth Street (later changed to Wentworth Avenue), and Ellen Street. The family also built a new seven-room brick home on the bluff at E. Estes Street and S. Shore Drive, overlooking the lake shore. Peculiar for its time, their subdivision was in Zebiah’s name rather than Elijah’s, and an image of their home in an illustrated atlas, 11 years before Elijah’s death, referred to it as the residence of Mrs. Z. W. Estes.

Zebiah Wentworth Estes was born in Maine in 1810 and in addition to naming the streets, she has sometimes been credited with naming Bay View itself. She died there in July 1887 from “complications of diseases,” as it was reported. Five months later Elijah passed away. He’d had a stroke several years earlier and went to winter in North Carolina but when he got there he felt poorly and headed back home. He stopped at his daughter Ellen’s home west of Chicago and there he died. That same year, Bay View was annexed and became a neighborhood of Milwaukee

Lucy Ellen was the Estes’s oldest child who was known by her middle name and Ellen Street was named for her. She married a Methodist minister, Isaac Linebarger, and moved to his home in Illinois where they raised their family. Years later, Ellen recalled her childhood days in Bay View and reminisced that Lake Michigan had claimed the family’s log cabin and most of their apple orchard, leaving both several hundred feet out in the water. She also remembered the sinking of the Sebastopol in 1855 off Bay View Park and that its cargo washed ashore for days after it went down. Today, about 50 percent of the wreckage lies in the sand under 15 feet of water not far offshore.

Before her death in 1910, Ellen Estes Linebarger expressed her wish that a street on their land be named Linebarger. That wish was fulfilled the next year when the last of the Estes farmland was subdivided by her son, Judge Paul Linebarger. He created “Linebarger’s Subdivision” and christened Linebarger Terrace, the fourth and final street in Bay View to be named for a member of the Estes family. 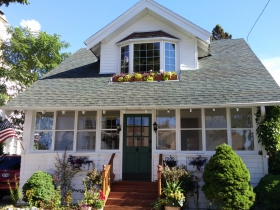 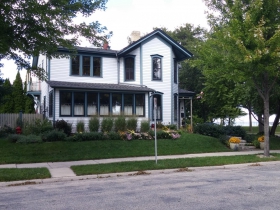 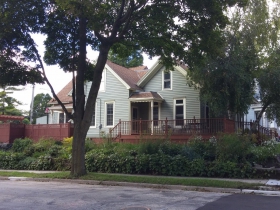 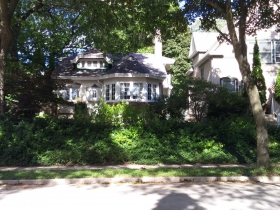 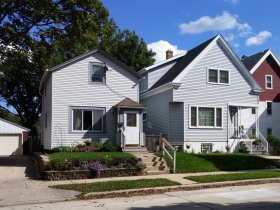 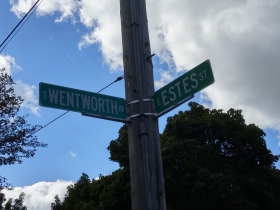