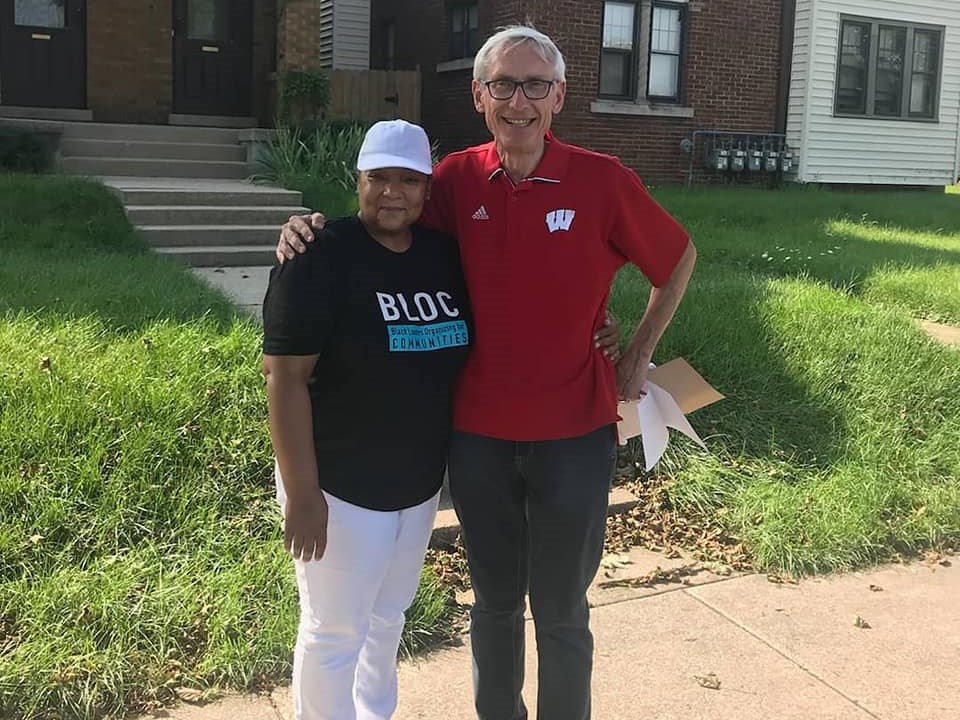 They could be the worst nightmare of the Wisconsin Republican Party: two groups who are separately working to increase the turnout for the November 2018 election. NextGenAmerica is targeting young people aged 18 to 35, while Black Leaders Organizing for Communities (BLOC) is targeting African American voters.

NextGenAmerica cites the fact that 70 million Americans ages 18-35 are eligible to vote – more than any other age group and with by far the most liberal views. But younger Americans only vote at half the rate of older Americans, a rate which NextGen hopes to increase.

As for African American voters, they have typically supported the Democratic candidate for president by 85 percent or more. But the turnout by black voters was down by 20 percent in Wisconsin in 2016, driven by lower numbers in Milwaukee, and BLOC’s leaders are aiming to turn that around.

While some have pointed to Republican-passed restrictions on voting, including photo ID, as the cause of the lower turnout, BLOC’s executive director Angela Lang tells Urban Milwaukee she thinks it was more about Democrats “taking the black vote for granted,” and presidential candidate Hillary Clinton spending no time in Milwaukee.

“If you want our vote, you need to spend more time in our community,” Lang says.

BLOC has a budget of $600,000, with five staff and 24 paid canvassers. The group is affiliated with the liberal Center for Popular Democracy, whose top funder is conservative bete noire George Soros, along with other liberal individuals, foundations and labor unions.

By the August primary, BLOC had knocked on 18,656 doors, asking residents their concerns and urging them to vote. The results could be seen in the August election results, which had a bigger turnout of African Americans than expected, with a big vote for Earnell Lucas for sheriff and Mandela Barnes for Lieutenant Governor.

NextGenAmerica is funded by Tom Steyer, the former hedge fund manager with a net worth of $1.6 billion, who was the largest single donor on either side of the 2016 election—spending $86 million. Steyer has also spent at least $10 million for a television ad campaign advocating the impeachment of Republican president Donald Trump.

Steyer has so far spent $32 million on NextGen, which calls itself “the largest youth vote effort in history.” The group has targeted 11 key states, including Wisconsin, where the organizing effort has gotten “an initial investment of $2.5 million,” suggesting there still could be more money.

The group has put a particular emphasis on university students, with “60 paid staff and 300 volunteers working across 26 college campuses to give students the information they need to get registered, acquire a voter-compliant ID and cast a ballot in this election,” a press release notes. And those numbers are all for Wisconsin; the national effort is far bigger.

Wisconsin has been a big success, where the group says the share of youth registrants has risen by 5.64 percent — “one of the largest in the nation.”

NextGen has been at work since 2014 but only since November 2017 in Wisconsin. Its effort got a shot in the arm after the February 2018 shootings in Parkland, Florida galvanized young people around the issue of gun control. “We’re seeing unprecedented levels of engagement” says Tom Fischl, NextGen’s organizing director for Wisconsin.

NextGen has created a national ad declaring that if all 70 million young voters go to the polls, they can get policies passed to address gun control, racial justice and student debt.

Lang and BLOC have come up with a unique way of motivating voters called “Silent Canvassing,” where political candidates they favor visit neighborhoods and do doors not to talk or speechify, but simply to listen to constituents and their concerns. Democratic gubernatorial candidate Tony Evers is among those who did this and he enjoyed it, says Lang.

NextGen cites research conducted during the 2016 election which showed that having young people sign a pledge to vote greatly increases their likelihood of turning out to the polls, particularly if they have never voted before. In Wisconsin, the group has already collected 39,000 pledges to vote from young people this year.

Both BLOC and NextGen help register anyone who requests it, but expect that most people they contact are Democrats or espouse liberal views. Younger voters do not necessarily think of themselves as Democrats, says Fischl. “Young people don’t identify with either party but will vote for people are with them on the issues,” he says.

The two groups’ efforts could build on an edge polls already show for Democrats, that the party’s voters are more enthusiastic about voting in November. Meanwhile, Republican organizers told the New York Times they are worried that their own voters are complacent and believe reports of a Democratic “blue wave” are simply “fake news.” Trump and the Republicans, it seems, could be hoist on their petard.