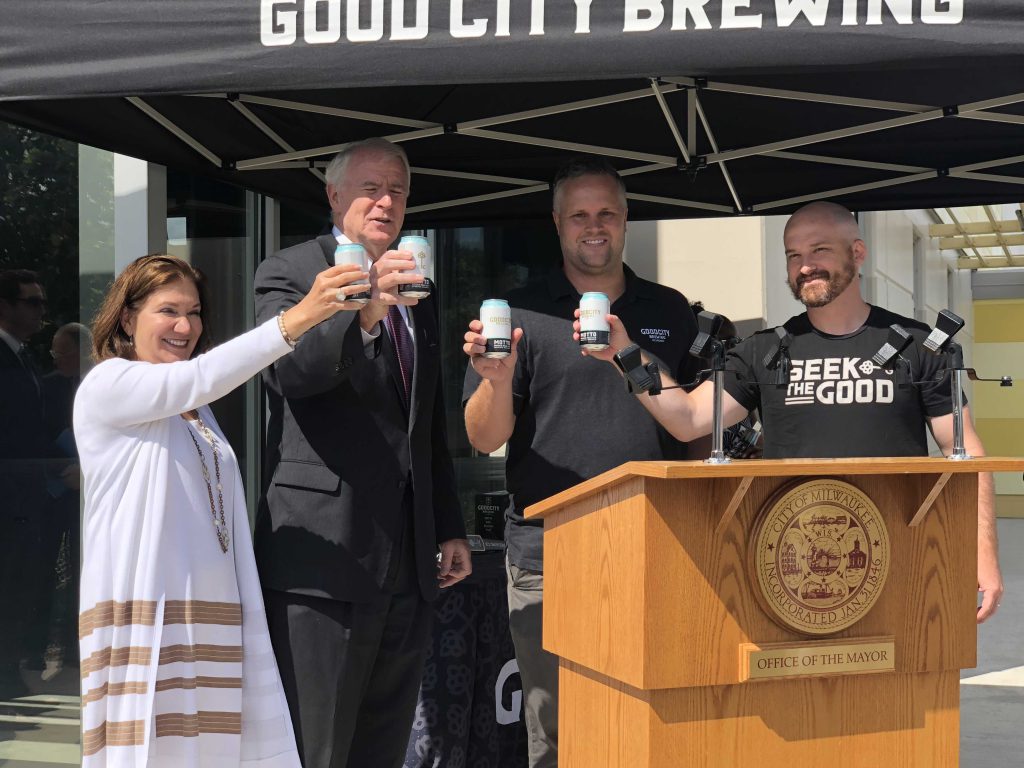 Good City Brewing is moving forward on its plan to acquire Century City I, the first modern industrial building constructed on the former Tower Automotive site.

Good City will relocate its office and warehouse operations, moving from its N. Farwell Ave. location to the 51,160-square-foot building. The company hopes to use the building to brew beer within two years as it continues to expand.

To support the move, the city and partner General Capital Group are each planning to take a $400,000 loss on the challenging project.

Katt, who leads the brewery with co-founders David Dupee and Andy Jones, said all of his partners are city residents that “love Milwaukee and love good beer.”

“We are excited as city residents and business owners to not just be opening another location Downtown,” Katt told the committee. “It’s a state-of-the-art building; there isn’t anything remotely comparable to it close to our current location.”

The brewery will initially occupy the southern third of the building at 3945 N. 31st St., leaving four bays available for potential co-tenants. Katt told the committee that he is leveraging his background in real estate to find tenants for the remaining space.

“We have a couple prospects that we’re talking with. We are going to be incredibly flexible with the amount of space people want and the terms,” Katt said. “People make small decisions easier,” he added while describing how people have been “blown away” by the quality of the space once he’s gotten them inside.

Should Good City and its future tenants desire to expand even further in the future, the brewery will have plenty of room to do so. The building sits on a 4.5-acre site.

Good City will employ six to as many as 10 office employees and up to four warehouse workers when it first opens in the Capitol Dr. building, Katt said in late July when the deal was announced. The brewery intends to hire employees from nearby neighborhoods.

Area alderman Khalif Rainey, who chairs the zoning committee, praised Good City. “I’m not only excited because we now have the first domino fall in Century City, but I like the business model of Good City itself,” he said.

The city and General Capital Group invested $800,000 in the deal to construct the building in 2016. That investment was supported by a $3.5 million loan from the city-controlled Milwaukee Economic Development Corporation.

To acquire the property Good City will assume the remaining debt, approximately $3,050,000. The brewery’s real estate affiliate will not buy out the equity of the partners; instead the city and General Capital each will absorb a $400,000 loss on the project by writing off their equity.

The property is currently assessed for $1.78 million.

The city’s loss won’t impact the city budget or the payback on the Century City tax-incremental financing district. The city’s contribution came from the sale of federally allocated New Market Tax Credits.

Despite the financial loss, Alderman Robert Bauman said he still supports the deal and would vote for it again. He described the redevelopment of the massive manufacturing campus as “challenged,” but said the alternatives were far worse.

Department of City Development Commissioner Rocky Marcoux said he was optimistic about the future of Century City now that the brewery will be a permanent anchor, but that challenges still remain. “It’s going to continue to be a big lift over there,” he cautioned.

The committee supported the sale, no matter the difficulties. Bauman and Rainey were joined in supporting the deal by the three other members of the committee. The proposal will next go before the full council.

Good City hopes to close on the purchase in October.

The new building was leased temporarily by ProStar Surfaces, which built two courts for the Fiserv Forum in the space.

Nearby, Talgo is leasing space in a former Tower Automotive building. Talgo first used the space to construct high-speed rail train sets for Wisconsin, Oregon and Washington, but closed after that work was completed. The company recently reactivated the facility with the announcement of a contract to rebuild subway cars for Los Angeles. 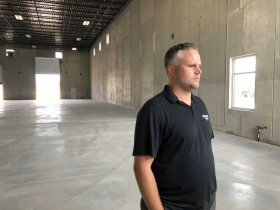 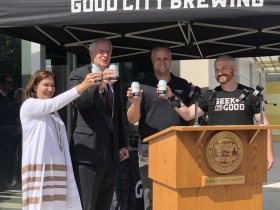 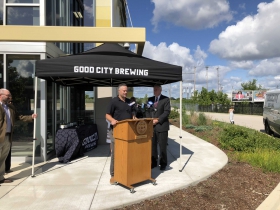