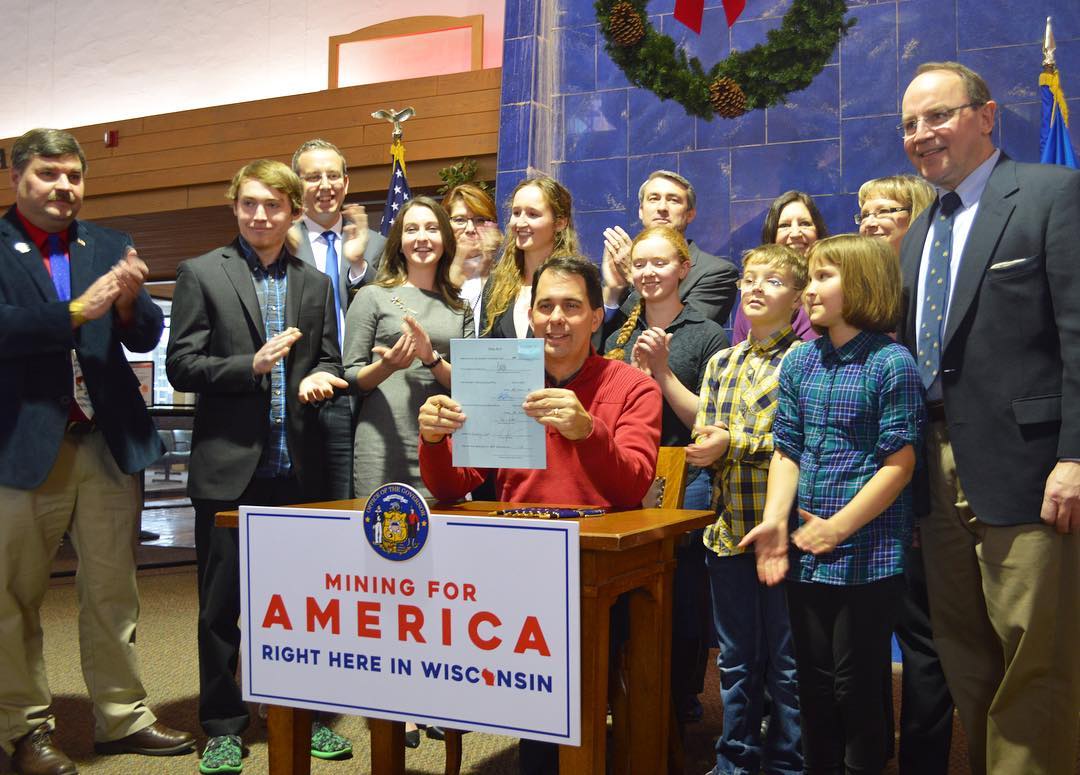 In the Governor’s first two years in office, average deliberation time of a bill was 119 days, compared to a 20 year average of 164 days. For comparison, during the 1997-98 session under Governor Thompson, it took an average of 227 days for a bill to move from introduction to becoming law.

The new study is a project of the nonpartisan Wisconsin Center for Investigative Journalism. The center sought to answer the question Is Wisconsin’s democracy declining? Former Capitol reporter Dee J. Hall is Managing Director of the Center.

“I noticed that some bills in the Legislature sprang up with little or no warning and were quickly approved, giving the public and opposing parties little chance to influence the course of the legislation,” wrote Ms. Hall.

Examining the public’s opportunity for input in crafting new laws was a measure of democratic involvement in the process. The longer a bill takes to become law, the more opportunities for members of the press to report on, and for the public to influence the proposal. Investigators examined the process and followed more than 3,500 bills over the past 20 years. They used the 48-days from introduction to enactment for the Foxconn corporate subsidy as a benchmark for fast-tracked legislation.

Since 2011, more bills were fast-tracked, and it was changes in the legislative process that led to quick movement of bills.

Small but significant changes take place in the function of committees that limit public involvement. Changes like shortening the length of notice before a public hearing; providing a public notice on one version of a bill and then offering a complete rewrite shortly before the public hearing; time limits for those testifying; limiting questions from committee members; allowinginvited testimony only in a public hearing or voting on a bill immediately following the public testimony.

While many of these techniques were used before, there was in 2011 there was a dramatic increase in the frequency of these methods.

Inadequate notice of public hearings often means only those groups with a full-time lobbyist in Madison are able to testify. Short notice makes it difficult for committee members to understand the details and consequences of proposed legislation. Limiting testimony stifles thorough discussion. Information gathered during a public hearing can be skewed by inviting only those in favor of legislation; or by limiting the input of those opposed.

I remember well the public hearing on a bill to limit local people’s voices in sand mine operations. Many people traveled by bus from western Wisconsin to testify before the Senate mining committee. The first six hours of the testimony came from those who benefited from the legislation – none of whom lived near a mine. When the committee chair finally called those opposed to the bill, which was the majority of people at the hearing, it was very late in the afternoon. Folks who made the trek to Madison had to catch their bus home before they could testify.

The data from the Wisconsin Center for Investigative Journalism study certainly supports my experience as a Senator. In the 2009-10 session, when Democrats controlled both houses and the governorship, bills that became law took an average of 159 days to do so, spending an average of 91 days in the Senate. Thirty-nine bills (9.6%) qualified as “fast-tracked” by investigators’ definition.

For comparison, 2011-12, when the GOP had complete control, bills that became law spent an average of 57 days in the Senate, 119 days to move through the entire process and 74 bills (over 25%) were fast-tracked. This is the fastest average of any legislative session in twenty years.

Speed and secrecy are the exact opposite of what’s necessary for a successful democracy.

Alexandra Petri, a newspaper columnist and daughter of former Congressman Tom Petri, captured perfectly how the legislative process should work. She wrote, “Bills ought to be passed with deliberation by committees. Change should be achieved in a bipartisan manner. Incrementally, day by day, we should reach a consensus – not perfect, by any means – but something that we can be proud of nonetheless.”

One thought on “Op Ed: Fastest Legislators in Modern History?”