Parking garage at base of new 25-story tower is now visible. 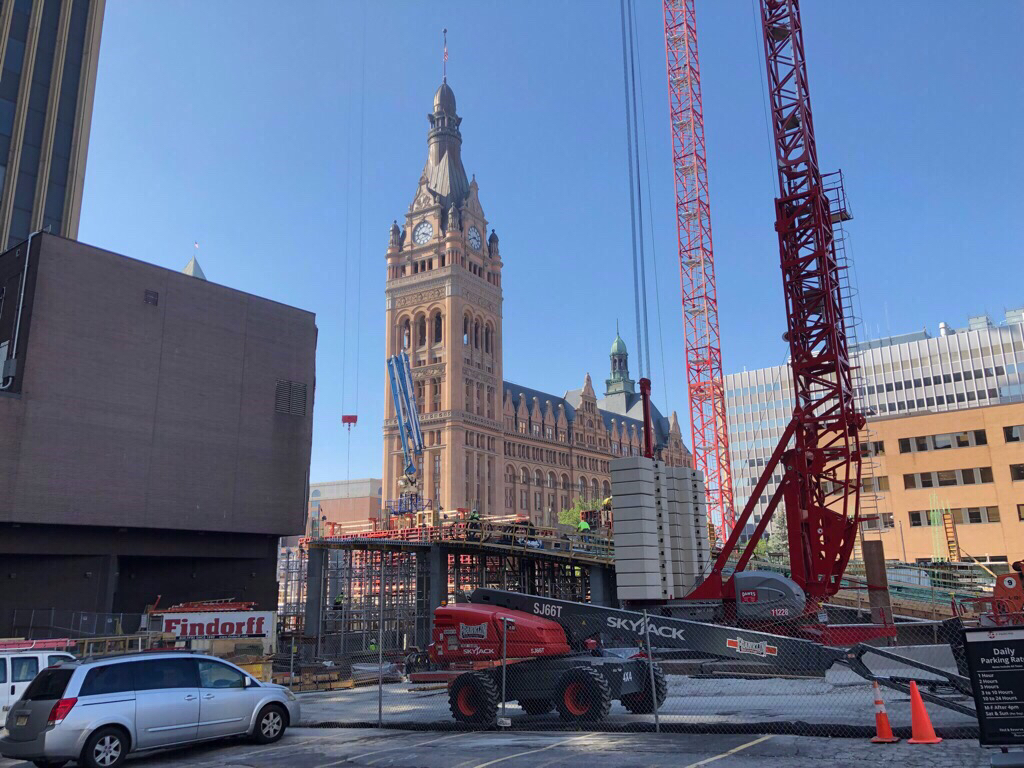 In March we warned you that a rare view of Milwaukee City Hall wouldn’t last for long, and sure enough, six months later it’s quickly disappearing.

Irgens Partners, through contractor J.H. Findorff & Son, is moving full speed ahead on the redevelopment of the former M&I Bank building parking garage site into what will become a glass-clad, 25-story office tower.

The $132 million, 359,920-square-foot tower will replace the 417-stall parking garage at 790 N. Water St. BMO Harris Bank, which acquired M&I Bank in 2011, will occupy 123,000 square-feet in the tower, spread over floors 11 through 15, with a flagship, two-story bank branch on the corner of N. Water and E. Wells streets. Law firm Michael Best & Friedrich will lease 59,000 square-feet of space spread across two-and-a-half floors at the top of the tower.

An eight-level parking garage at the base of the tower, the first floors of which are now clearly visible, will include 647 parking spaces.

Findorff led a 25-hour concrete pour in June to build the foundation for the structure. Crews poured 13,980 tons (6,700 yards) of concrete into a hole the size of a half block, and actually finished well ahead of schedule despite the 670 trips required. The foundation has an estimated cost of $2 million.

As part of the big redevelopment scheme, Irgens will also redevelop the existing tower. That part of the project won’t start until 2020 at the earliest. Developer Mark Irgens has suggested a mix of uses could be included in the overhauled tower, including “workforce housing,” a hotel or office space.

The tower is scheduled to open in December 2019. Design work is being led by Kahler Slater. 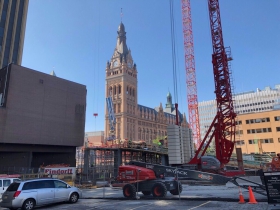 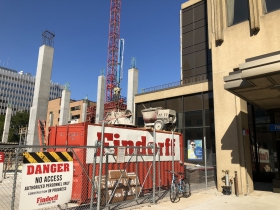 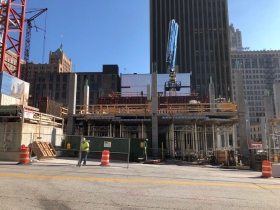 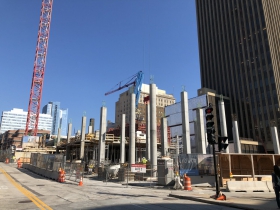 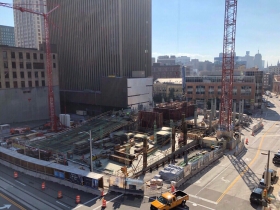 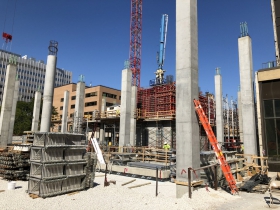