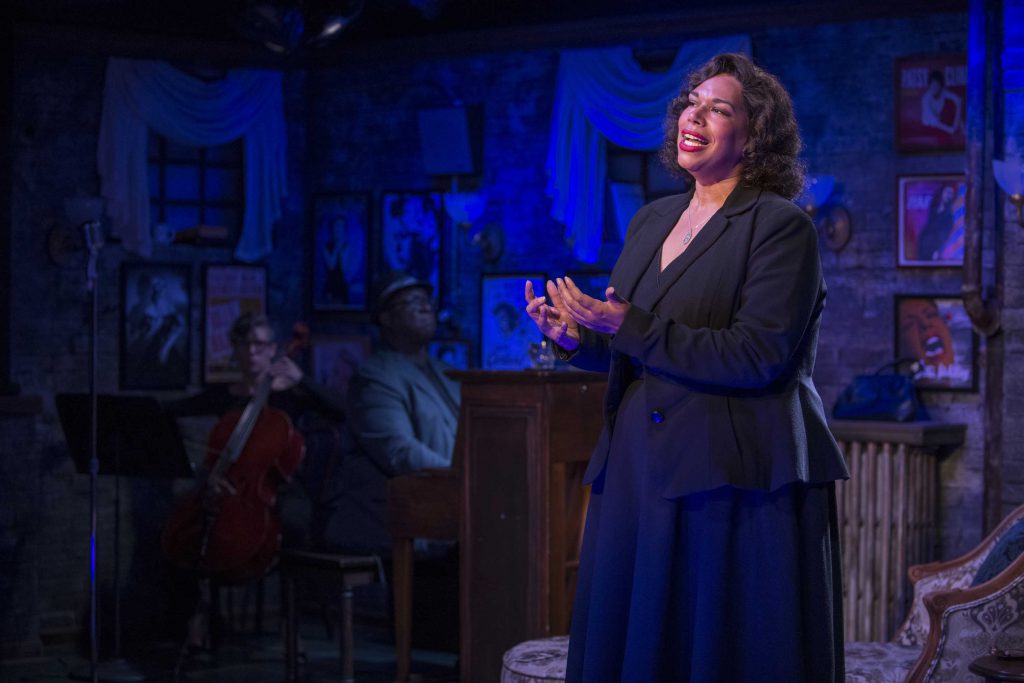 Milwaukee Repertory Theater presents the American Premiere of Songs for Nobodies by Joanna Murray-Smith in the Stackner Cabaret from September 7 – November 4, 2018 featuring Bethany Thomas with Abdul Hamid Royal on Piano and Alicia Storin on Cello. Photo by Michael Brosilow.

The Milwaukee Rep formally opened its renovated Stackner Cabaret Sept. 9, neatly redecorated and expanded in table seating to about 190 customers, with a second bar outside with large TVs for live streaming and (inevitably on opening night) a crowd eager to watch the Packers miraculously come back against the Bears after the music subsided.

It is the Rep more than the crowd that’s determined to make each outing something deeper than a cabaret revue. So the shows are tricked out in elaborate sets, sound effects and lighting – more than needed to please these patrons but also offering theatrical elements of timing and stage interplay they do appreciate. The opening show of the season, “Songs for Nobodies,” is actually a dialogue play with music structured around all the young “nobodies” who encounter the famous.

It is built piece by piece by one fabulous singer, Bethany Thomas, handling the stylings of and reactions to five famous divas (Judy Garland, Patsy Cline, Edith Piaf, Billie Holiday and Maria Callas). She channels not only their voices but the very different young women who encounter them — in a hotel restroom, backstage, at a nightclub, in a family memory or on a yacht.

We all are the “Nobodies” who learn something from the divas and ourselves in a series of encounters proficiently overwritten by a talented Australian playwright, Joanna Murray-Smith.

She has fashioned an intriguing device – a series of soliloquies with music by different fans who encounter each of the singers in their natural environment. Each diva is represented by one (or two) of her most famous songs with one actress (Thomas) creating different characters and accents for each encounter –  something deeper than mimicry and something more skilled than putting on accents from Southern to British to Irish.

If anything, director Laura Braza and performer Thomas are too eager to shape every joke, every sustained note, every insight, every play on words. We stand somewhat in awe of the professionalism and certainly in awe of Thomas’ voice and ability to catch the phrasings and vocal ranges of such very different singers.

The problem may be that it’s harder to move from awe to emotion at the power and personalities of the performers being honored, though the music alone as delivered by Thomas will bring several huzzahs.

Save a few huzzahs for the nonflamboyant duo who may seem to do very little but subtly add a lot – music director and pianist Abdul Hamid Royal and cellist Alicia Storin, finally freed from behind the scrim where the Rep placed her during the play, “An Iliad.”

Thomas is eager to demonstrate chameleon ability with a look or a wink as well as her voice, constantly keeping the audience attentive to some socially provocative comments from the playwright as we meet very different women.  Her’s is an exceptional voice, with a lower register of surpassing beauty and strength. Yet in her brief essay into Maria Callas territory, Thomas closes off that lower range to demonstrate on a higher plateau that Puccini is deliciously in her corner.

It will surprise Rep patrons who have absorbed Thomas’ skill with blues and gospel in past shows to note that, in a combination of weaker dialogue and more obvious mimicry, the shakier section explores jazz singer Billie Holiday with such usually moving outings as “Strange Fruit” and “Lady Sings the Blues.” But only when Thomas curls around an old-fashioned microphone and lets Holiday’s subtler syncopation wash over us do we get a feeling of the real Lady Day.

Far more captivating is her robust  country “Crazy” and “San Antonio Rose” of Patsy Cline, perfectly saluting one of America’s most eminent singers.

For my money, though, her best is an Edith Piaf sung in French, with a famous long sad song broken up into a meandering tale – yet it is a tale that explains better than many have the myth and powerful meaning Piaf holds on her nation and the world.

The renovation (eliminating the wall between the bar and stage) with $1.7 million in special funds is not just for show. Expanded seating could mean $600,000 more in revenue each season for the Rep, catering to a Milwaukee crowd appreciative of the dining opportunities as well as the dips into themed popular music.

The play concept, despite some engaging moments and a remarkable detailed presentation, did strike me at times as the long way around to produce the literate and music rewards it did. But there are rewards, all on display through Nov. 4. 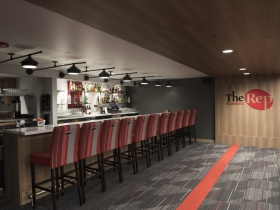 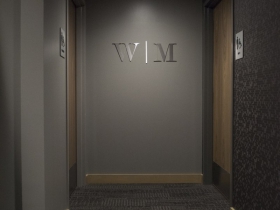 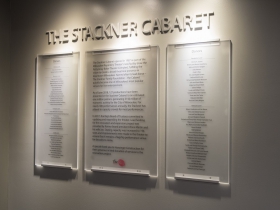 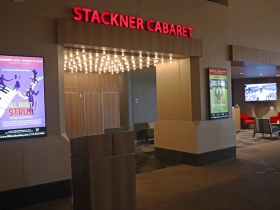 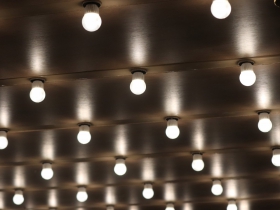 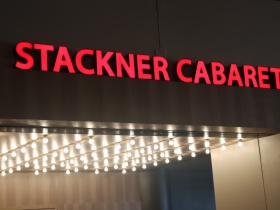