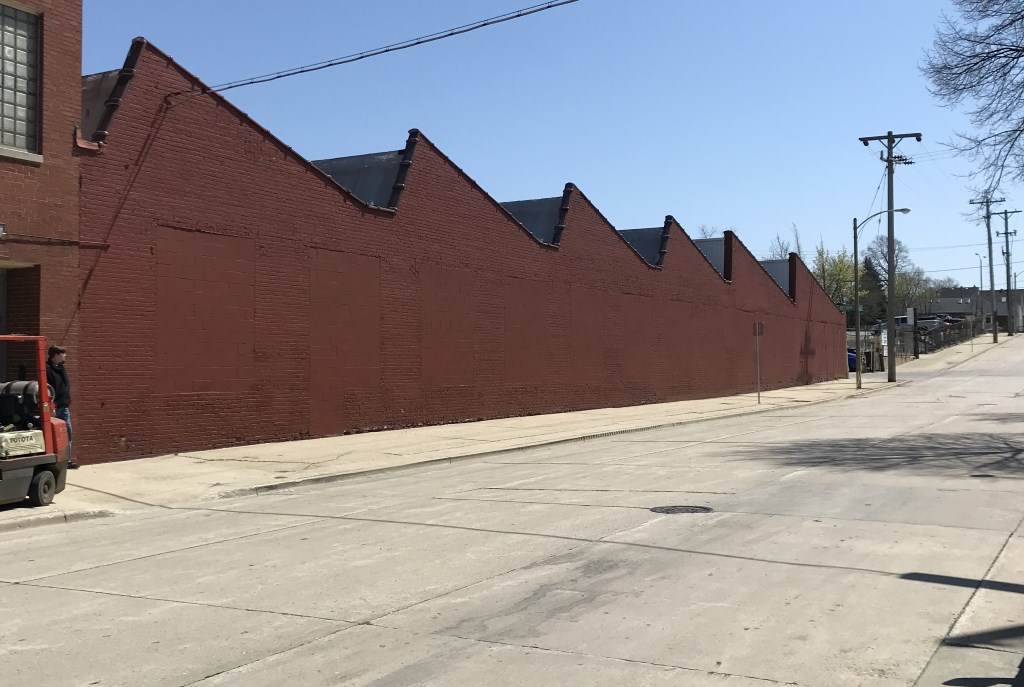 A Bay View brewery is taking steps to expand its reach in the neighborhood.

A second Enlightened Brewing Company location is slated to open inside the former Louis Allis Motors plant at 427 E. Stewart St., less than a mile away from Enlightened’s current digs at 2018 S. 1st St. Owners James Larson and Tommy Vandervort plan to have the new brewery and taproom open by the end of the year. Vandervort says they are “hoping” to begin construction sometime within the next two weeks.

“We’re not in a hurry,” says Vandervort. “We want to make sure everything is buttoned up [at the new facility].”

Space was one main issue that drove the company to expand. The current 3 1/2 barrel setup was intended to support the brewery longer than it did, at times limiting production.

“We maxed out a lot more quickly than we thought we would, which is great, but it hamstrings us,” he says. 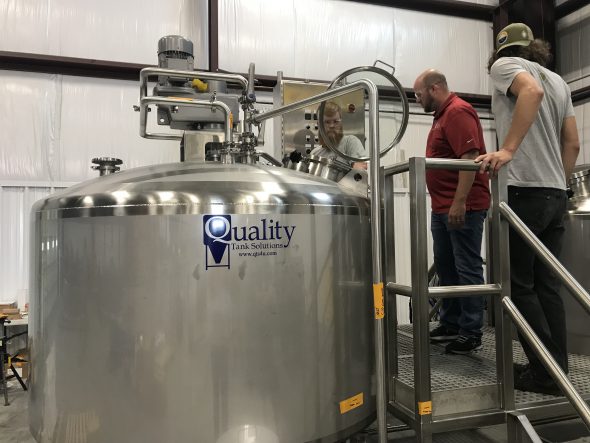 In order to keep year-round beers on tap for the whole year, production has to be constant. One batch lasts about a week or two, and a back-up tank needs to be available to replace it when needed.

The expansion will give Enlightened more leeway on the products and services they can offer on-site. At 14,000 square feet, the facility will have room for a new brewery and 3,000-square-foot taproom. In comparison, the current facility operates with only 1,800 square feet. Vandervort says they will have a fabrication shop on-site, where the company can work on additional projects and equipment maintenance. They also hope to offer cans and bottles, as well as some retail, which the current facility just does not have room for.

The new taproom will replicate its predecessor’s coziness, just with a bit more elbow room.

“We want to create a space where people can come and have a conversation, but right now the taproom fills up so quickly,” says Vandervort.

A larger brewery will also allow Enlightened to keep up with production demands, as well as give them a chance to build up a bit of inventory. The current brewery has a very manual and mechanical system. On the contrary, the new system is not quite automated, but is still designed to be much more efficient. The Wisconsin-based company, Quality Tank Solutions manufactured the new tanks, made from American steel. The new system will be easier to clean, and it will produce more beer from the same amount of grain.

Vandervort expressed that the company prefers to grow slowly but steadily. The brewery does not have any new partnerships slated for the second location, but they hope to speak with local bars and restaurants about collaborating in some capacity. Vandervort says they would be happy to work with any “supportive, local beer program.”

While the company hopes to grow their footprint in southeast Wisconsin, Vandervort also says they do not have any plans to distribute on a large scale.

“Sometimes people grow too fast and grow fat instead of growing strong,” he says. “It depends on how thirsty people are, so we’ll see where it goes from there.”

All in all, Vandervort says the company is thankful to anyone who has supported the brewery, including Quality Tank Solutions and the new building’s landlord, Mike Doro.

“When I started out I was a home brewery wanting to work in a real brewery,” he says. “I have to pinch myself everyday that we’re actually doing it, and I’m thankful to anyone who’s drank our beer.”

The current taproom will remain open as is until construction is finished on the Stewart St. location. Vandervort says they will continue to operate the flagship brewery and taproom with no plans to sell, but they are still “kicking around ideas.” Possibilities for the space include using it for pilot batches and experimental beers, as well as a possible private event space. Construction on the new facility is planned to last about 60 days. Once completed, the company will add finishing touches on the taproom before opening.