Fiserv Forum Kills With The Killers

Fireworks, confetti, a splashy new arena with cool bathrooms plus the Violent Femmes. 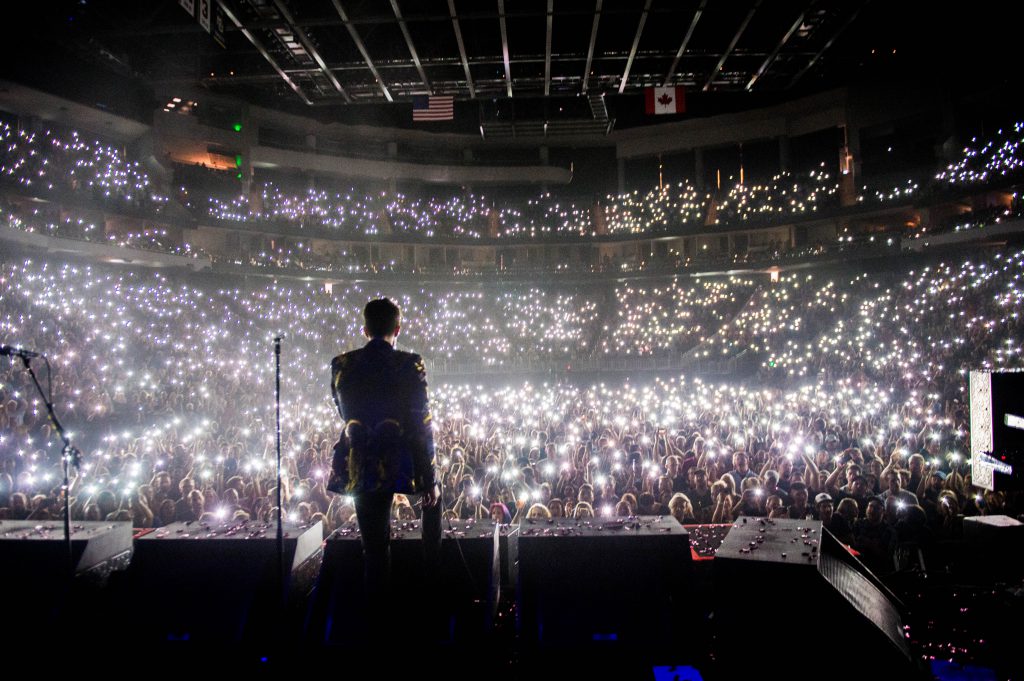 The Killers at Fiserv Forum. Photo by Rob Loud. All Rights Reserved.

Drowned in a mix of confetti, fireworks and spilled beer, the Fiserv Forum is now officially open.

The new $524-million arena was put to the test Tuesday night by The Killers. The Las Vegas-based band, which is gearing up for an international tour, is led by lead singer Brandon Flowers, who sported two different flamboyant suits throughout the nearly two-hour show.

“I know this is a new arena, so we don’t necessarily want to blow the roof off, but we want to test the foundation a bit,” said Flowers. The band made full use of the large stage afforded by the new venue, including multiple massive projection screens, a water tower with the word Milwaukee on it and an extensive lighting system.

Bookending their ever-growing catalog of hits, The Killers provided two distinctly Milwaukee moments. The band walked on stage while a reshot segment of Wayne’s World played, with Alice Cooper having re-voiced his lines to honor the opening of what he called “The Wisconsin Entertainment and Sports Center” (showing just how last minute the naming rights deal was) and The Violent Femmes. Cooper still offered the classic riff on the pronunciation of “Mil-e-wah-que,” but added a few more topical jokes, including a new French-styled pronunciation of the Violent Femmes.

More notably, the band brought the Femmes on stage to join them in a rendition of the Laverne and Shirley theme song “Making Our Dreams Come True.” Beyond being a local act that could help sell tickets, the Violent Femmes have a special significance for Flowers. The artist said the second concert he ever attended was to see the Milwaukee-based band.

Flowers seemed impressed with the new arena. “What’s up Milwaukee? Can you believe this? We have been playing that dingy-ass, haunted-ass Eagles Ballroom for 15 years,” said Flowers between songs early in the show. Guess that means they won’t be doing that anymore.

Delivering plenty of energy all-show long, Flowers and The Killers rolled through their catalog of hits dating back to 2003. They opened with “Mr. Brightside” and closed their original music with “When We Were Young.” A fan, “George from Milwaukee,” last name unknown, joined them on stage to play the bass for “Reasons Unknown.”

The Violent Femmes opened for The Killers, playing to an arena much larger than one they would normally command. The band, which formed back in 1980, made the unusual choice to play their hit “Blister in the Sun” early in the set to a half-empty arena, which felt highly anti-climatic at the time. But being conventional has never really been the modus operandi for the three-piece band. Unlike more traditional setups, the drummer plays standing up between the other two members, and they joined The Killers onstage with drummer John Sparrow playing atop a charcoal grill. All that said, by the time the Femmes reached the end of their one-hour set, they were blasting their other classics, “American Music” and “Add It Up” to a full house.

While the place felt full, and largely looked it, empty seats could still be found in small groups, including six within arm’s length of mine. This likely reflects less upon the desire to see the new building and The Killers, and more on the fact it was a Tuesday night concert following a holiday weekend that was announced a little more than a month ago. Case in point: tickets were selling on SeatGeek the morning of the show for as little as $13.

Still, attendees were quite pleased with what they found at the new arena. A quick stop at the outdoor deck at the Panorama Club revealed a number of people taking selfies with the skyline. The food and beverage lines were long before each band went on. People were engaging with the large art collection. Even the bathrooms drew raves. “I really enjoyed the table in every stall,” said friend Megan Krug after emerging from the bathroom with beer in hand. Another friend offered higher praise: “I think this was the best concert I ever went to.” 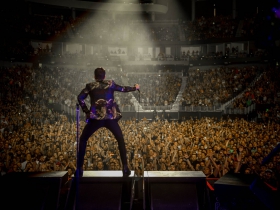 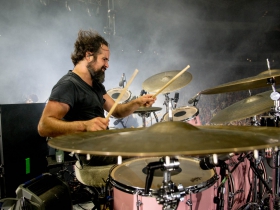 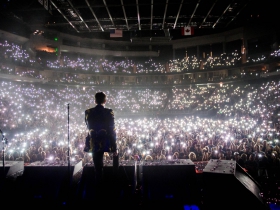 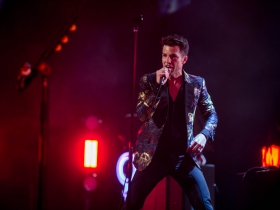 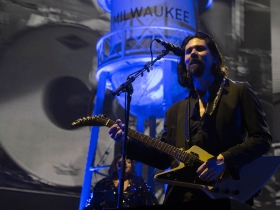 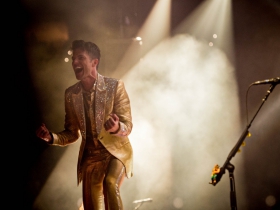 One thought on “Eyes on Milwaukee: Fiserv Forum Kills With The Killers”