By Sarah Lipo, Milwaukee Neighborhood News Service - Sep 3rd, 2018 11:36 am
Get a daily rundown of the top stories on Urban Milwaukee 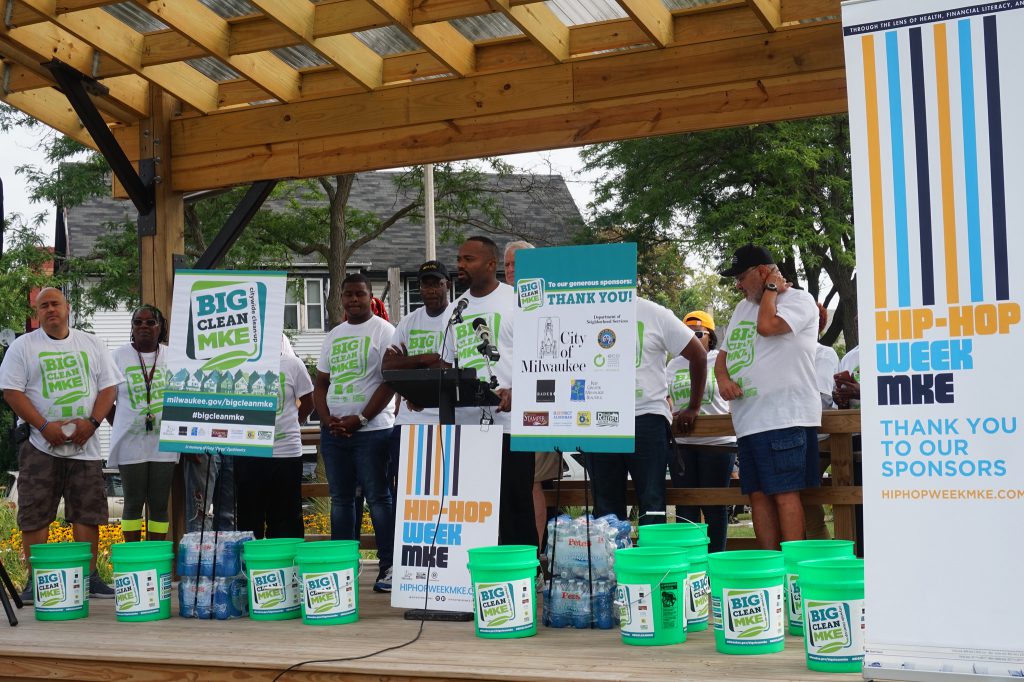 A citywide cleanup conducted as part of Hip-Hop Week also honored the memory of Greg “Ziggy” Zyszkiewicz, an employee of the Department of Neighborhood Services who was killed in March 2017 while carrying out his duties.

Mayor Tom Barrett said at the cleanup event that Zyszkiewicz, who was 64, gave his life to make this city better.

“And with his loss, I think it is incumbent on us to carry the torch. I think all of us, every single resident of this city, can play a role in keeping this city clean,” Barrett said.

Ald. Russell Stamper said that his office often gets calls about cleaning up trash in the inner city.

“We have to get the mindset to change, to get people to understand and to take pride in their community,” Stamper said. 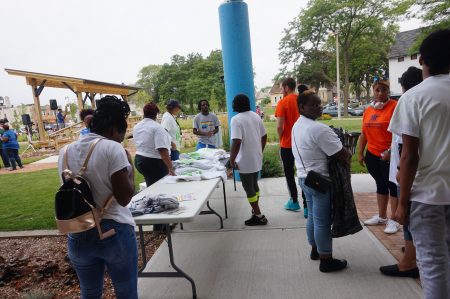 Big Clean MKE, sponsored by the City of Milwaukee, Bader Philanthropies and Keep Greater Milwaukee Beautiful, took place at four locations throughout the city, in conjunction with the city’s first Hip-Hop Week MKE.

The event kicked off at Fondy Food Center, 2200 W. Fond du Lac Ave. After the cleanup, volunteers were invited to a picnic lunch at the center.

According to Ald. Khalif J. Rainey, Hip-Hop Week served as a way to bring people together in a safe space to be entertained and discuss how to improve the lives of Milwaukee residents. He added that empowering people is central to Hip-Hop Week’s mission. In addition to the cleanup, activities included financial and health seminars and concerts throughout the city.

Edward Wingard, a Public Ally with Milwaukee Public Schools, said that Hip-Hop Week created a platform for local artists and brought together a diverse crowd.

Stamper said he hopes that as the city becomes cleaner, there also will be less violence.

“The potential that we have is unlimited and I feel like if we can get the community to be clean, and for people to stop littering, people will take pride in their neighborhood and there’ll be a stop to the violence,” Stamper added.

R’Tianna Williams, one of the younger volunteers at West Care Wisconsin, said she believes it is important to keep the city clean.

“Kids my age … [can] come out and help in the community,” she said.

Stamper said he hopes that Big Clean MKE will have a positive impact throughout the city. “We have a beautiful city, and we need to showcase that.”