Why Walker Must Go Negative

Governor is so unpopular he must bludgeon his opponent or change his identity. Or both. 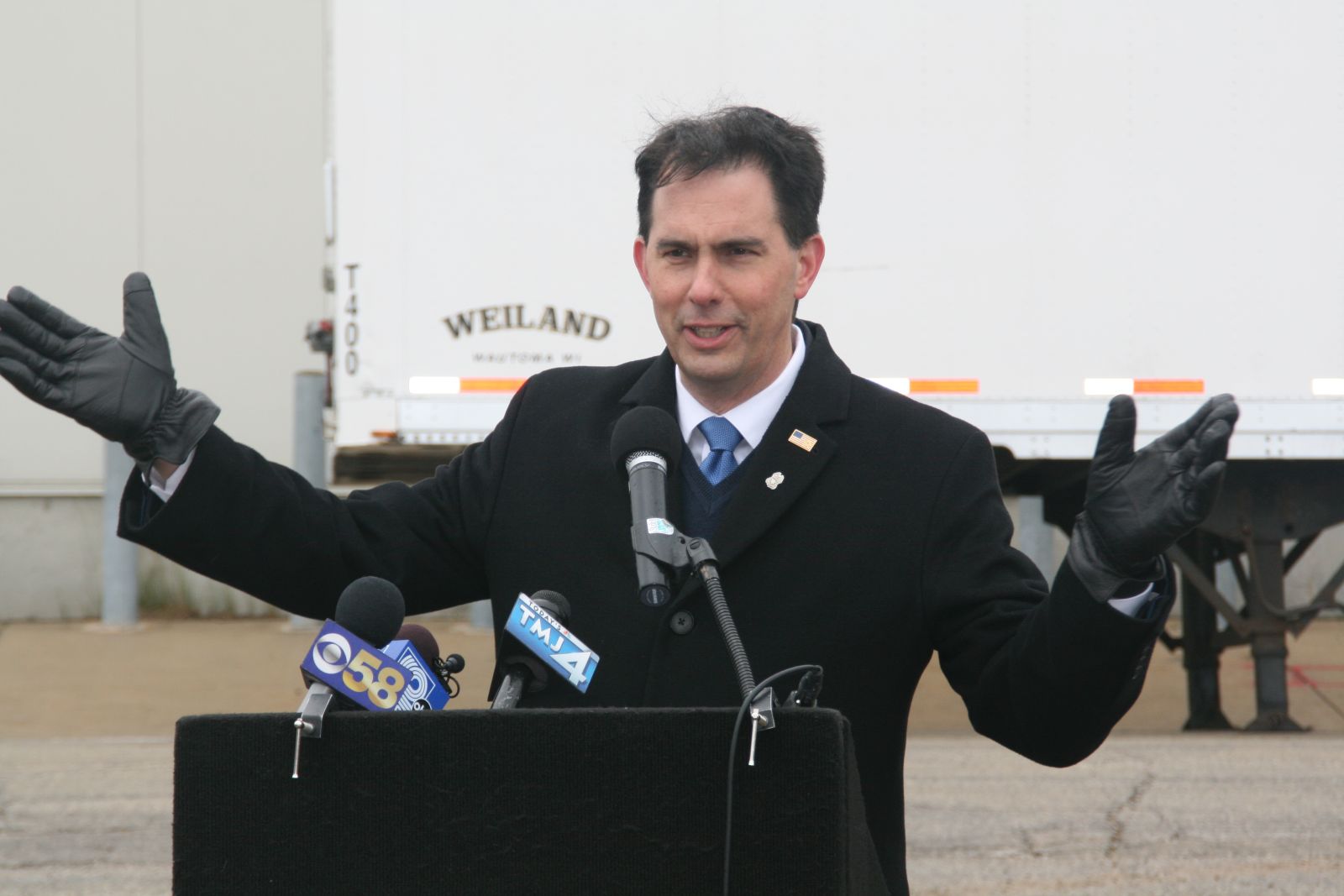 The day after August 14 primary Gov. Scott Walker was out with a negative ad charging that his opponent, state Superintendent of Public Instruction Tony Evers, failed to revoke the license of a teacher caught viewing pornography on a computer at school.

Technically, the ad was run by the Republican Party of Wisconsin, but of course it works hand-in-glove with Walker. For that matter you can assume the “independent” or third party groups are consulting with their candidate of choice in ads they run, now that that Wisconsin Supreme Court has declared that these groups can coordinate with candidates.

And no, the ad is not likely to have a huge impact on the race. As Fox 6 reported, Evers called the GOP’s ad “ridiculous” and noted he had complied with state law, then worked with the Legislature to “fix a loophole” in the law.

But the speed with which Walker went negative made crystal clear how the governor must operate in this campaign: he must hammer Evers relentlessly if he has any chance of winning.

Walker has never been that popular with voters. As Journal Sentinel political analyst Craig Gilbert has written, the governor “has hit the 50 percent approval mark in just 12 of 47 polls Marquette (Law School) has done over the past seven years… His average annual rating since 2012 is 46 percent approval, 49 percent disapproval.

Those are ugly numbers. Walker’s way of handling that has been risky but pretty simple: you only need to win on one day, and only need one vote more than your opponent. In 2014, he faced a weak and inexperienced candidate in political neophyte Mary Burke. And Walker won the vote of independents and benefitted from more enthusiasm among Republican voters than Democratic voters, winning with 52.3 percent of the vote, compared to Burke’s 46.6 percent.

But Walker may not have either factor going for him in this election. All signs suggest there is more enthusiasm among Democrats, both nationally and in Wisconsin. Walker himself has warned of a “blue wave” threatening his election. The last MU poll did show slightly more enthusiasm among Republicans about voting in November, but that may be a blip.

As MU’s pollster Charles Franklin notes, “there are lots of reason to think Dems are more excited to vote,” including their wins in two Republican-leaning state senate seats and the recent primary turnout that had 80,000 more Democrats than Republicans voting. “Our March, June and July polls showed Dem enthusiasm +10, +4 and +7 higher than Republicans.” The latest showing Republicans +2 on enthusiasm “is not in line with the other things,” Franklin adds.

All signs also suggest Walker may not carry independents. The latest MU Poll shows they disapprove of the governor, by 45 percent to 40 percent. And as Gilbert reported, in the primary election, “self-described independents broke for the Democrats in both the Senate and governor’s races. Evers carried them over Walker 48 percent to 37 percent.” And Democratic U.S. Senator Tammy Baldwin carried them over Republican challenger Leah Vukmir 52 percent to 43 percent.”

Can Walker win if he loses independents? Probably not. But he will have far more money to spend than Evers and is a very canny politician. His campaign has also run ads suggesting Evers was wasting state funding for the schools.

What’s striking about the negative ads so far is that they haven’t dug up any personal baggage on Evers, who’s long been seen as a rather boring man of integrity. Nor have they gone after Evers as a liberal. “I think it’s very telling that the attack on Evers aren’t on policy grounds,” says Democratic consultant Sachin Chheda.

There’s good reason for that. The Marquette polls show voters back Evers on key issues: a majority favors more spending on schools, doesn’t think the Foxconn deal with help their community and many think the roads are a concern. Add to this that a majority disapprove of President Donald Trump, think his tariffs will hurt the economy and disapprove of his handling of immigration, of building a wall along the Mexican border, and of his relations with Russia. The Trump factor could also hurt Walker.

Walker’s campaign can afford to do regular tracking polls and probably knew all this months ago. That’s why Walker started calling himself the “Education Governor” well before the primary election — this after having overseen a cumulative decline in school funding of $3.5 billion

Another example was pointed out by Scot Ross of the liberal group One Wisconsin Now: “Walker did a poll asking if people would support giving student loan borrowers a $1,000 a year tax break for five years and now he has an ad proposing that. This comes after five years of Walker opposing the Democrats’ plan to allow borrowers to refinance their loan like a mortgage, while student loan debt in Wisconsin has grown to more than $24 billion.”

Walker’s strategy is clear, Ross charges: “Instead of running on his record, he’s running on what he didn’t do.”

That would be a neat switch for any politician but all the more so for someone as deeply branded as Walker. His image for nearly eight years has been as an “unintimidated” right winger who took pride in not compromising. Those are very hard edges to sand off, and Democratic ads, though they will be less frequent than Walker’s, will be reminding voters of just how implacable his policies have been.

Today’s poll by Suffolk University shows Evers leading Walker 46 percent to 44 percent and Baldwin leading Vukmir by 50 percent to 42 percent. Some experts in both parties privately suggest Baldwin is the likely winner for U.S. Senator and Walker for governor. But if this is a wave election, ticket splitting in less likely. Ultimately, Walker may be banking on just enough ticket splitters — one vote more than 50 percent — to win him a third term.

One thought on “Murphy’s Law: Why Walker Must Go Negative”