By Laurel White, Wisconsin Public Radio - Jul 27th, 2018 02:44 pm
Get a daily rundown of the top stories on Urban Milwaukee 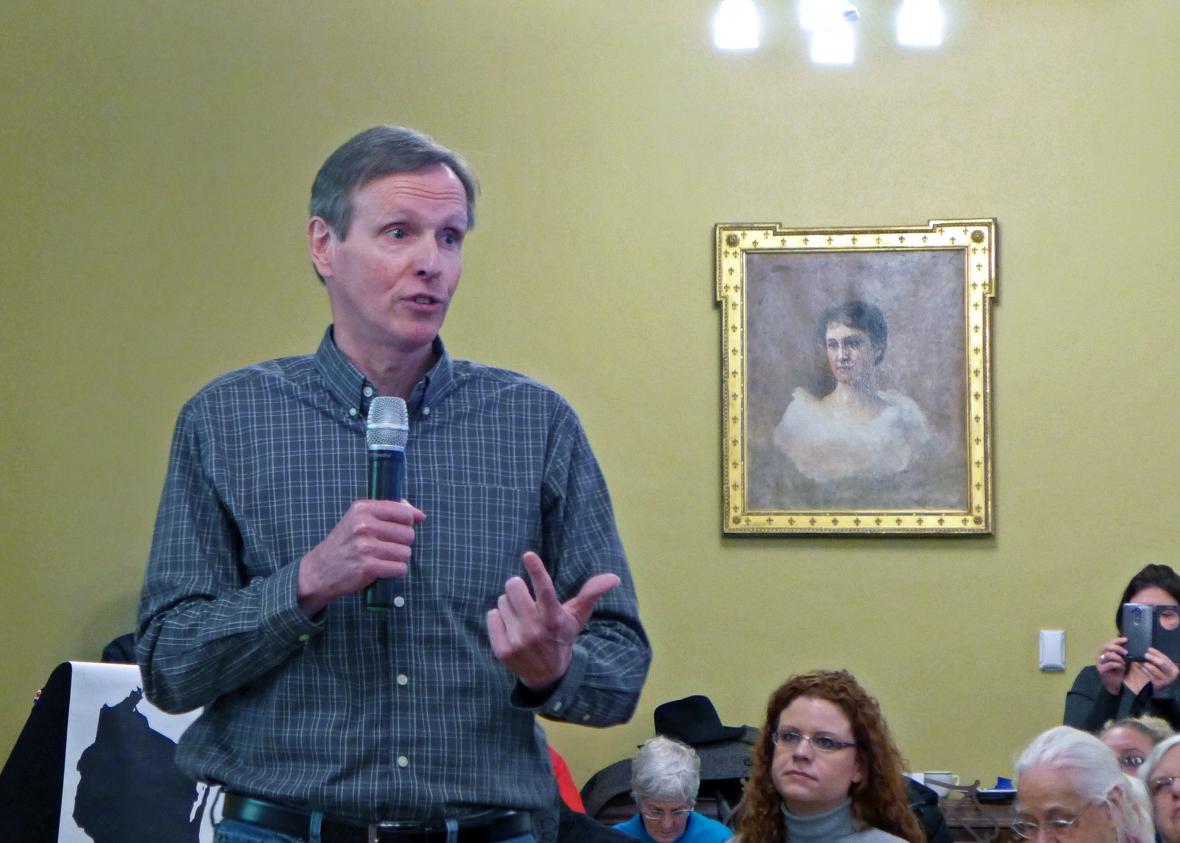 With less than three weeks until the primary election in Wisconsin’s race for governor, Democratic candidate Mike McCabe says he may be behind in the polls, but voters shouldn’t count him out.

Speaking at a WisPolitics event in Madison on Thursday, McCabe said some people put too much stock in polling.

“You know, that’s so foolish because polls have shown that they are regularly and spectacularly wrong,” he said.

According to the latest Marquette University Law School survey, McCabe is tied for fifth place in the field of eight Democratic candidates, with the support of three percent of those surveyed. Thirty-eight percent were undecided.

Speaking with reporters, McCabe also said he’s not worried about not having enough money to buy TV ads in the final weeks of the primary campaign.

“One of the reasons is that people are so sick and tired of TV ads,” he said. “But they also have so many ways of avoiding television advertising now.”

According to the latest finance reports, McCabe’s campaign had about $68,000 cash on hand.

“It’s a much more trustworthy source of information when a voter is talking to a neighbor than when they’re seeing some raunchy TV ad,” he said.

McCabe has frequently touted the energy and volume of volunteers on his campaign.

“I like my chances,” he said. “I sure think there’s a wonderful opportunity here to create the political equivalent of an earthquake.”

McCabe also weighed in on calls for fellow Democratic candidate Matt Flynn to exit the governor’s race because of his professional ties with the Milwaukee archdiocese during the priest sexual abuse scandal.

“The more that comes out about Matt’s work for the archdiocese, the worse it looks,” McCabe said. “I don’t think he was forthcoming enough about his role.”

McCabe stopped short of calling for Flynn to exit the race.

“I think it’s ultimately up to the voters to decide,” he said.

Speaking about possible tax incentives aimed at keeping two Kimberly-Clark plants operating in Wisconsin, McCabe said he does not support the proposed deal, which would offer various incentives similar to those offered to Taiwanese tech giant Foxconn Technology Group.

“It’s a mistake to try to build a sturdy economy by showering tax breaks and state subsidies on a few big corporations,” he said.

The Democratic primary in the governor’s race is Aug. 14.

McCabe Urges Voters To Look Past Polls In Final Weeks Of Primary Campaign was originally published by Wisconsin Public Radio.