By Laurel White, Wisconsin Public Radio - Jul 24th, 2018 12:44 pm
Get a daily rundown of the top stories on Urban Milwaukee 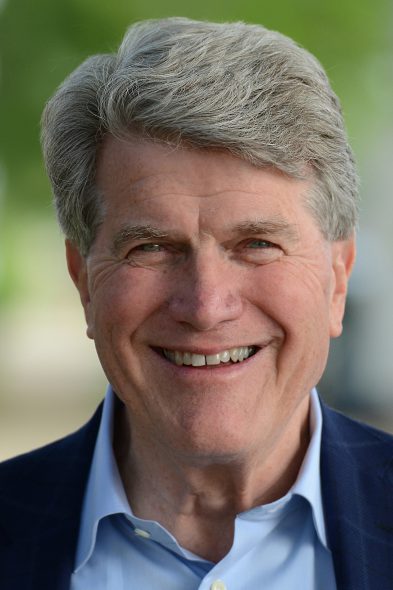 Democratic candidate for governor Matt Flynn continued to defend his work as a lawyer for the Archdiocese of Milwaukee on Monday, pushing back in particular on claims he was involved with the transfer of abusive priests between parishes.

Flynn represented the archdiocese from 1989 until 2004, during the priest sexual abuse scandal.

His campaign for governor has been peppered with criticism from both the right and left for that work. On Monday, his campaign released a letter from former Milwaukee Archbishop Rembert Weakland rebutting claims Flynn was involved in the transfer of abusive priests.

“The lawyers were not involved,” Weakland wrote.

According to Weakland, some priests who had undergone therapy were reassigned, but the process was overseen by a priest personnel board.

“Looking back, I would frankly have to admit that we were all extremely naïve,” Weakland wrote. “We did not understand the power of recidivism in such cases.”

“Weakland continues to minimize, excuse, and falsify what over 10,000 pages of court records clearly show: he allowed priest offenders to remain in parishes where they abused other children, moving them into new assignments and concealing them from the public,” Roscioli said in a statement released by the Survivors Network of those Abused by Priests. “He is now defending the man who was absolutely instrumental in helping him do it.”

Roscioli also pointed out Weakland resigned in 2002 after it was revealed the church covered up his homosexual affair and alleged date rape years earlier.

“Matt Flynn lied about his role protecting these dangerous predators … and now his only defense is hiding behind a disgraced bishop who was his partner in the cover-up,” said party spokesman Alec Zimmerman.

This morning, SNAP and Roscioli issued a press release that called on high-profile supporters of Flynn, like Milwaukee County District Attorney John Chisholm, to urge Flynn to withdraw from the race.

On a call with reporters, Flynn said he always advised the archdiocese to report abuse to police and that he’s proud of the work he did representing the church.

6 thoughts on “Race for Governor: Flynn’s Work for Archdiocese a Hot Issue”