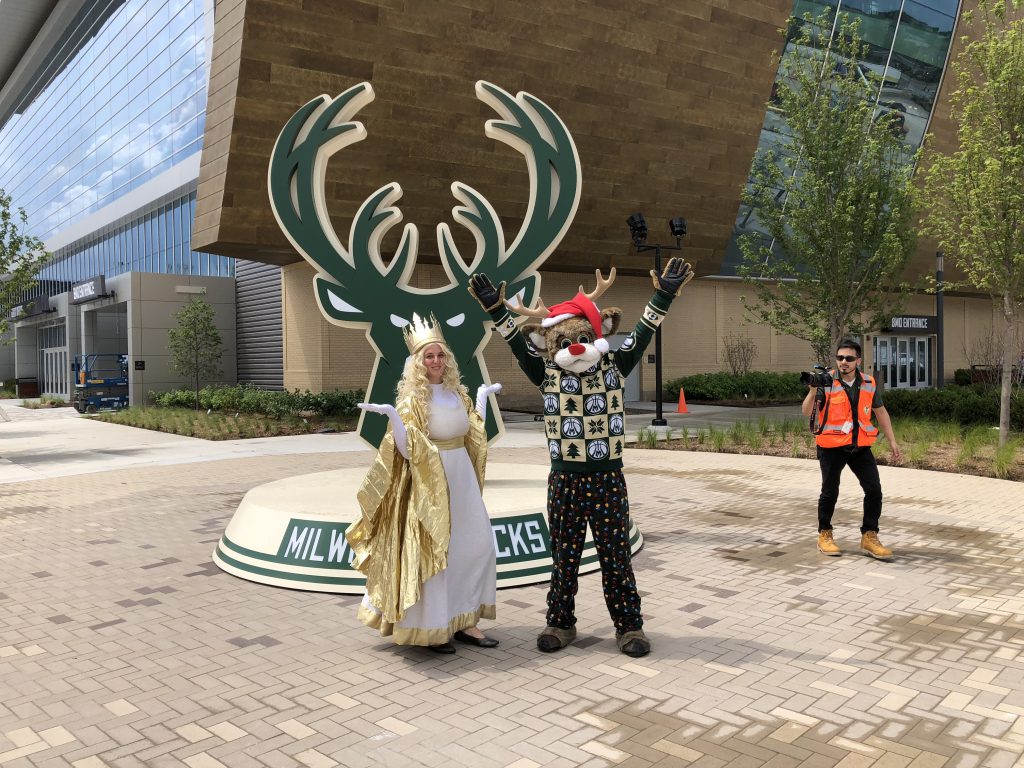 Bango and a guest welcome the press to the Christkindlmarket announcement. Photo by Jeramey Jannene.

Although it’s July, the Milwaukee Bucks are already thinking about Christmas.

Milwaukeeans will have another outdoor, winter activity to look forward to this holiday season as the Milwaukee Bucks have unveiled plans to host a month-long German-themed holiday market on the plaza in front of the new arena.

The team will host the event, known as Christkindlmarket Milwaukee, from November 17th through December 31st in partnership with the German American Chamber of Commerce of the Midwest.

Plans include transforming the plaza into a holiday village featuring around 30 vendors in traditional candy-cane-striped, wooden huts. Much of the market will be outdoors, while a large, heated tent will anchor the plaza.

Beyond a festive shopping experience, a release for the event says that the market will include: “delicious European and German delicacies, hot spiced wine, fine beer, hand-crafted ornaments, entertainment, family fun and more.”

The market will be based on the christkindlmarket in Nuremberg, Germany as well as the Chicago christkindlmarket. Mark Tomkins, president and CEO of German American Chamber of Commerce of the Midwest, said the Chicago market had an economic impact of $170 million in 2017. Milwaukee’s will be the first such market in the United States outside of the Chicago area.

The pedestrian plaza, built atop the former N. 4th St., is designed to connect the arena with the “Live Block” entertainment center the team is building. That complex, which will include a taproom from Good City Brewing and a bar-restaurant from national “eatertainment” operator Punch Bowl Social, is scheduled to open in January.

With the NBA season set to get underway in late October, first-time attendees at the new arena will get the chance to experience the German market alongside their first trip to the new arena.

When it comes to outdoor markets in Milwaukee, the team should be taking notes from the thousands of people who pack W. Wisconsin Ave. for the NEWaukee Night Market. If the Bucks draw even a quarter of the attendance that NEWaukee does for the night market the holiday market will be a resounding success. 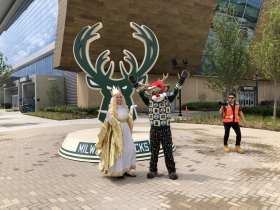 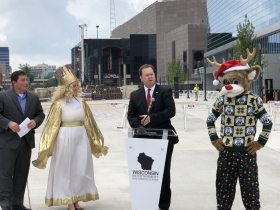 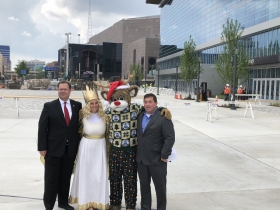 When asked about a naming rights update for the arena, Feigin offered a quick “no comment.” The $524 million complex, built with $250 million in public support, is still named the Wisconsin Entertainment and Sports Center — with just 41 days remaining before its scheduled to open to the public.