By Rich Kremer and Molly Dove, Wisconsin Public Radio - Jul 16th, 2018 01:57 pm
Get a daily rundown of the top stories on Urban Milwaukee 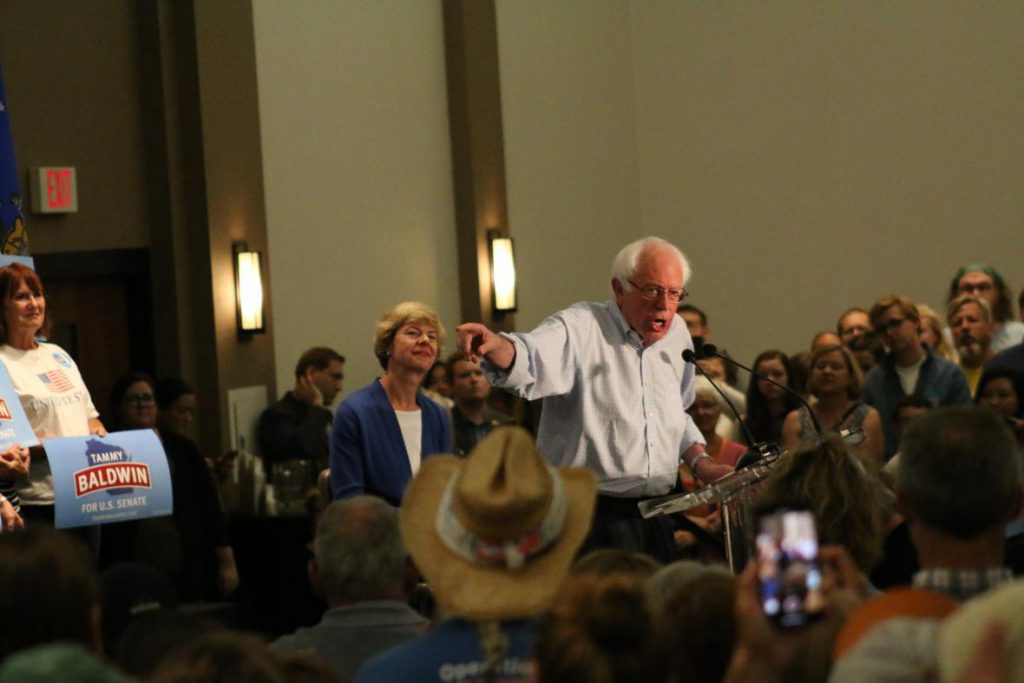 Baldwin said Republicans are hopeful that President Donald Trump’s latest U.S. Supreme Court nominee Brett Kavanaugh will overturn the Affordable Care Act and the landmark abortion rights case Roe v. Wade. She said she will not vote to confirm the potential justice, and she needs her supporters to help her fight.

“The people of Wisconsin need a fair, impartial, independent Supreme Court justice who will stand up for them and not just the powerful interests,” Baldwin said.

The crowd was electrified when Sanders, a U.S. senator from Vermont, was introduced to the podium. He said some in the room may feel powerless with Republicans controlling the U.S. House, Senate and presidency, but the antidote to this depression is activism.

“Now, the big money interests are going after Tammy because she has stood with working people throughout her entire career,” Sanders said. “It is time for all of us to stand with Tammy and make sure that she is reelected to the United States Senate.”

The non-partisan Center for Responsive Politics reports more than $3 million has been spent on advertising critical of Baldwin. This is the second-largest amount any state Republican Party has spent in the country against their Democratic Senate opponents, making Baldwin one of the top targets in the effort to unseat her.

Baldwin is known as a moderate Democrat, which makes her appearance with Sanders, a self-identified as a Democratic socialist, notable. In a statement released prior to the rally, the Republican Party of Wisconsin said she is relying on her far-left allies to prop up her campaign in a time Wisconsin is favoring Republicans.