Can be spiked with rat poison, police and health officials seek to prevent sale. 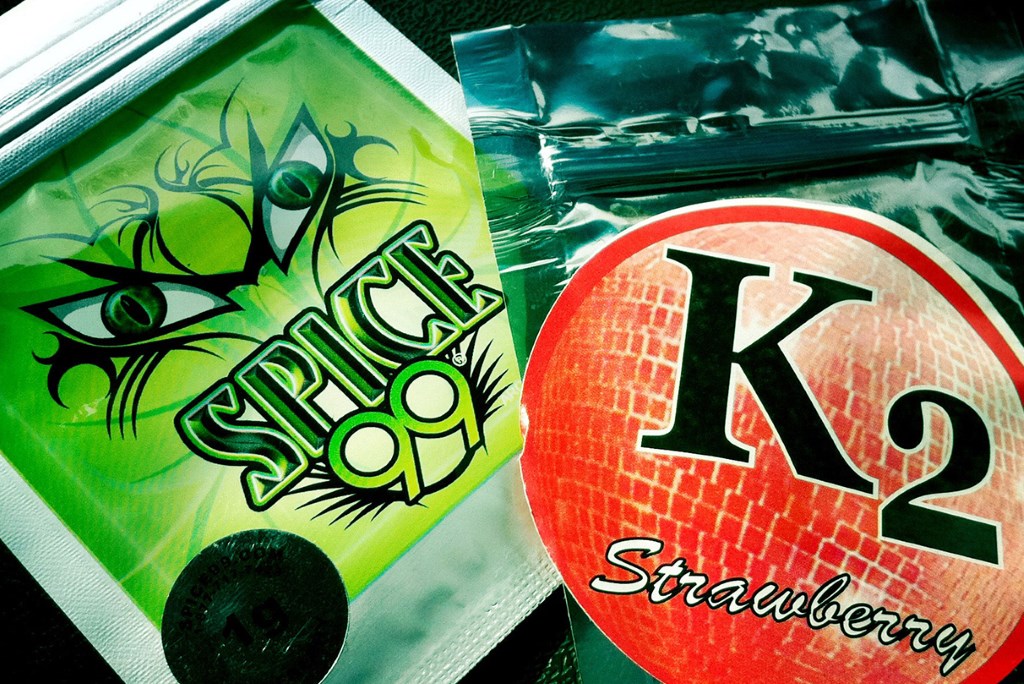 Synthetic cannabinoids have been responsible for two recent deaths in the Milwaukee area. Photo courtesy of DEA.

Sal Conroy, 26, learned the hard way about how dangerous K2, a synthetic cannabinoid, can be.

“I started getting sharp stomach pains and had them for about a month before I finally went to the doctor,” Conroy said.

After days of tests and not being able to eat, he said, doctors diagnosed him with gastrointestinal problems related to K2 use. Conroy, who took medication for his ailment and never used K2 again, said he he had no clue that the man-made drug, which can produce a high similar to that of marijuana use but can also cause paranoia, hallucinations and other intense effects, could do that much damage. 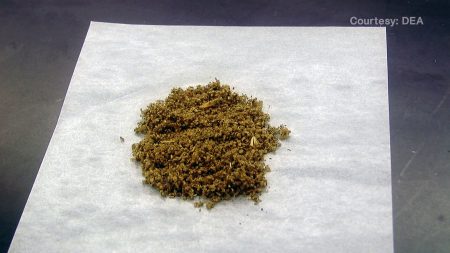 Attorney General Brad Schimel is warning about the dangers of Spice, a synthetic cannabinoid. Photo courtesy of DEA.

It can also cause death, according to Attorney General Brad Schimel, who held a press conference Tuesday warning the public about two recent synthetic marijuana-related deaths in the Milwaukee area. “Evidence at the scene and the nature of the injuries displayed by the individuals [show] that there’s a strong chance that the individuals died partly as a result of consuming synthetic cannabinoids,” Schimel said, before issuing warnings about two types in particular, K2 and Spice.

According to data from the county Medical Examiner’s Office, a synthetic cannabinoid-related death also occurred on Milwaukee’s North Side in January. There also have been dozens of hospitalizations for severe bleeding linked to K2 use in recent weeks, including 17 that occurred between June 20 and June 25, according to an alert from the Milwaukee Health Department (MHD).

Angela Hagy, director of disease control and environmental health at MHD, said the bleeding is occurring because K2 being sold in Milwaukee contains brodifacoum, a rat poison.

“Brodifacoum is a super anticoagulant which prevents your blood from clotting. This is why it’s important to seek medical attention right away,” wrote Hagy in an email to NNS.

Warning signs include severe bleeding, unexplained bruising, rapid heart rate, vomiting, hallucinations, and agitation or confusion. If you are a synthetic cannabinoid user and experience any of those symptoms, you should call 911 or have someone drive you to the hospital immediately, she said.

MHD has been alerting the public through social media and has also created a page on its website with information about the dangers of using synthetic marijuana, which can be illegally purchased at gas stations, convenience stores, smoke shops or online, she added. The Wisconsin Department of Health Services also created a web page with information on synthetic cannabinoids.

MHD is working with the Milwaukee Police Department to get synthetic marijuana out of gas stations and convenience stores in the city, according to Hagy. MPD did not respond to an NNS request for comment about what charges retailers who sell K2 or other synthetic cannabinoids face or whether the department is currently investigating cases involving the drug. However, during Schimel’s news conference, MPD Chief Alfonso Morales warned those who sell the drug that if someone dies as a result, they would be held responsible.

“K2 is illegal and extremely dangerous,” wrote Rainey, asking parents to speak to their children and neighbors to alert them to the health complications caused by the drug.

Despite the classification of K2 as a cannabinoid, Megan Olson, founder of the pro-marijuana group Legalize Wisconsin, described it as, “evil untested and non-FDA approved,” and said that it should be illegal.

“We need that off the streets ASAP,” said Olson. “Cannabis is a safe and great alternative as long as you consume the real thing,” she added.

Conroy said he’s heard about the recent hospitalizations and that users should realize synthetic cannabinoids are unsafe because of warnings on the packaging that they are not for human consumption.

Makers of synthetic cannabinoids label products as “not for human consumption,” to get around laws against creating the products, according to the health department.

“People obviously should know it’s not good for them. Am I surprised that people still use them? No.,” Conroy said.

Schimel hopes that people begin to heed the warnings before more deaths occur.

“There’s no way to characterize these things as safe. We cannot wait until toxicology comes back to be sure. We have to warn people in Southeastern Wisconsin that there is a danger out there.”