A Summer of Baseball Via Train 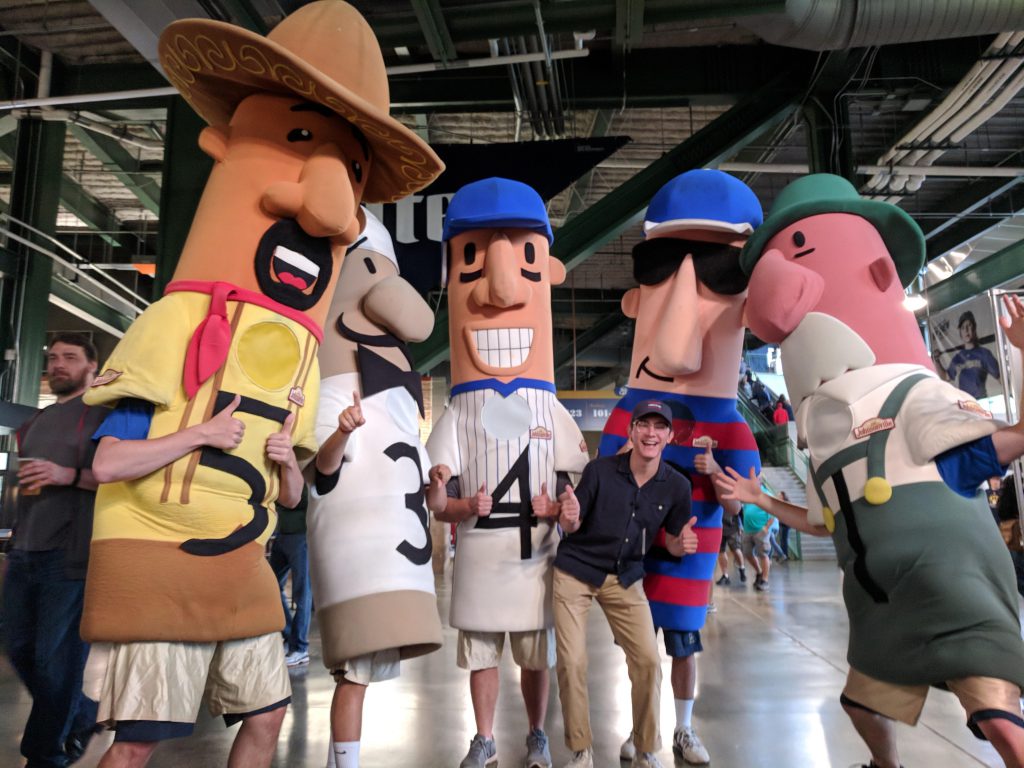 Jacob Wallace and the Racing Sausages. Photo by Thomas Girsch.

Jacob Wallace‘s summer internship is unlike that of any of his classmates.

The American University senior is spending 37 days this summer traversing the country by passenger train, stopping along the way for a number of baseball games. Along the way from Miami to Seattle, he’s putting his journalism training to work documenting the trip.

Wallace was in Milwaukee June 21st and 22nd to see the Milwaukee Brewers, the eighth of nine major league games he saw on his trip. He arrived in Milwaukee via Amtrak’s Hiawatha Service and left on the Amtrak Empire Builder.

When asked what he thought about Milwaukee prior to visiting, Jacobs admits he had a blank canvas for the city. “Is it bad to say I didn’t know much about it before? I just knew it was a city here in the Midwest,” said the college journalism student.

He left with a favorable impression of the city, citing positive experiences staying in The Brewery, taking in the local bar and restaurant scene Downtown and of course, watching a game at Miller Park. “It’s a well crafted, holistic experience,” said Wallace about the ballpark. 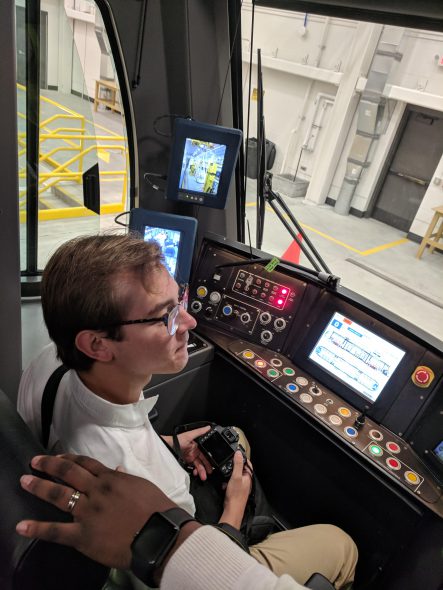 Jacob Wallace and the Milwaukee Streetcar. Photo by Thomas Girsch.

Wallace, whose trip is sponsored by Rail Passengers Association, also toured the streetcar operations and maintenance facility for The Hop while he was in Milwaukee. He said that one of his favorite experiences of the trip so far was getting to sit in the operator’s seat for the streetcar and honk the horn.

The Washington, D.C.-based college student grew up in the suburbs of Dallas, Texas as a Texas Rangers fan, about as transit unfriendly area as you can get for a big city.

When asked about the role of mass transit and what he’s learned along the trip, Wallace says “I think the most surprising thing to me is how much people’s opinion of transit changes once they start using it. People will get so up in arms about it, and then they use it and ‘why can’t we have more of this?'”

Next on Jacobs itinerary after his interview with me at the Milwaukee Intermodal Station was hopping on the Empire Builder headed towards La Crosse. He was set to take in a string of college, independent and minor league baseball games before ending the trip in Seattle.

When asked for a parting thought as he headed for his train, Wallace told Urban Milwaukee “the whole thing about a train is its not just a way to get from A to B, it’s an experience until itself.”

See more about his trip, including interviews with people he meets along the way, at SummerByRail.com.