See the court, scoreboard, and Panorama Club. But naming rights? Still a secret. 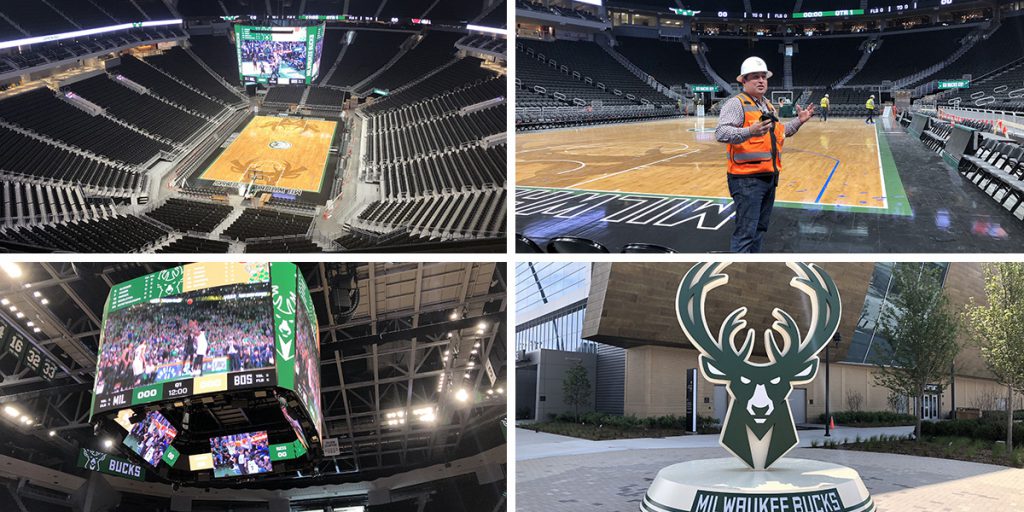 The Wisconsin Entertainment and Sports Center is nearly complete. The Milwaukee Bucks new arena has felt nearly complete for some time, but now that a court has been installed it feels like the team could play a game there tomorrow.

But while basketball won’t happen in the building until October, the team is gearing up to announce the arena’s first major event, a performing artist scheduled for an August show, says team president Peter Feigin.

The team hosted the media for a tour Wednesday afternoon, showing off another large monument sign outside the arena, the large Panorama Club atop the arena, an operating scoreboard, the large, open concourses and a court ready to be played on.

The team debuted another large sign outside the arena. This one, which includes the Bucks logo emerging from a circular base, is on the northeast corner of the arena. Designed by Kansas City-based Dimensional Innovations, it joins a large BUCKS sign the team debuted a few weeks ago.

“This is the city’s largest production studio,” said Feigin as he led the media out onto the arena floor. That’s because the arena is set up with cameras installed that can film games and concerts. For now the team’s alternate court, a black-bordered floor that matches the Bucks’s alternative, heavy-on-black jerseys, has been installed while the building’s principle new court floor is being completed in Century City. Meanwhile, with the scoreboard on and running through a reel of Bucks’ highlights, workers have been working to fine tune the arena’s thousands of lights.

The media was also treated to its first exposure to the nearly complete main and upper concourses. It’s hard to compare the two to their peers at the BMO Harris Bradley Center. They’re much wider, and are flooded with natural light from lots of windows and also lined with many of the arena’s 850 televisions.

The televisions are designed just to supplement the facility’s key feature, open sightlines back into the arena bowl. And while you might not be able to exactly see the court while ordering a beer at one of the many branded bars, it won’t feel like you’re removed from the action.

The Panorama Club, located above even the upper concourse, is nearly finished. The club, which will be open to the public during events, features standing- room only views down onto the court as well as an outdoor patio overlooking the entertainment center and skyline. “We have made the highest point just as cool a place to watch an event as your seats,” said Feigin.

While the $524 million arena project, heavily subsidized by $250 million in public funds, has long been buzzing with workers, things have now slowed down tremendously. Mike Sorge, arena project director for general contractor Mortenson Construction, told Urban Milwaukee that there are now only 150 people working on site at the arena itself, with a reduction of approximately 20 workers every week.

Sorge also told Urban Milwaukee the project is ahead of schedule and under budget.

Additional workers can be found across the plaza working on the entertainment center, with that project being led by Hunzginer Construction. 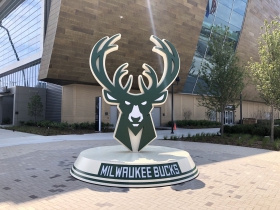 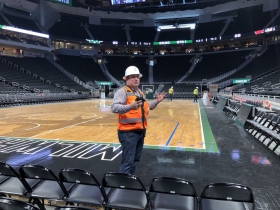 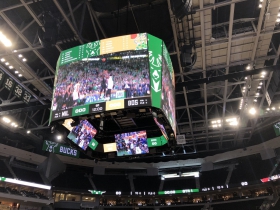 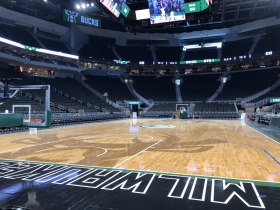 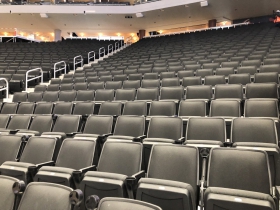 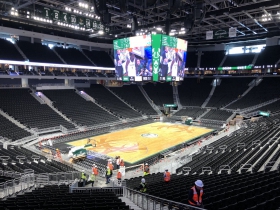 The naming rights announcement continues to drag on, with only a month left until the building is scheduled to open.

Back in mid-April team co-owner Wes Edens billed the announcement as “imminent,” stating that contracts were being exchanged.

Well, something must have hit a snag. It’s been two months and there still hasn’t been any word. Twice reports have surfaced that Brookfield-based financial services technology company Fiserv would be the partner, and twice the company quickly denied the report to Urban Milwaukee.

When asked for an update on when the public would know about the naming rights on Wednesday, Feigin told Urban Milwaukee “you’ll know when you know.”

Feigin previously told the media he knew what the arena would be called. If so, he and the rest of the Bucks business operations folks are doing an incredible job of keeping it a secret.