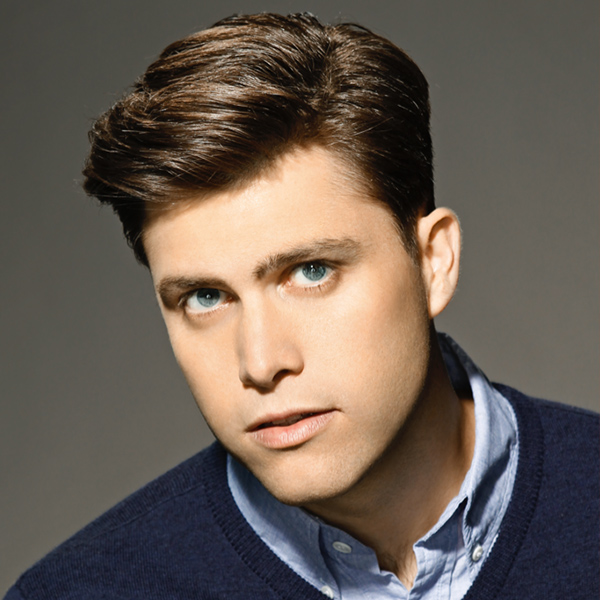 He’s got the looks of JFK and comedic chops of Carol Burnett.

While his Harvard chums predictably went on to Wall Street or Washington, D.C., Jost took a different path–he began writing for “SNL” at the tender age of 22 and joined the “Not-Ready-for-Prime-Time-Players” (if they’re still called that.)

Jost had a fair amount of writing experience before he was hired at NBC. At Harvard he was president of the lauded Harvard Lampoon. He was hired as a writer at “SNL” in 2005 and later became head writer for the show.

The 13-year “SNL” veteran has also been doing his standup thing for years — and his witty words often appear in The New Yorker— but this high-profile job has made him a big name and propelled him to a more intense spotlight.

While Jost is climbing the entertainment ladder, he doesn’t seem to be driven by inner angst: he is the product of a “normal” upbringing, the son of Staten Island Tech teacher Dan Jost and New York Fire Department chief medical officer Dr. Kerry Kelly. He’s been nominated for nine Emmy Awards and won a Peabody Award in 2009. A few years ago he wrote the screenplay for the 2015 comedy film, Staten Island Summer. As if all that wasn’t enough, late last year he began a relationship with actress Scarlett Johansson.

On “SNL”, Jost and his co-host Michael Che spend a lot of time skewering Donald Trump. “He’s one of my favorite cartoons of all time,” he told the Chicago Tribune. When he noticed the same audience silence while talking about the use of online dating and voting for Trump, he delightedly observed: “Statistically a bunch of you are doing it, but no one wants to admit it.”

Tickets to see Jost at the Turner Ballroom are $25.

P.S. While at Harvard, Jost was on “The Weakest Link.” You can see the baby-faced future comedian here: