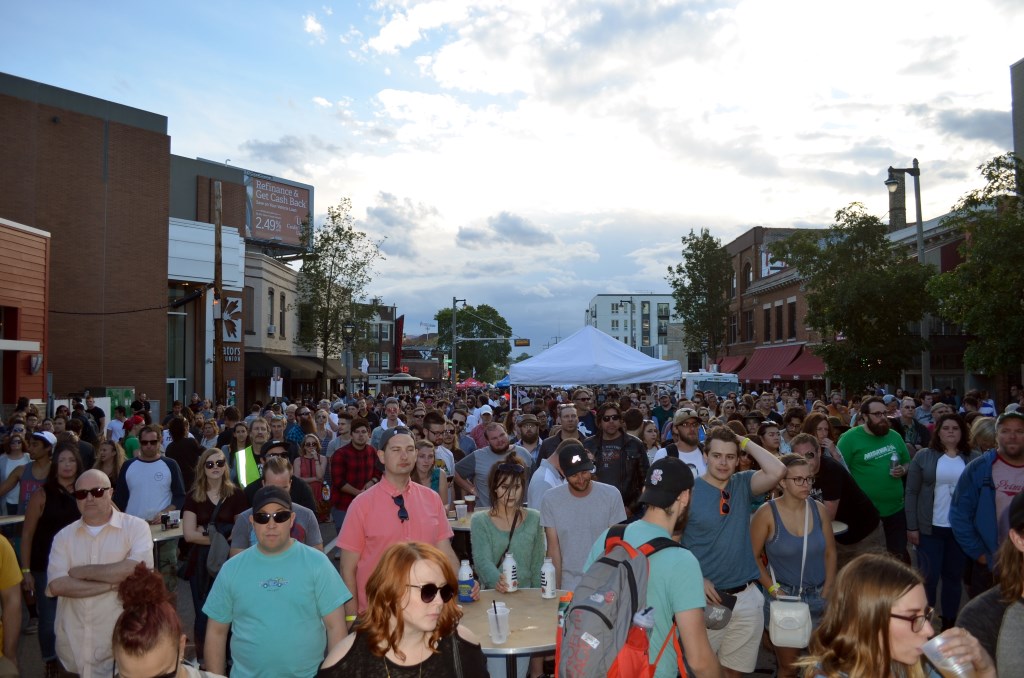 Join Urban Milwaukee at the East Side’s Summer Soulstice Music Festival on Saturday for a chance to win a number of great prizes from local businesses.

We’ve organized a digital scavenger hunt and all you have to do to participate is take a photo of yourself or your friends having a good time listening to music, enjoying some local food or showing some local pride. Post your photo on Twitter, Facebook or Instagram along with “#UrbanMkeSoulstice” and you’ll be entered to win.

The prizes include everything from gift cards from Izzy Hops, FreshFin Poke and Landmark Lanes to a Bublr Bikes membership or a free class at Shred415. You’ll also be eligible to win Summerfest tickets, free climbing passes at Adventure Rock, movie tickets from Milwaukee Film or a session at East Side Chiropractic.

Participate in one category or all of the categories (listed below). There are prizes for each one. We’ll announce the winners Monday as well as an overall winner.

Whether it’s a selfie, group photo or just a photo of your best friend embarrassing themselves, post them online with the hashtag “#UrbanMkeSoulstice” and you will be eligible to win. We’ll also be displaying entries all day long at the Urban Milwaukee booth.

The festival runs from noon to midnight on E. North Ave. from N. Oakland Ave. to N. Prospect Ave.

1. Take a photo with the Oriental Theatre marquee

While the Oriental temporarily closed as part of July’s transition to Milwaukee Film’s management, the iconic marquee will be highly visible from the middle of N. Farwell Ave. as the festival expands southward.

There might be no better way to get to the festival than on two wheels. You’ll find stations in front of Whole Foods, Urban Outfitters and the nearby UW-Milwaukee Cambridge Commons residence hall.

3. Get a photo in a yoga pose with Urban Om at Water Tower Fountain Park

The first opportunity of the day to participate. The activity kicks off at 10 a.m.

4. Take a selfie with a Milwaukee celebrity

Will David Gruber make an appearance? What about Giannis Antetokounmpo? Or Mayor Tom Barrett? Who knows, but you can also snag a shot with some other Milwaukee celebrities including the Milverine or Todd Bennett and his pet Argentine tegu.

5. Get a photo of yourself climbing the Adventure Rock wall

The wall will be open from 12 p.m. to 6 p.m. in the middle of the festival. Don’t miss a chance to climb the wall, even if it’s just for the photo opp.

7. Take a photo eating food from a vendor at the festival

Whether it’s a slice of pizza from Ian’s or a poke bowl from Fresh Fin, we want to see it.

It can be anything from Miller Lite to Colectivo Coffee. If it’s Milwaukee made, get a photo of it in your hand.

9. Take a photo of some great art in Black Cat Alley

The alley between N. Prospect Ave. and N. Farwell Ave. is lined with paintings. You will find it a stone’s throw from the festival via either E. Ivanhoe Pl. or E. Kenilworth Pl.

10. Get a photo with one of the music stages

It’s not Summer Solstice, it’s Summer SOULstice. Music is the centerpiece. Get a photo with the stage in the background at any of the stages. May we recommend Negative Postive at 1:30 p.m., Chicken Wire Empire at 7 p.m. or Space Raft at 8:30 p.m.

11. Take a photo with the Urban Milwaukee booth

Stop by the Urban Milwaukee booth and you’ll also get a free cookie from Insomnia Cookies as long as they last.

Don’t know what to expect at the festival? See our photos from last year. See the festival schedule for 2018.