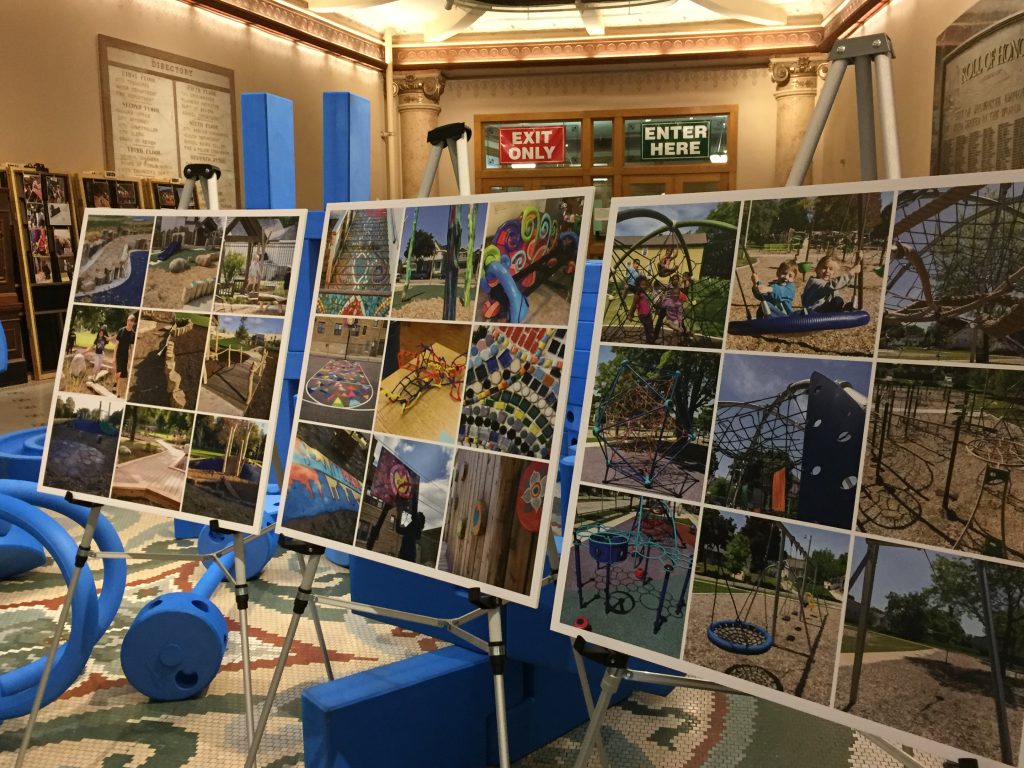 Milwaukee is one of 25 communities that have received a $30,000 grant from the Walt Disney Company’s Meet Me at the Park program, Ald. Michael Murphy announced yesterday. The Disney company works with the National Recreation and Park Association (NRPA) on a combined goal of providing one million kids and families with greater access to play.

The grant will be used by MKE Plays, a program to revitalize parks in this city, to work with the local Hmong community to create designs for the Foundation Park (3700 W. McKinley Ave.) playground surfacing that incorporates traditional Hmong symbols and patterns.

MKE Plays was created by Murphy in 2015 to re-establish underutilized parks and transform them to reflect diverse communities.  The program has raised $1.7 million from private sources and leveraged an additional $1.3 million in public funding since 2015. Their original goal of re-establishing 10 parks was surpassed and MKE Plays will finish the year with 13 parks completed.

MKE Plays Director Joe Kaltenberg described the Foundation Park project as a jumping-off point to begin cross-cultural conversations. “Partnering with the Hmong community in this manner will be a prime example of community-involved design,” said Murphy.

“NRPA is proud to collaborate with The Walt Disney Company to help more children and families experience the benefits of play,” said Kellie May, NRPA director of health and wellness. “By increasing access to play spaces, this program will also provide unique activities tailored to the local community that support healthy lifestyles.”

Another MKE Plays project called Imagination Playground will gather input from kids by allowing them to create equipment they would like to see in parks using blue foam blocks. MKE Plays will be at various events in the summer to display the new initiative.

“These parks are for our future,” said Murphy. “The reality is these parks are precious locations for our children and for adults also.”

Murphy announced that MKE Plays’ new goal is to complete 26 parks over the next six years.

“We hope that we work collaboratively with the community to make sure these parks are their parks, not some bureaucratic answer to a park,” Murphy said.