By Shawn Johnson, Wisconsin Public Radio - Jun 11th, 2018 01:20 pm
Get a daily rundown of the top stories on Urban Milwaukee 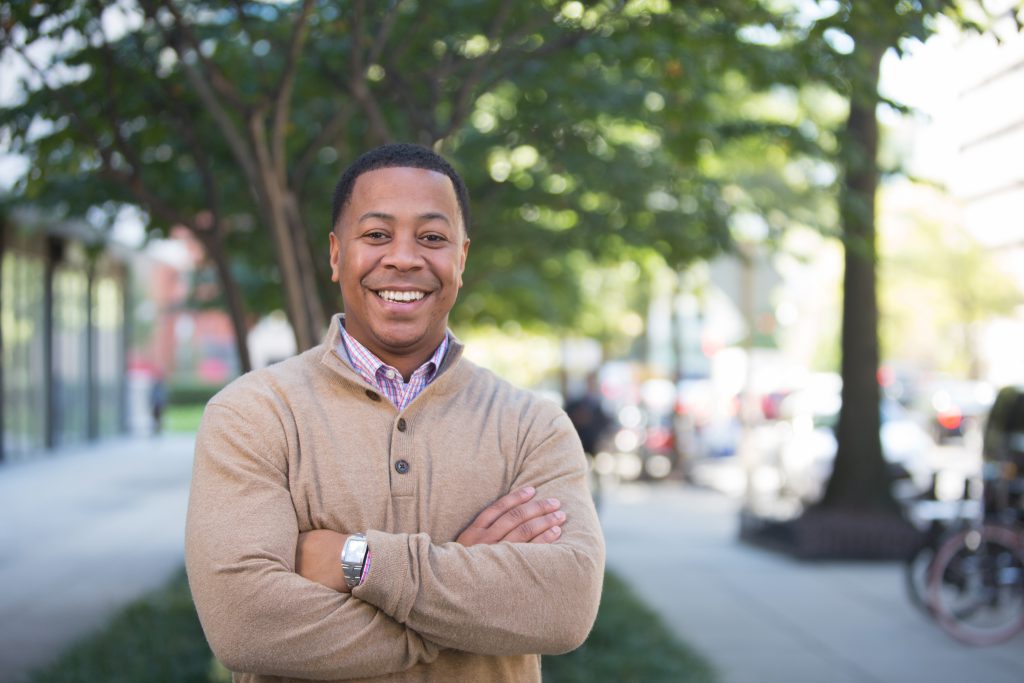 Mitchell, who was 33 then, said he didn’t have much experience with public speaking at the time, but that was about to change.

In 2011, when Walker introduced the bill now known as Act 10 that restricted the bargaining rights of most public sector unions, thousands, and then tens of thousands of protesters flooded the state Capitol grounds.

Firefighters were exempt from most of Act 10, and Mitchell’s union initially praised Walker.

But about a week into the standoff, they broke from Walker and joined the protests. Firefighters like Mitchell became the faces of union solidarity.

Mitchell said he wrote his first speech on the back of a bar napkin. The “house of labor” was on fire, he told the crowd, and the firefighters were there to put it out.

After only a few days, Mitchell was showing a knack for reading the crowd and feeding off its energy. The firefighters, he said, were with them.

“We’re going to make sure there’s no doubt tonight because the firefighters are going to sleep in the Capitol tonight,” Mitchell said on Feb. 21, 2011. The massive crowd of union members and their supporters erupted.

The 2011 protests aren’t Mitchell’s only connection to Walker. They both grew up in Delavan and graduated from Delavan-Darien High School about a decade apart.

Longtime friend Kevin Hembrook has known Mitchell since sixth grade. He said some of his best times in high school were getting lunch with Mitchell every day.

“If you can find somebody that didn’t like Mahlon Mitchell in that class, good luck,” Hembrook said. “I’m pretty sure that he was well-liked by everybody.”

A few years after high school, Hembrook followed Mitchell to Madison to become a firefighter himself. Hembrook remembers watching his longtime friend speak at the 2011 rallies.

“I’m getting goosebumps just thinking about it again,” Hembrook said in a recent interview. “Because of the way he would speak and the praise that he would get from the crowd.”

Mitchell said he didn’t grow up in a union household, and after high school, he started culinary school in Chicago. But he said he knew it wasn’t for him.

Mitchell’s older brother had become a firefighter and raved about the camaraderie of the job. Mahlon Mitchell was sold. He said he went to culinary school in the morning, worked a retail job during the day, then took firefighting classes at a local tech school by night.

Mitchell became a firefighter in 1997, but he said he got more involved in the union after a fellow Madison firefighter, Casey Carlin, was paralyzed in an off-duty snowmobile crash in 2003. The union raised money for Carlin and stayed active in his life until he died more than a decade later.

“That’s the catalyst that made me want to get in the union,” Mitchell said. “I said I want to be part of that, part of something that’s basically bigger than yourself.”

Mitchell has endorsements from the Wisconsin AFL-CIO, AFSCME Wisconsin, and the International Union of Operating Engineers Local 139, a road-building union that endorsed Walker in his 2010 campaign for governor.

But Wisconsin unions are weaker than they were before Walker signed Act 10 and later right-to-work for private sector unions.

James Feigenbaum is an assistant professor of economics at Boston University who has studied how the passage of right-to-work laws affects the power of unions to influence elections.

In short, he says the laws leave Democrats worse off with fewer rank-and-file union members to get out the vote.

“It would not surprise me at all that sort of a weakened labor movement or weakened organized labor would have a harder time sort of making their endorsements really count,” Feigenbaum said. “If there are fewer union members, then those endorsements carry with it fewer guaranteed voters or fewer guarantees for your campaign.”

Mitchell has embraced unions, but he says he’s not just the labor candidate.

He reminds Democrats that they could make history with his candidacy. Mitchell would be Wisconsin’s first ever African-American governor.

He has other endorsements. While many prominent Democrats have remained neutral in the 10-candidate primary, U.S. Rep. Gwen Moore announced last November that she was supporting Mitchell.

Moore said Democrats have been too cautious choosing their candidates in previous campaigns against Walker.

“We’re always so calculating about this,” Moore said. “It’s time to just support somebody who has your heart.”

For Moore, that candidate is Mitchell.

“I need somebody who is on fire,” Moore said. “And that was a firefighter.”

“Where I got 1,156,560 votes-ish,” he tells crowds in his stump speech. “You always remember the number you lose by because you know the threshold you need to actually win.”

The recall raised Walker’s national profile and dealt a blow to unions.

Mitchell wants to return the favor in November.