The trailblazing alderwoman bought home from Mayor Maier, who often quarreled with her. 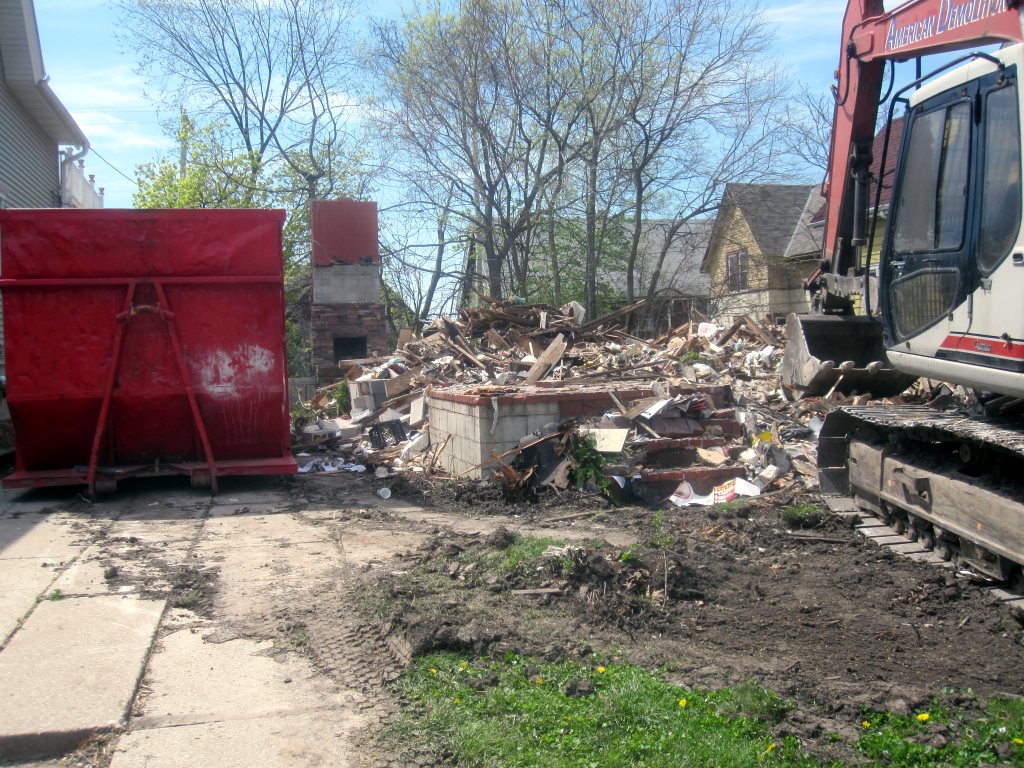 In 1965 attorney Dale Phillips and his wife Vel Phillips, also an attorney and a Milwaukee alderwoman, were searching for a home for their family, which included two young sons. At the time, they resided in an apartment building they owned at 1633 W. Brown St. “She said that for months they had been looking for a house in the 6th ward, which she represents on the common council,” according to a Milwaukee Journal article on July 30th that year.

Their search came to an end when they bought an 1879 home at 2237 N. Booth St. The headline announced:

It turned out that Henry W. Maier, who served from 1960 to 1988, had recently moved from the home to an apartment at 1919 N. Summit Ave. The Phillipses bought the residence.

As alderwomen, Phillips had frequent run-ins with Maier, who opposed her push for an open housing ordinance, which she got passed only after many years of fighting for it. Maier, she told the Journal Sentinel, would “summon” her to his office and once told her “you need a good beating.”

One wonders did they ever discuss the home? Did Vel tell Henry he should have done a better job of keeping up the home? That his taste in wallpapering left much to be desired? Such questions, alas, are now lost in the mist of time.

Although Vel Phillips for many years resided in the Newport, she held on to the Booth St. home until her death on April 17th at 95.

Today, all that remains of the home is a pile of rubble, and a cinderblock chimney with a brick mantle piece. An excavator and a Dumpster remain in the 45′ x 123′ lot. The home was razed according to a permit issued on December 18th, 2017. The home had apparently been vacant for some time. Numerous enforcement actions had been taken against the property, which was a magnet for litter and debris.

The home had been assessed at $163,100 in 2017, including $31,000 for the lot [$5.27/s.f.]. The 2018 assessment was only $97,600. By next year, provided the land remains vacant, the property will be assessed at the value of the land alone. No permits have been issued for further construction on the property at this time, but the area to the southwest of the Reservoir has seen a resurgence of late. The home immediately to the south is stunning, and includes ample balconies and amenities.

Maier, the future mayor, was a Wisconsin state senator in 1958, when he took out a permit to install a dishwasher, a garbage grinder and a laundry tub in the tidy 1-1/2 story home, which by then was 79 years old.

In August, 1965, the new owners took out a permit for 120 linear feet of basket weave patio fence 6 feet high. It took two months to complete that project. The next year the Phillipses installed a toilet and bath tub upstairs.

In April 1968 the family spent $11,000 to add a family room, including the fireplace, bring its size to 2,237 square feet. In 1979 the city was concerned about the condition of a garage in the rear of the lot, which lies considerably above the level of the street in front and the alley behind.

In May, Dale Phillips drafted a letter on the Phillips Gambrell & Jones letterhead, which read:
“The garage stalls have not been rented for over ten years and the upper part of the building has been used only for storage of lawn equipment and other miscellany.” This, of course, was a matter of irrelevance to the building inspector.

Finally, on October 18th, 1979, Vel Phillips, who at the time was Wisconsin Secretary of State, took out a permit to have Carter’s Demolition tear down the garage at a cost of $600.

Now, the house, too is gone, one of the few to be razed in the area. Few homes in Milwaukee have had two such notable politicians living there. 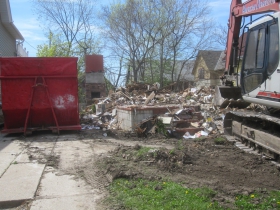 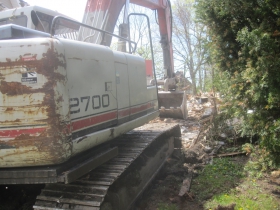 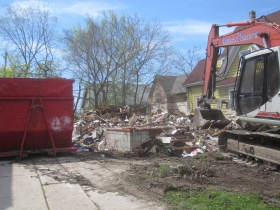 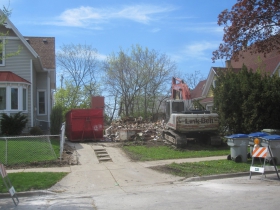 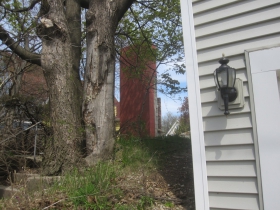 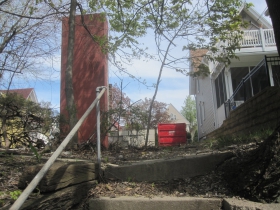