By Andrea Waxman, Milwaukee Neighborhood News Service - May 16th, 2018 10:09 am
Get a daily rundown of the top stories on Urban Milwaukee 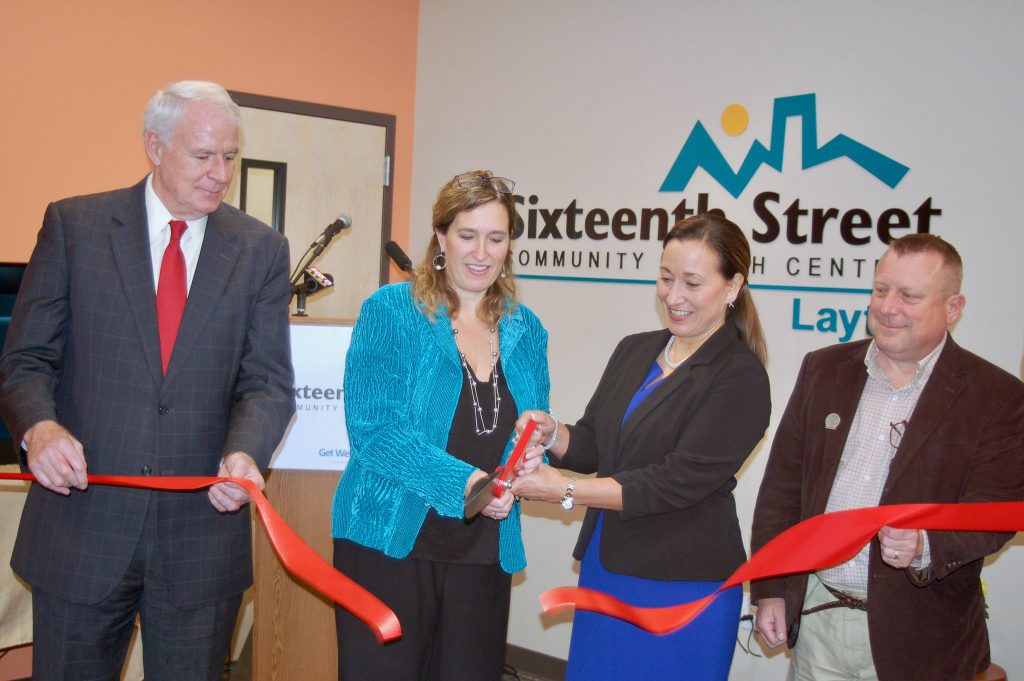 “When they were walking out, they said, ‘It was so nice that somebody spoke our language,’” Ackerman reported. Then they stopped, sat on the bench and asked if they could take some photos there. ‘This feels like our back yard. This feels like we’re at home,’ they said.

“That’s the best compliment we can get,” said Ackerman, clearly pleased.

In addition to offering bilingual services, Sixteenth Street Community Health Centers’ Layton Clinic is focusing on mental and behavioral health services, including alcohol and drug abuse treatment, in an underserved area on the South Side. The new clinic also provides primary care to patients who come for mental health services, and to community members.

Located at 4570 S. 27th St., the clinic officially opened its doors on April 2. With two medical providers and two psychologists on staff, the clinic is seeing patients while it continues to hire.

“We have already established one of the largest mental health clinics in the city and our mental health teams at (our Chavez and Parkway) sites have noted a severe shortage of (mental health and substance abuse) programs that are able to accept patients with Medicaid and certainly uninsured patients,” said Julie Schuller, Sixteenth Street CEO.

Schuller added that mental health colleagues at Aurora, Rogers Memorial Hospital and the Medical College of Wisconsin have confirmed that this gap exists.

Also, “we target our services, at least in part, toward the Latino population,” and that population is moving into the area around the new clinic, Schuller said.

Addressing the mental health and substance abuse crisis, Schuller said that half of adults and children in Milwaukee with a mental health issue do not receive the services that they need. In 2016, 350 people in Milwaukee County died from a drug overdose, a 70 percent increase from 2015, she added. 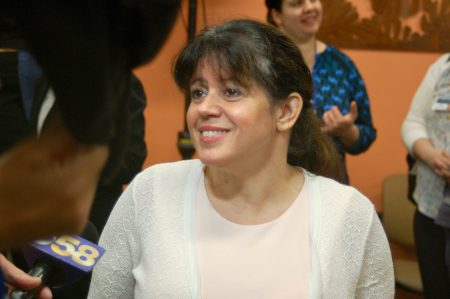 “This clinic is about filling those critical gaps. … Giving people a place in their own community, in their own language, where they can address their physical, mental and social needs is how we combat this epidemic,” Schuller said.

Modeled after Sixteenth Street’s Waukesha clinic, the Layton Clinic will provide medication, including Suboxone and Vivitrol, for opioid addiction. “This expanded access … will mean that more people will have a chance for recovery,” Schuller said.

The day treatment program is designed for children and adolescents, ages 6 to 18, who have acute problems that cannot be managed in the outpatient setting, said Maria Perez, Sixteenth Street’s vice president for behavioral health.

The patients spend five half-days a week in group, individual and family therapy and also receive medication management. This intensive behavioral health treatment helps the young people regulate their emotions so that they can better cope with school stress, peer pressure, family problems and propensity for addictions, she said.

Day treatment aims to keep them from getting worse and from going into an inpatient setting.

William Reyes, the psychologist leading the day treatment program, said all patients are welcome, regardless of “socio-economic status, cultural background or minority status such as religion or sexual orientation.” He is in the process of putting together the first group and expects to start seeing patients in the next two weeks.

“We’re really excited about (offering medical and behavioral care) because we do believe in an integrated model,” Perez said. “We’re set to do both. The mind and body are one really.”

Sixteenth Street expects more than 13,000 visits to the Layton Clinic in its first year and more than 20,000 in its second. “This increase in access will be palpable to our community,” Schuller said.

Sixteenth Street Community Health Centers is a Federally Qualified Health Center, which means that it receives federal funding to provide health care services to vulnerable populations. As such, it is reimbursed for Medicaid and Medicare patients at a higher rate than hospitals and other health care facilities, explained Allison True, Sixteenth Street’s director of communications.

“It helps us offset the cost of uninsured patients and it’s one of our largest and only sources of revenue … and is a necessary financial contribution for us to be open and operating,” True said.

Sixteenth Streets’ four full-service clinics — three in Milwaukee County and one in Waukesha County — its school based-clinics at St. Augustine Prep and St. Anthony schools; its satellite geriatric clinic at the United Community Center; and WIC (Women, Infant and Children) clinic, all on Milwaukee’s South Side, see approximately 38,000 patients annually, according to True.

Of those, about 56 percent are on Medicaid, 14 percent have private or commercial insurance and 4 percent have Medicare, True said.

Froedtert & the Medical College of Wisconsin health network announced a $12 million commitment in August 2015 to build the clinic, in partnership with Sixteenth Street Community Health Centers, according to True. The search for a clinic site began then.

The area was identified “as significantly lacking access to health care services,” according to Cathy Jacobson, president and chief executive officer of Froedtert Health. It will also have a residency education program with the Medical College of Wisconsin, according to True.

The West Milwaukee clinic is projected to serve 12,000 patients a year who are currently without needed care, expanding Sixteenth Street Health Centers’ overall capacity to nearly 50,000 people, according to True.

If approved, construction on the 24,000–square-foot clinic will begin by fall 2018, with completion expected in summer 2019.