Travails Of An 1870 Walker’s Point Home

Lovely Italianate mansion featured on Spaces & Traces tour. But its restoration was oh-so-hard. 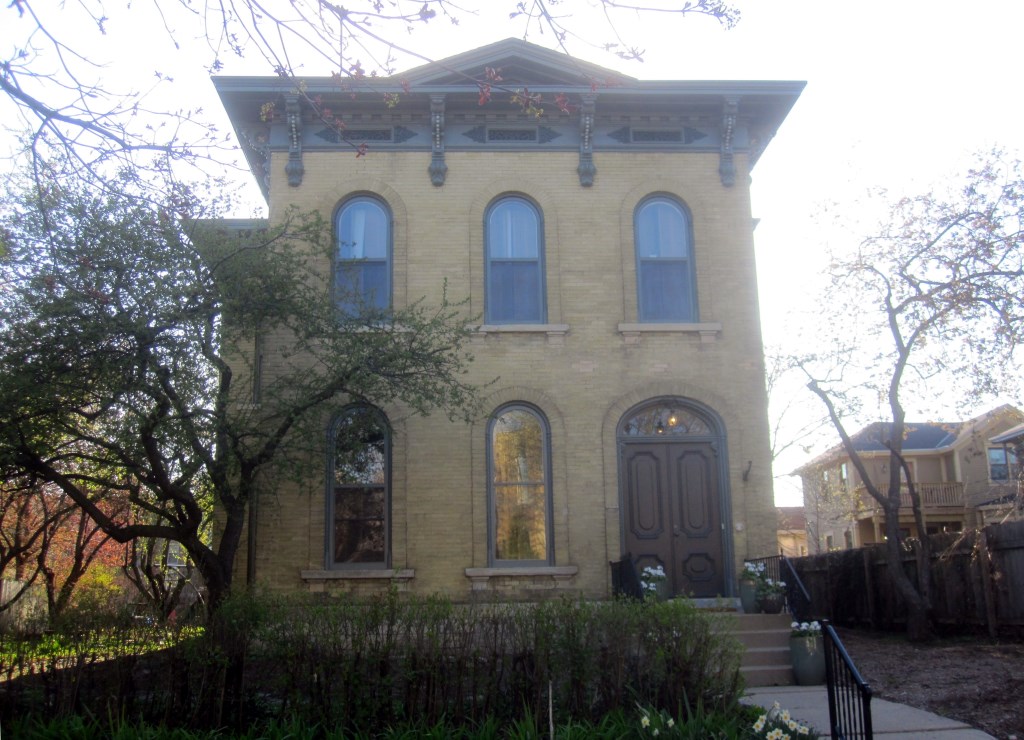 Travails Of An 1870 Walker’s Point Home. Photo by Michael Horne.

Historic Milwaukee Inc.‘s Annual Spaces & Traces tour will return Saturday, May 12th to Walker’s Point, the neighborhood where the tours first began 37 years ago. [Ticket information.] Among the featured residences is this fine S. 3rd St. Italianate mansion that dates to 1870. The 3,540-square-foot home with elaborate detailing was designed by John Rugee. Built at what was then 541-Hanover St. for liquor wholesaler Emil Schneider [1827-1894], the home is considered the finest on the block, with its hardwood floors, birch trim and floral motifs. Its costly refinements were not found in its similar neighbors on either side.

The home has stood the test of time, including doing its stint as a rooming house. But it was also one of the first historic homes in Walker’s Point to be reconverted to single family use, way back in 1971, when it was only 100 years old.

Schneider’s home was not his only monument. Yet another, weighing 84 tons, and topped by a Greek goddess, is the largest of the many overwrought tombstones of Forest Home Cemetery, where he reposes with his wife Helene [1835-1927] who resided in the home until 1915.

By 1934, the city inspector found that the house was occupied by one family with four residents among its 11 rooms, four porches, three stairways and a single bathroom. He gave it a rating of “3-Fair. Old construction sound but dilapidated in appearance. Sheet metal gutter rusted. Leaks.”

Schneider, by contrast, had lived in the home with just his wife and a niece. Back in the carriage house, now lost, was a groomsman, a Victoria carriage and a horse.

Rooming House Days, Then an Early Rescue of Sorts

By 1953 the home was owned by Anton Kramer who ran it as a rooming house. On April 13th, 1961, it was bought for $4,800 by Frank and Olga Yatel, Yapel or Yapela (the old city records are less than exact) who used it for the same purpose. In 1962 Frank got tired of shoveling coal and converted the home to gas heat. In June, 1970, the home was bought by Eleanor Therese Conners Bell. In a Milwaukee Journal article published July 25th, 1971, Bell told a reporter that she estimated it would take five years to remodel the home, and she hoped to spend less than $10,000 on the project. We shall see how that turned out.

Eleanor moved into the home with her two University School-educated, debutante daughters and left behind a traditional Salem-style home at 3029 N. Summit Ave. and a summer place on Pine Lake for this home in what she called “The foothills of Allen-Bradley.” You could say she was downsizing, since the new home was 97 square feet smaller than the one on the East Side. In exchange for the gentility of the lakefront mansion district, she got “Mexican neighbors and a tavern around the corner.” [See Bar Exam: Little Whiskey Bar Has Lots of it, March 2017.] Bell had unsuccessfully lobbied to save the Chicago and Northwestern train station downtown, and traveled widely exploring preservation efforts in other cities, attending national meetings and conventions. Now in her neighborhood she got to work on her little five-year restoration project. What to do with a home that once had walls covered in silk?

The assessor dropped by in May, 1982, after Mrs. Bell had been at work for a decade. The year before she spent $2,336 on a “Kitchen remodel including freestanding counter, lites and receptacles.”

Contacted owner re bedroom count. She said rooms were now used for storage they were maids rooms when house was a mansion + later as bed rms in a R.H. but now as single fam. there is no need for 9 bed rooms.

He came by again a year later and made this observation about the work in progress:

interior inspection. Noted kit has no sink/cabinets. Parlor instead of bedroom first floor, bsmt appears to have water prolems. Some restoration started. Much to do yet.

On January 20th, 1987, with Eleanor in the home for 17 years, the assessor was wondering when he could see some results that would justify increasing the assessment of the home. More disappointment awaited the frustrated civil servant. He noted that the roof had been replaced and the leaky sheet metal Yankee gutters had been repaired. The kitchen finally had its cabinets and built-ins, but he found it to be in a state of “Perpetual UNF –due to restortion to authentic cond. Many small restor started. Upper brs have considerable water damage to plaster.”

Exactly a year later, on January 20th, 1988, the assessor paid his regular visit to Mrs. Bell. He found “some woodwk partially stripped. Nothing done since ’87 notes. Owner has no plans to do any work until at least ’89.” More disappointment.

In 1990 the assessor gave it one more shot to see if the five year remodeling program, now 15 years overdue, had reached its end. His comments can be read as the plea of a desperate man. There are suicide notes that exhibit more hope for the future than does this report:

Nothing changed since previous inspection. Doubt if they ever will be as long as owned by present owner, Mrs. Bell. She did mention the possibility of selling it in a couple of years. House is too much for her to keep up.

The carriage house to the rear of the property, once the domain of the groomsman, the Victoria and the horse, was every bit as fine as the residence, with a distinguished roofline and attractive details. In July, 1996, new owners Gregg Rake and Yves DeBouteiller announced big plans for the remodeling of the carriage house. The work would involve jacking it up and building a new foundation beneath, along with other alterations to enhance the structure’s functionality.

On October 29th, 1996, the inspector was alarmed to note the work that had been done to the 126 year old carriage house. “Building moved 6.5 feet while contr was working on it. (life safety issue) emergency order to raze.” The shifting carriage house was torn down that very day. In 1998 the owners built a new garage, after receiving a variance for the 21 ft. by 42 ft. three car structure, which exceeded the permissible height for the district. The garage remains, but is probably not on the tour.

Today the home is looking better than it has in recent years, as does the neighborhood itself. Recent increases in property assessments testify to the strength of the area, and East Side expatriates like Eleanor C. Bell are not as uncommon here as they were nearly 50 years ago. The home also continues to improve, and there has been a good deal of earth moving going on in the north half of the yard. The arched windows are classic to the era, and provide rhythm for the facade. The privet hedge has been properly pruned for the most part, and the daylillies and other perennials are eagerly heading toward the sun. The side yard offers a quiet respite, with a little play structure in place. Why not see for yourself on the Spaces & Traces tour? 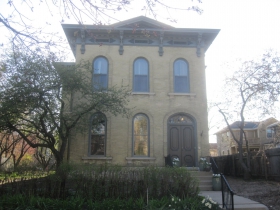 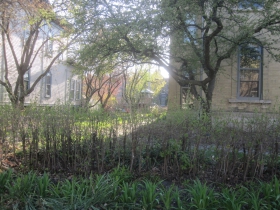 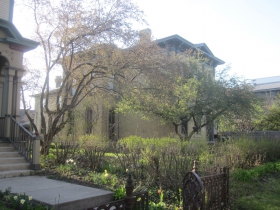 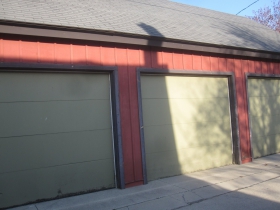 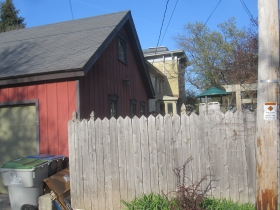 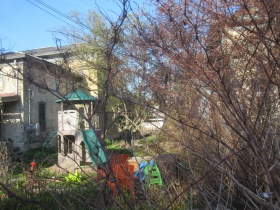 2 thoughts on “House Confidential: Travails Of An 1870 Walker’s Point Home”