Jane’s Walk Is All About Neighborhoods

By Lydia Slattery, Milwaukee Neighborhood News Service - May 10th, 2018 09:57 am
Get a daily rundown of the top stories on Urban Milwaukee 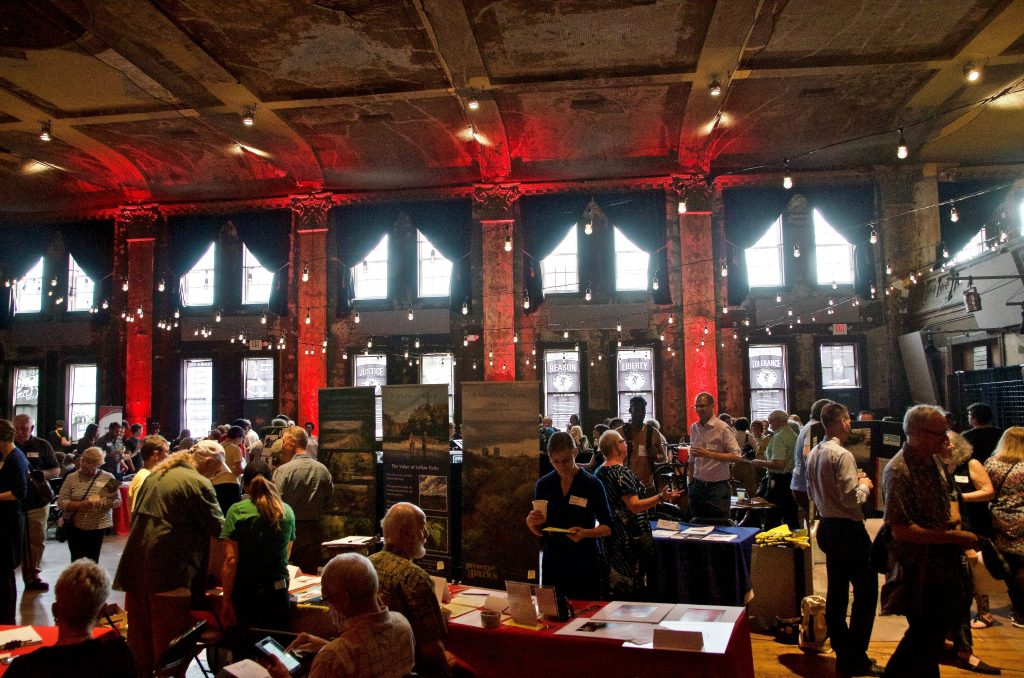 Connecting with neighbors can be as simple as getting a cup of coffee at a local café and striking up a conversation with the barista. Activism can begin with starting a community garden and encouraging neighbors to participate.

Ruth Weill, a community organizer in the Riverwest and Harambee neighborhoods, sees community action as engaging with people throughout the day. She said that activism doesn’t necessarily mean holding a rally; it can mean having conversations and trying to understand what residents want to see in their neighborhood.

“People have a lot of assets they bring to the table and that’s what you learn when you’re talking in those unplanned conversations,” said Weill.

Weill and six other local activists were part of a panel discussion organized by Jane’s Walk MKE, which provides free, resident-led walking tours throughout Milwaukee. A kickoff event called “Seeding Grassroots” was held recently at the Turner Hall Ballroom, 1040 N. 4th St. Sponsors included ZIP MKE, Milwaukee Turners, Near West Side Partners, Menomonee Valley Partners and Milwaukee County Parks, along with a half dozen other organizations. 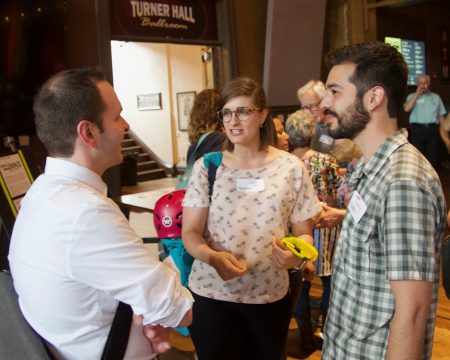 The panelists discussed their own activism and philosophies in relation to the work of urban writer and activist Jane Jacobs, author of the 1961 book “The Death and Life of Great American Cities.” Jacobs fought for community-based city planning to protect neighborhoods and the people who occupy them. Jane’s Walk is an international organization in 42 countries and more than 200 cities. The panel was moderated by Michael Carriere, an associate professor at the Milwaukee School of Engineering,

“Normal people who lived in those areas were the experts, in her opinion,” said panelist Antoine Carter, former executive director of Groundwork Milwaukee, an environmental nonprofit. “Oftentimes we leave that to urban planners who sometimes have never been in the neighborhoods they’re helping plan.” Jacobs wanted to get neighborhood residents involved in the planning process, he said.

Tatiana Maida, a panelist and Healthy Choices department manager at Sixteenth Street Community Health Centers, stressed that immigrant communities face unique challenges since they do not have the same feeling of belonging in their own neighborhoods as native-born Americans do.

When Carriere asked about “the return of urban agriculture,” Venice Williams, executive director of Alice’s Garden, responded, “We need to stop saying, ‘return to urban agriculture’ because for some neighborhoods it never left; just because you didn’t see it, doesn’t mean it wasn’t going on.”

Williams said her family always grew food within the city and fed one another. Community gardens and urban agriculture were a way to take care of families in the neighborhood.

Carter added that urban agriculture creates a stronger sense of community, as strangers hang out together and have conversations. “I’ve used urban ag as an organizing tool,” Carter said. “A lot of the benefits I saw were beyond a healthy carrot.”

Jane’s Walk MKE is now in its third year, offering nearly 30 walks throughout the city, and some in the suburbs. The walks will take place throughout May and are free and open to the public. Tour guides will lead groups through neighborhoods such as Lindsay Heights, Sherman Park, Bay View and Riverwest.

“We have walks from West Lawn Gardens to the north, Lincoln Avenue to the south, from the lake and to Washington Park,” said Dominic Inouye, co-program chair of Jane’s Walk MKE and founder and director of ZIP MKE, a grassroots organization that photographs and engages with Milwaukee communities.

Kohler explained that Jacobs was a hero because she wanted to preserve three New York neighborhoods from Robert Moses’ plan to build a freeway through those neighborhoods. Moses served as New York City parks commissioner during the 1960s. Jane fought for 10 years and that freeway was never built, Kohler said.

Any resident who wants to lead a Jane’s Walk is welcome to do so, Kohler said.