By Chuck Quirmbach, Wisconsin Public Radio - May 9th, 2018 02:40 pm
Get a daily rundown of the top stories on Urban Milwaukee 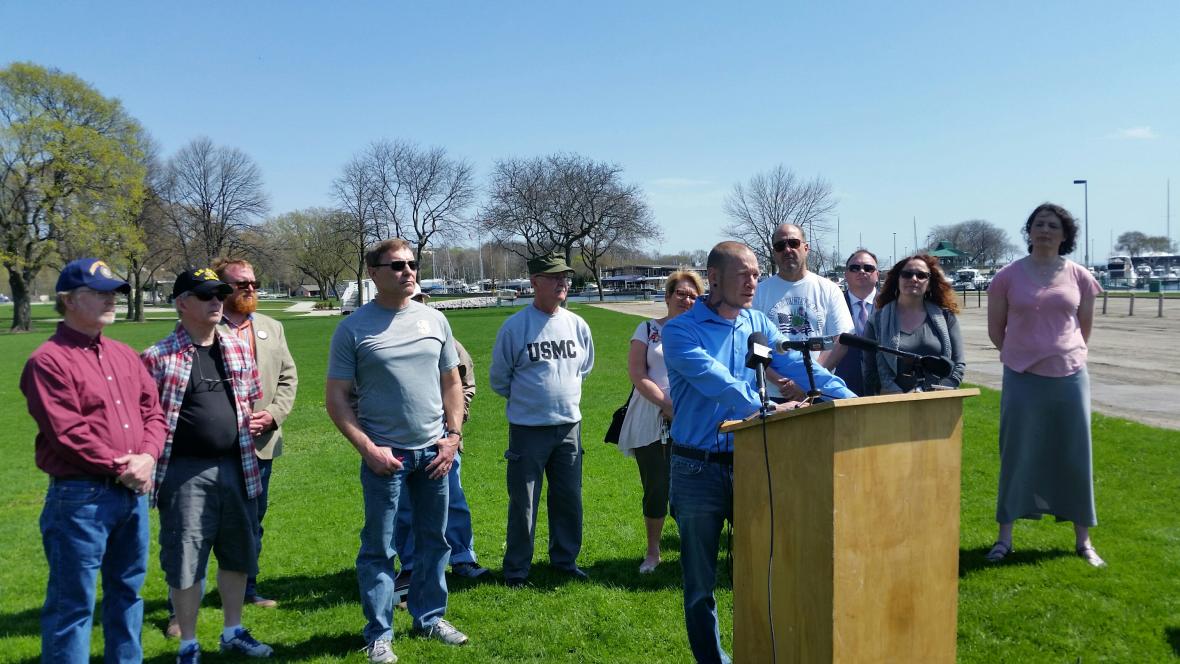 More veterans are criticizing Republican U.S. Senate candidate Kevin Nicholson for his recent comments to a Milwaukee radio station about military veterans who are Democrats.

Last week, the Delafield businessman told WTMJ-AM that he questioned the “cognitive thought process” of veterans who back the Democratic Party saying, “They’re signing up to defend the Constitution that their party is continually dragging through the mud.”

Those comments led to quick criticism from veterans. Then on Tuesday, the Democratic Party of Wisconsin brought about a dozen veterans together at Milwaukee’s lakefront to express their concerns to at least five local media outlets.

Rebecca Solen, a U.S. Army veteran, kicked off the event.

U.S. Army veteran Curtis Schmitt Jr. said, “I took an oath of enlistment to defend the Constitution of the United States, not an oath to any political party. So did Kevin Nicholson. So, he should know better than to question my patriotism and commitment to this country.”

U.S. Air Force veteran Keith Wagner was also in attendance Tuesday and brought up the fact that Nicholson was previously active in the Democratic Party.

“I understand that your past associations have caused you some problems with your prospective voter base. But it’s not OK to cut down other veterans to prove how Republican you are,” said Wagner addressing Nicholson.

Some earlier comments from Nicholson have also irritated veterans who are Republicans.

The veterans who spoke at Tuesday’s news conference are asking for the same.

“There’s too many people in politics that are expressing fake outrage and demanding apologies,” Nicholson said. “Political actors do it all the time to cover their mistakes, and in this case, they’re trying to cover the many mistakes of Tanmy Baldwin, when it comes to national security and the defense of our liberties and our future.”

The winner of the Aug. 14 GOP primary is expected to face Baldwin in this fall’s general election.