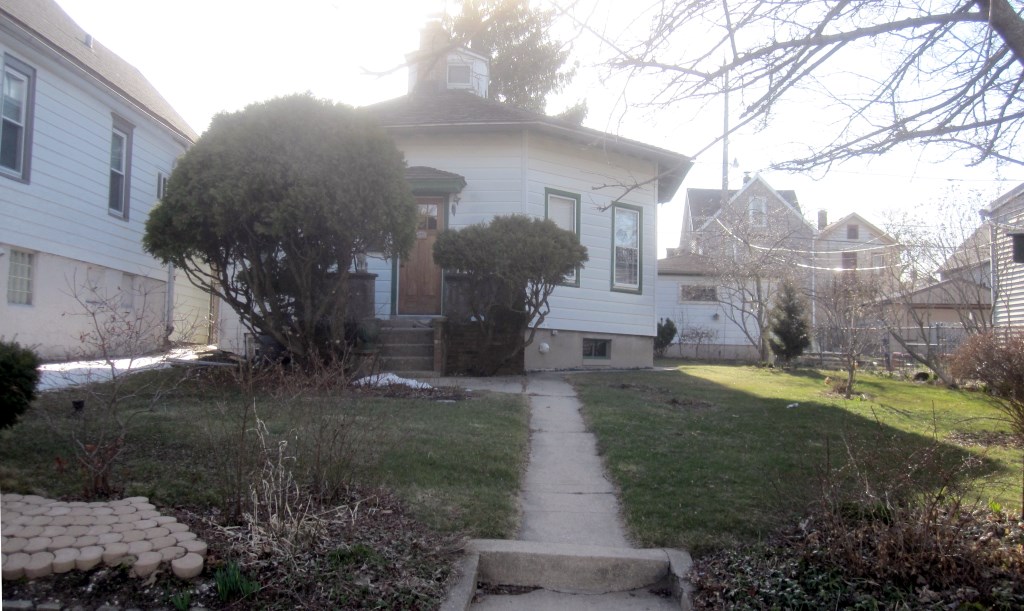 In 1848 Orson Squire Fowler, a phrenologist from New York state, published a book entitled “A House for All, or a New, Cheap, Convenient and Superior Mode of Building.” Fowler’s book promoted the use of the octagon shape in residential house construction, and for a brief period of time that architectural historian H. Russell Zimmermann likened to a prairie fire, octagonal houses arose in many areas of the country. By the Civil War, they were passe’. Like a prairie fire, the fad was extinguished as soon as it was ignited.

Only three octagon houses were built in Milwaukee — the George Gordon house, which was located along the river bluff at what is now Gordon Park, the Linus Dewey home 1631 N. 4th St., and the sole remaining home, this modest structure with eight walls of 12-1/2 feet apiece located in a quiet enclave east of N. Humboldt Blvd. in Riverwest.

The home, which is a locally designated landmark, is one of 20 or so remaining pre-Civil War homes in the City of Milwaukee. However, despite the best efforts of historians, this home’s first 38 years remain a mystery. Was it built at its current site? Or moved from elsewhere? Who was its builder and first owner? When was it built? These questions remain. Its distinct profile appears in an early map of Milwaukee. On the other hand, the city’s Historic Designation Study Report says the “mark on the 1858 Walling Map at the Milwaukee County Historical Society, on Lot 20, might represent the Octagon House or may just be an imperfection on the paper.” It might have been built as a residence, or perhaps as a garden structure for one of the estates that lined the river. It might even have been a carousel, some suggest.

What we do know is that by 1889 the home appears on the tax rolls as the residence of Johann (or John) and Dorothea Osmanski, at a time when the area immediately west of the Milwaukee River showed a surge of growth of largely Polish immigrants. When Johann died in 1909, the home was transferred to Anna Tadajewski. After a series of owners, the home was sold in 1970 to Marvin J. and Juanita Davidson. In 1998, their adult children, Arden Davidson, then 28, and sister Linda Timm, then 36, who lived in the home, sold it to its current owner for $45,000.

It had been listed by Don B. Anderson, broker for $55,000. Michele Derus of the Milwaukee Journal Sentinel wrote an article noting that “the badly placed, inappropriately re-sided but distinctive structure is a notable vestige of an 1850s architectural fad.”

The home has had a number of changes to it over the years. The distinctive cupola, which provides the only natural light to the windowless second floor, is rectangular in shape. Zimmermann’s investigation shows that it was originally octagonal. (Skylights and porches are always the first elements to fail.) The roof has 16-inch wide planks, which is a good three times wider than the planks in your roof.

In 1933 Mike Junelewicz paid $30 for a 10′ x 14′ shed there, now gone. On September 14th, 1945, Clarence Schmitz took out a permit for a $900 project “to install complete bathroom on first floor and new windows in kitchen.” This leads one to wonder what sort of incomplete bathroom had heretofore existed in the building.

In 1953, another $900 job gave the building asbestos siding with a 30 lb. felt underliner. When the Davidsons bought the place in 1970, the first order of business was tearing down the old garage (built without a permit) and replacing it with the current 16’x22′ garage, which is a rectangle, and decidedly not an octagon. That building cost him $1,900. Also, in 1970, the building got its current aluminum siding. Only a small amount of decorative trim on the roof gives a clue to the building’s age — that, and its unusual shape.

The home sits practically on the southern line of its 6,000 square foot lot, which is 50 feet wide and a generous 120 feet deep. The home is set far back from the street, making it easy to miss. The front door overlooks the back door of its neighbors. This odd placement also has historians wondering about the lost history of the home. If it had been moved here, it would likely have been better situated on the lot. If it was original to the site, then the placement might make sense, as its once vast 6 acre site was whittled down and subdivided. Or, perhaps, it was placed in such a fashion to expedite subdividing the lot into two 25-foot parcels, as was the custom elsewhere in the area, yet was never done here.

And what an area it is. N. Gordon Pl. and its counterparts N. Dousman St., N. Stanley Pl., and E. Meinecke and E. Walworth streets form a part of an enclave that lies between the Milwaukee River and N. Humboldt Blvd. between the major streets of E. North and E. Locust avenues, both of which have bridges traversing the river. Yet due to geography, and also to its dating before Milwaukee’s zoning code of the 1920s, the area has a certain randomness to it that creates a juxtaposition of Polish flats (some quite rudimentary), more substantial duplex homes, a number of industrial buildings (including a former lace paper factory), some East Side duplexes of the early 20th century that had been displaced by construction near the UWM campus, and the Octagon house. There are some undistinguished multi-family buildings, including a particularly ungainly one made of concrete block, when the material was new. There are also a few remnants of the area’s past as a summer resort, including one home with vast eaves that suggests Octagonal houses were not the only architectural fancy in the district at one time.

The neighborhood is not bereft of taverns, as befits Riverwest. They include the tiny Squirrel Cage, where the back room is still a kitchen, Gee Willickers, which is filled with folks who grew up here (many years ago) and The Gig, which is a substantial brick structure with two pool tables, an outdoor deck, and plenty of cheap draft beer specials. All three have been reviewed by Bar Exam. Another former bar now serves as a home studio for its resident musician.

The neighborhood also was home to the iconoclastic artist Bob Watt; his former residence is now being extensively remodelled. It is likely that the same fate will be in store for other homes in this quiet district which has no peer in the city.

After the current owner, Barbara Joy Bythell, bought this octagon house in 1998, the Assessor went to work reviewing the sale, and making use of the newfangled computer system that aided him in his chore. This led to a note in the assessor’s file. “File management was performed. Changing typing “C” Grade “Contemporary” to D+ Old Style – + computer unfortunately raised the value as a result! — HOLD at $31,200  Don’t use $33,600 on this 1852 octagon house.” The thoughtful assessor prevented the mindless computer from over-assessing the property.

The Octagon House will be one of the attractions on my Jane’s Walk MKE 2018 tour entitled “The Beer Line and Beyond: How Ice and Sawdust Formed a Bond.” It will begin at the dam on Saturday, May 5th at noon and will run until 3 p.m. at a leisurely pace that will allow plenty of time to visit the neighborhood taverns and to take a look at this old neighborhood, and its fascinating background.

For years the Beer Line, now a bicycle path, was an instrumental commercial artery. It was located between the river and N. Humboldt Blvd. and served many purposes, not the least of which was bringing ingredients for the beer to the breweries, and then shipping the finished product out to customers. Once the Beer Line got to Locust St., it headed northwest, creating the only diagonal of the Riverwest street grid.

There were ancillary uses of the neighborhood’s resources that not even the oldest Milwaukeean remembers. By the end of the 19th century, Milwaukee’s brewers were using hundreds of thousands of tons of ice per year to lager and store their products. (This is one reason why breweries were built into hillsides — to accommodate the construction of caves for cooling.) The ice came from the Milwaukee River above the dam (as well as from some inland lakes). Giant conveyors lifted the blocks up the river banks at E. Center St. and elsewhere, where the ice was stored in huge buildings. Next door to the ice warehouse, the Phenix Manufacturing Company of 048 Center St. (this is not a typo — addresses on east-west streets east of Humboldt began with a zero) manufactured doors, sashes and screens, generating a tremendous amount of sawdust that would ordinarily be waste. But, being located next to an ice house, the Phenix folks sold the sawdust to the ice people who used it to insulate the ice, which it did most effectively.

Learn about this and more in my Jane’s Walk around the neighborhood. I will be joined by Vince Bushell, who will discuss how the old industrial rail corridor is now becoming a modern environmental corridor.

The 2-mile tour will begin at River Revitalization, 2134 N. Riverboat Rd., the site of the Milwaukee dam, and will end at the same location. There is a considerable elevation shift from the river to the streets above, but the grade is easy. There is presumably plenty of street parking at the location. Extremely convenient to public transportation and Bublr bike stations. Rain or shine!

Bring money for beer, if you have a thirst. Register for the free Jane’s Walk “The Beer Line and Beyond: How Ice and Sawdust Formed a Bond.”

My walk is just one of dozens planned for the City of Milwaukee in honor of Urban Pioneer Jane Jacobs, who would have turned 102 in May. A small committee has met weekly for several months in anticipation of the walks, which span the community.

A kickoff event begins Wednesday, May 2nd at Turner Hall Ballroom, 1040 N. 4th St. at 5:30 p.m., featuring a Jamaican dinner, plenty of beer, a meet-and-greet and a panel discussion. Stop by and meet your neighbors and organizers, including Julilly Kohler, Dominic Inouye, Bill Sell, Peter Maillifer of 100 Days of Biking, Annie Minga, Antoine Carter and dozens more community minded people. A panel discussion will feature Michael Carriere. The mobile bicycle repair shop from Vulture Space will also be in the house. For more information, click here. 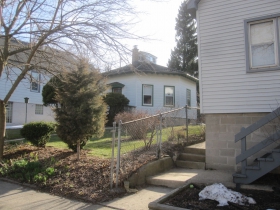 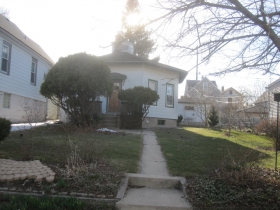 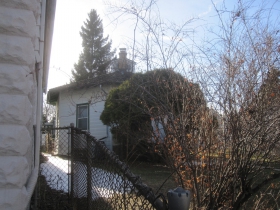 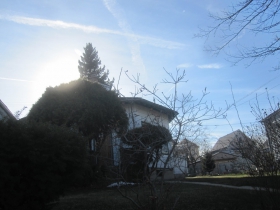 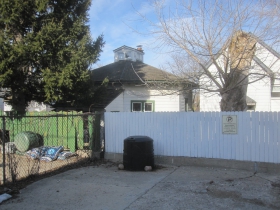 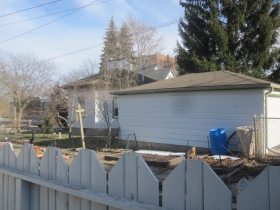