By Gretchen Schuldt, Wisconsin Justice Initiative - Apr 23rd, 2018 02:04 pm
Get a daily rundown of the top stories on Urban Milwaukee 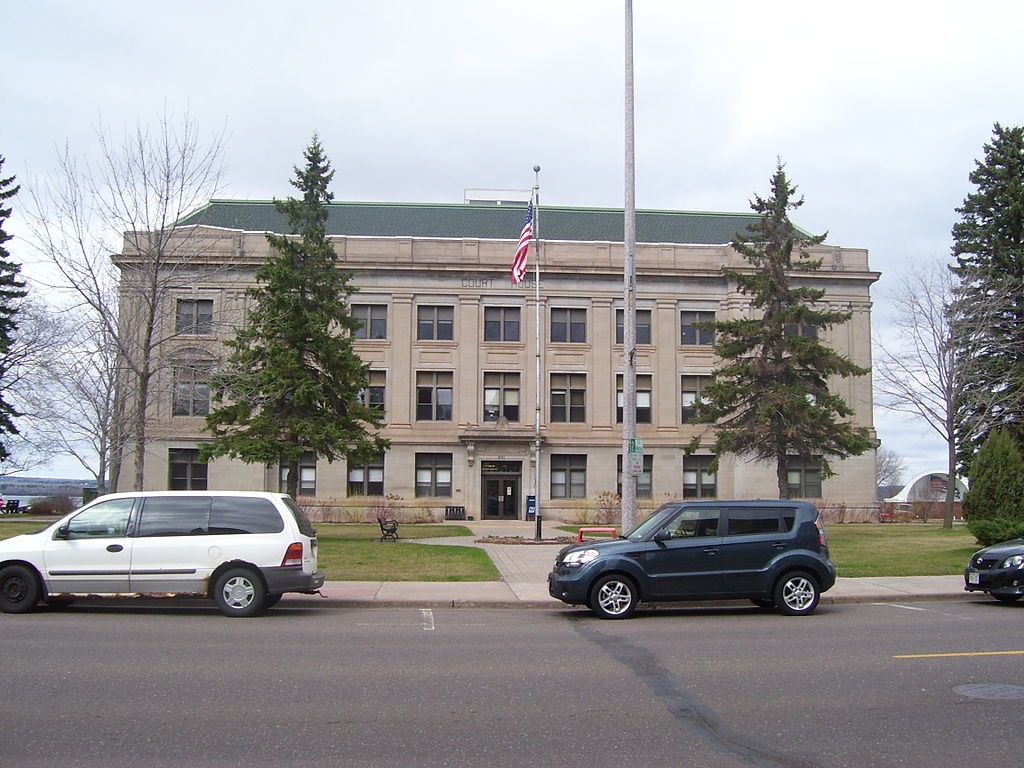 Finding lawyers willing to take on criminal defense work for $40 an hour “often times takes weeks and months,” according to an Ashland County judge.

“Some attorneys from out of the area have graciously agreed to take cases here,” Circuit Judge Robert E. Eaton wrote to the Supreme Court. “I have had attorneys come from LaCrosse, Eau Claire, Stevens Point, and River Falls to take up cases for indigent criminal defendants.

However, there are simply not enough attorneys locally who will accept cases at the rate of $40 per hour.”

WJI examined felony cases filed in Ashland County in 2017 and found 105 cases where it could be determined with certainty that private attorneys were appointed by the State Public Defender’s Office (SPD) to represent defendants who couldn’t afford to hire lawyers. 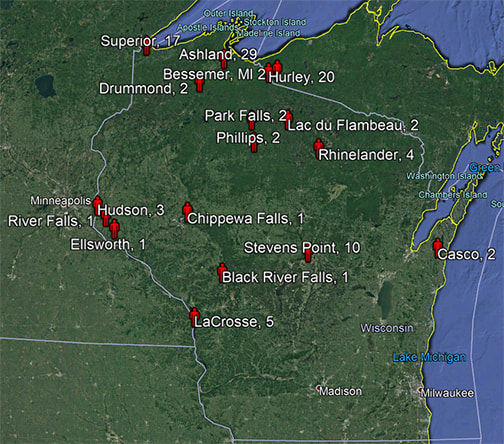 The map shows where lawyers hired for 105 cases had their offices.

The map shows where lawyers hired for those cases had their offices. It also shows how many cases were handled by lawyers headquartered in each community. For example, lawyers based in Ashland handled 29 Ashland County felonies, lawyers from La Crosse, about 250 miles away, handled five. (SPD-appointed lawyers are paid only $25 per hour for out-of-county travel time.)

The Supreme Court is considering a petition asking it to increase to $100 the amount the state pays to the appointed lawyers. The Court is accepting comments on the proposal until May 1 and will hold a public hearing on the issue May 16.

Private attorneys performing the same type of indigent defense work in the federal system are paid $140 per hour.

Eaton, in his comments, said he discussed the compensation issue with a group of criminal litigants.

“A comment was made that a plumber or auto mechanic will expect to receive at least $75 an hour for his or her work,” he wrote. “The group seemed stunned by the fact that an attorney would only make $40 per hour.”

The group agreed they expected an SPD-appointed lawyer to make $75 to $100 per hour.

Eaton said he has appointed lawyers at county expense even though they qualified for State Public Defender representation.

“I felt it was unconscionable to have people in jail for weeks at a time without the services of an attorney,” he said. “However, making these appointments is unfair to the county taxpayers who pay the bill that should be the responsibility of the State Public Defender and unfair to the defendants because the Court does inquire of them about reimbursing the county for the cost of appointed counsel.”

“I agree with the citizens I’ve interviewed,” he said. “Compensation for private attorneys working for the public defender is too low and is creating a burden on the legal system and those who are required to use it.”

Judges, lawyers and citizens concerned about this issue can contact the State Supreme Court. Submit your comments by May 1 to clerk@wicourts.gov and carrie.janto@wicourts.gov or snail mail them to Clerk of Supreme Court, Attention: Deputy Clerk-Rules, P.O. Box 1688, Madison, WI 53701-1688.

Your comment should include the petition number, which is Rule Petition 17-06. Digital comments should be sent as a Microsoft Word attachment.