Why Student Activists Did 50 Mile March

Issue was gun control but the inspiration was 1960s Selma to Montgomery march. 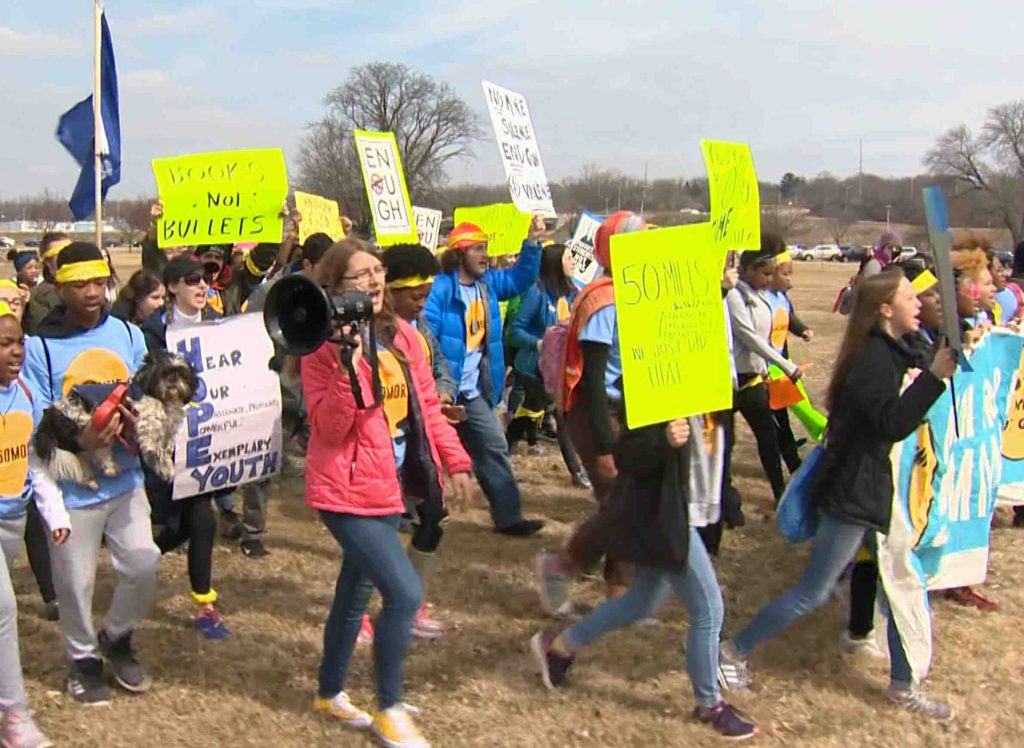 One day after the nationwide March for Our Lives, which included more than a dozen demonstrations around Wisconsin, a group of about 40 students from more than a dozen schools started a 50-mile long trek from Madison to Speaker Paul Ryan‘s hometown of Janesville in the state’s 1st Congressional District, which he has represented since 1999.

The group, called 50 Miles More, is calling for comprehensive changes to gun policy as part of the national youth activism movement that emerged in the wake of a mass shooting at Marjorie Stoneman Douglas High School in Parkland, Florida on Feb. 14, 2018. Participants embarked on March 24, 2018 and marched over the course of four days, sleeping in school gyms along the way. When the students arrived in Janesville on March 28, they held a rally for a crowd of hundreds, including community members and public officials.

Wisconsin has seen a variety of instances of youth activism over the past decade, from student-driven protests during the 2011 Act 10 demonstrations to walkouts over gun policy in 2018. However, this 50-mile march intentionally sought to emulate the civil rights movement of the 1950s and ’60s, and the 54-mile marches in Alabama from Selma to Montgomery.

“We looked to history and an earlier generation of young leaders who fueled real change,” the marchers wrote in their mission statement. “Those 54 long miles took us a long way toward progress, and are the inspiration for our march.”

According to Walter Stern, a UW-Madison educational policy professor and expert on civil rights-era student activism, the historical parallels can be drawn between the current march and Selma marches.

“The context and climate of Alabama in 1965, and the violence that participants in the march were subjected to, was quite different than today,” Stern said. “On the other hand there is a long history of young people being engaged in activism, often taking a stand when adults were unwilling or unable to act more forcefully, so historical analogies are justified.”

As the students look to expand their activism to other states, it is unclear whether the historical precedent of the civil rights era suggests they will achieve their goals.

Stern said student activism helped add to the narrative of the civil rights movement, citing one instance that became part of the landmark Brown v. Board of Education decision by the U.S. Supreme Court.

“On the one hand it had a huge impact,” Stern said, “yet on the other hand, we still have very segregated schools today.”

Stern cited the example of Milwaukee student activist Vada Harris, who in 1967 worked to change history curricula at Riverside High School, as an example of how students can help change the narrative surrounding issues.

“I think students opened up a whole new set of ideas,” Stern said. “From there, there’s no looking back once that door is open.”

The students are encouraged at least one change that occurred following the march. Two weeks after the rally in Janesville, Ryan announced that he would retire from the U.S. House.

Expressing youthful enthusiasm, 50 Miles More participants claimed at least some credit for the retirement. March organizer Katie Eder told Teen Vogue “our march was that last straw” in the Speaker’s decision to retire.

Ryan cited an interest in spending more time with his family as the motivating factor in his retirement, while observers have also pointed to the political environment in Washington, D.C. and Republican prospects in the November 2018 elections.

“I think that although we aren’t the sole reason why he decided not to do it again, I think we had a big impact,” added march organizer Alemitu Caldart in an interview with the magazine.

The organizers said they plan to promote their idea of 50-mile marches to other states, and are developing seed money and toolkits to aid student activists interested in the idea.

The Inspirations Behind Wisconsin’s ’50 Miles More’ March w as originally published on WisContext which produced the article in a partnership between Wisconsin Public Radio, Wisconsin Public Television and Cooperative Extension.