It’s critical to region’s economy. WOW county leaders should push for this. 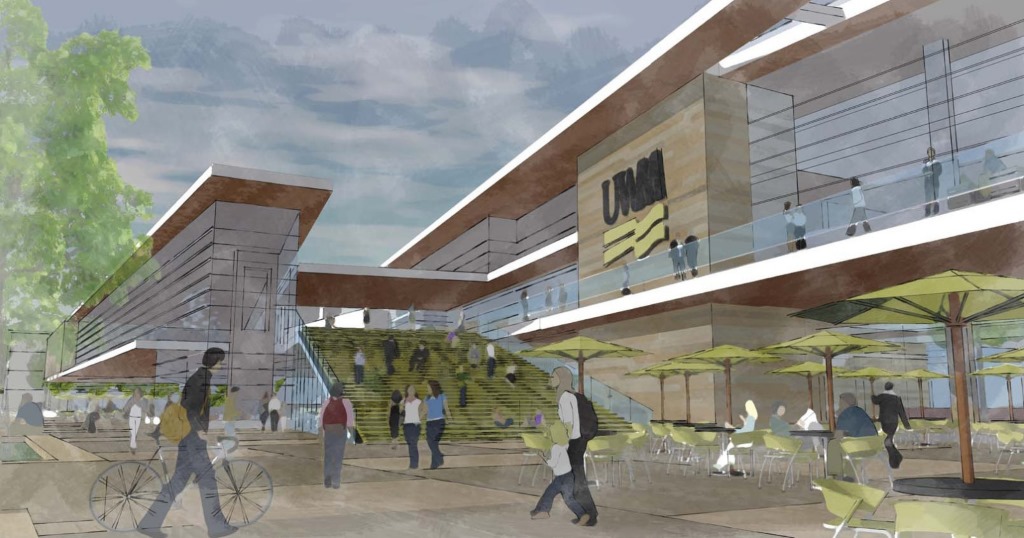 Conceptual design for a new UWM Student Union from 2014.

It qualifies as big news that UW – Madison has won approval from the UW Regents and state government for $220 million in capital projects, including $123 million for a chemistry building renovation and addition. The building dates to 1964 and is overdue for an upgrade.

I can’t remember being on the Madison campus when there weren’t multiple cranes in the air. They have been rare on the Milwaukee campus.

Those five projects, a laudable commitment to our flagship campus, add up to $366 million in investment.

Interestingly, a similar strong case can be made for the aging chemistry building at UW – Milwaukee. It dates to 1972 and is in tough shape. The price tag for its replacement would also be in the $120 million range, but no commitment has been made.

In terms of economic development, the case can be made that the M7 region is lagging the nation, while Dane County has virtually no unemployment. On that basis, if universities are “engines” of the new economy, why not invest more equally in the UWM campus?

In fairness, UW – Milwaukee has just enjoyed one of its best funding years, winning some $85 million for the renovation of Sandburg Hall, a residential facility, and improvements to its Northwest Quadrant, the old Columbia St. Mary’s Hospital. That Northwest upgrade will clear the decks for more health science programs, including an expanded, much-needed nursing program.

But you can do the contrasting numbers. The Madison construction far exceeds Milwaukee’s best year in a long time. There is clearly a lack of anything resembling parity for the state’s two doctoral campuses.

A new group of business leaders, called the Panther Promoters (after UWM’s mascot), has urged more parity between investments at the two campuses. By all means, fully invest in the flagship campus, but also raise UWM to heavyweight status as a world class urban university.

UWM has made great strides in that direction, highlighted by its new status as an R1 research university, one of the top 115 in the country. It has jumped to 56 patents issued, 49 pending, 70 licensing agreements and 14 faculty-related startup companies. That’s a leap from just a decade ago.

UW – Madison’s R&D numbers are far higher that UWM’s. But Madison started down the research trail to greatness a century ago, while Milwaukee got serious about R&D only a dozen years ago.

This is not a race. It is not a competition. We need both campuses to be world class. The state needs to position UW – Madison as a research leader in the world. The original stem cell patents developed there are just one of its many breakthroughs.

But there is room for two great PhD granting campuses in this state.

Business leaders in the M7 Region believe that and are pushing a parity agenda for resource allocation. UWM has the advantage of being in the heart of the state’s business community, so it is closely connected to world class companies like Rockwell, GE Healthcare, JCI, NML and WE Energies. They are fully supporting UWM’s ambitions.

Further, UWM is emerging as a regional institution with the addition of satellite campuses in Waukesha County and Washington County. (UW – Parkside should be a satellite campus, too, especially in light of Foxconn’s emerging talent needs.)

Beyond the chemistry building, the glaring needs for the UWM campus are an upgraded engineering building; a student health and recreation center (the funds already exist) and a upgraded student union.

Republican legislators and regents in the WOW counties (Waukesha, Ozaukee and Washington) need to team up with the Democratic leaders in Milwaukee County to bring investments in UWM to a level within hailing distance of what is being spent in Dane County.