The Prometheus Trio offers a potpourri of trios at a Wisconsin Conservatory of Music concert next Monday and Tuesday evening. The ensemble (pianist Stefanie Jacob, violinist Margot Schwartz and cellist Scott Tisdel) begins this concert with a lyrical work written for children to play, advances to two impressionistic works with very different colors and origins and ends with a powerful example of the dynamic chamber works of Robert Schumann.

The three other composers — Julius Klengel, Joaquin Turina and Shulamti Ran — may not be known to most. 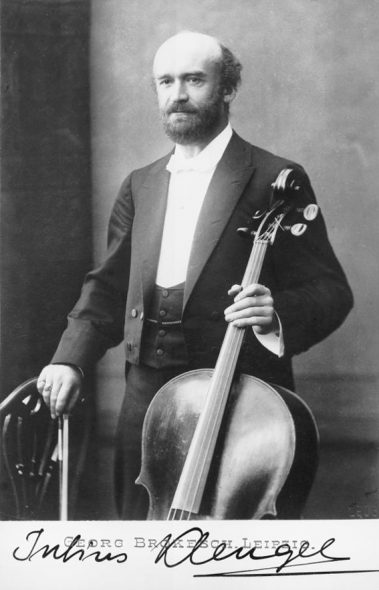 Julius Klengel. Photo is in the Public Domain.

The Prometheus Trio will open with a short romantic-era trio by Julius Klengel (1859-1933), who was for more than 50 years the primary cellist with the Gewandhaus Orchestra of Leipzig, Germany. Aside from a collection of etudes still often used in cello pedagogy, his many works for cello and other combinations are rarely presented. But one quirk of fate endears him to the Prometheus. Klengel had three daughters who took up piano, violin and cello. He wrote a set of four piano trios for his daughters to play. His Kindertrio in D Major, Op. 39, No. 2 is the most advanced of the set, but all genuinely represent Western classical music of the era.

Jacob finds few appropriate selections as the Prometheus Trio works to coach young chamber artists at the Wisconsin Conservatory. “We feel we should coach the canon rather than airy fluffy things that have just been written,” she argues. With Klengel’s trios “the three parts are equal in difficulty,” she says, but they “are wonderful teaching pieces because the composer introduces so many potential pitfalls in a short space of time.” This cheerful trio contains lyrical solos, canonic writing, mixed rhythms and challenging communication among the players. The result is not child’s play, and is also an effective audience pleaser.

Spanish composer Joaquin Turina (1882-1949) has been represented on a number of Prometheus concerts – notably his work, Circulo, which had been presented several times.  Ciruculo blends the colors of Spanish music with the imagery of Debussy – an influence when Turina studied in Paris. Circulo is a trio that opens with sunrise and takes the listener through the day, until sunset. Turina’s Trio No. 2, to be performed at this concert, incorporates  similar colors and impressionistic styles, but without the story line. The work contains some of the same symmetry with a final movement recalling themes introduced throughout. 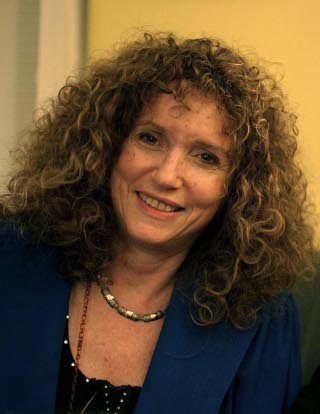 The Prometheans will also playing a work by contemporary Shulamit Ran. Born in Israel in 1949, Ran studied in the United States and recently completed 42 years on the faculty of the University of Chicago. Her works tend to stretch in many directions. One work, Legends, was performed by the Milwaukee Symphony Orchestra last April. Soliloquy (1997) (marked “Misterioso, like a prayer”) opens and closes quietly, exploring colors that often shimmer and glow through the music. Tisdel observes that after an omnipresent drone, “gradually melodies form from the ether. A serpentine melody reminiscent of Ernest Bloch‘s Schelomo lead to a feverish climax, ending peacefully” near to where it began.

The concert concludes with a recognized classic by Robert Schumann (1810-1856), the Trio in D minor, Op. 63. Jacobs observes that a percussive piano can create balance issues. She quotes Robert Schauffler who laments that he is able to “count on the fingers of one hand remembered performances of this work in which the pianist had enough mastery, self-control, finger-control, musical piety and greatheartedness to keep a reasonable balance with the strings.” “Just about everything is doubled,” Jacob observes. “So you have to pick and choose who really gets the melody here. It’s my tune for just a little bit, then I have to back off and let someone else come through.” Some composers have hesitated to write chamber music for piano and strings. But in the hands of talented performers with experience and respect for one another, Schumann piano trios, quartets and quintets stand out as demonstrations of the dramatic power a small chamber group can achieve.

Each of the selections may be previewed on YouTube by following the links for each piece. The Kindertrio uniquely features Jacob as page turner!

The Prometheus Trio performs in the intimate setting of the Wisconsin Conservatory mansion’s ballroom. To accommodate the fan base of the Prometheus Trio, the concert is offered twice: Monday, April 16 and Tuesday, April 17 at 7:30 p.m. Tickets may purchased online or at 414-276-5760. Single tickets range from $17.50 (student) to $27.50 (general), with front row seats reserved for $37.50. The Conservatory’s location at 1584 N. Prospect Ave. conjures images of difficult parking, but an arrangement with Milwaukee Eye Care, allows convenient complementary parking at 1684 N. Prospect Ave., just one block north.