By Andrea Waxman, Milwaukee Neighborhood News Service - Apr 6th, 2018 11:00 am
Get a daily rundown of the top stories on Urban Milwaukee 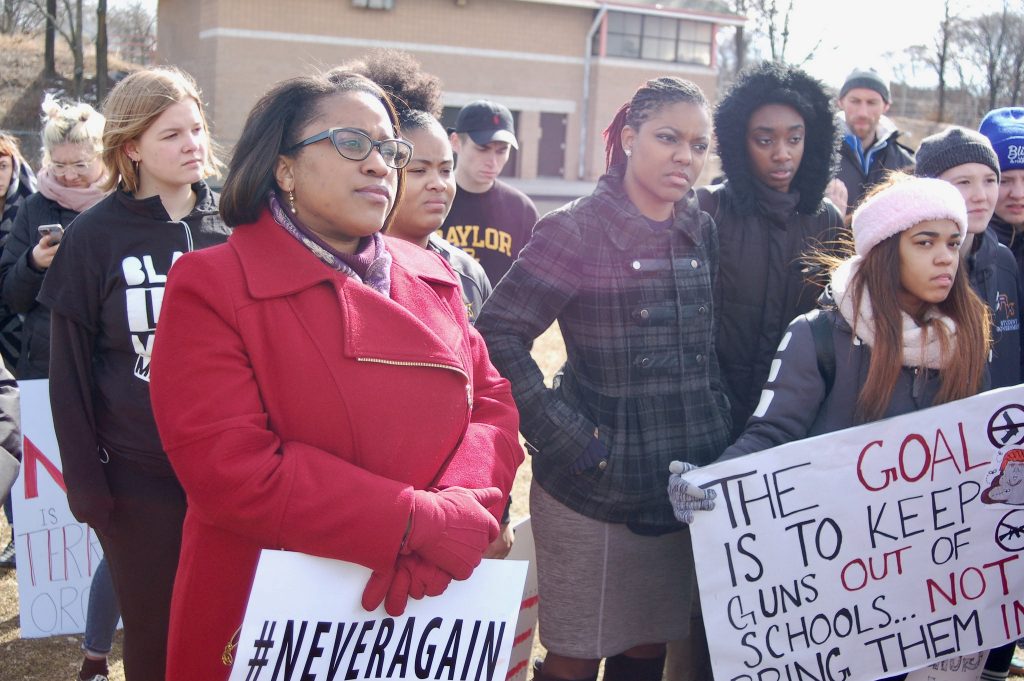 Although many leaders of Milwaukee Public Schools’ partner organizations were surprised by MPS Superintendent Darienne Driver’s announcement that she will leave Milwaukee in July, Mary Lou Young was not.

Young, CEO of the United Way of Greater Milwaukee & Waukesha County, has worked closely with Driver on the United Way board, where Driver chaired the volunteer engagement committee. They also worked on many joint projects, including Milwaukee Community Schools Partnership, Milwaukee Succeeds, teen pregnancy prevention and drivers education, Young said.

“Dr. Driver is a collaborator. She keeps efficiencies top of mind all the time but she doesn’t feel like MPS has to create everything. She finds other entities that have expertise or skill sets in different areas that can help the kids and finds a way for MPS to collaborate with them,” Young said.

Young, a Michigan native, was involved in “connecting the dots,” for Driver’s new position as president and CEO of the United Way for Southeastern Michigan in Detroit, according to Brian McKaig, United Way’s vice president of marketing and communications. 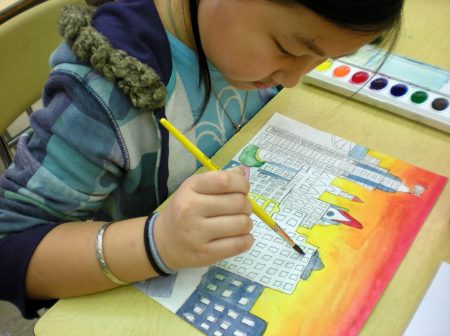 An MPS student uses watercolors in an art class taught by an Arts @ Large teacher. Photo courtesy of Arts @ Large.

Although the community will miss her insight and energy, Young said, she is happy for United Way and for Driver, who has become a friend. Young added that Driver “recently got engaged and her fiancé lives in Detroit.”

Walter Bond, executive director of Teach for America Milwaukee,and Teri Sullivan, co-founder and CEO of Arts @ Large, said they value her commitment to MPS’ children and are grateful for her collaboration with their organizations. Both worked closely with Driver, who came to MPS in 2012, became interim superintendent in July 2014 and was named permanently to the position in September 2014.

Bond said an important contribution has been Driver’s “incessant and unyielding focus on children and what’s best for children,” which he called  “a breath of fresh air” in a city that “has a way of bogging folks down and saddling our leaders and our talent with the vitriol in the wars of yesteryear.”

Noting that issues do become complicated when money, politics and governance come into play, Bond said he hopes the next superintendent also will possess the “clarity” of focusing on the children.

Under Driver, arts education has “has been at the forefront of this administration,” and has expanded to many more MPS students, said Sullivan.

Driver not only added an MPS arts manager, Arts @ Large and MPS worked together in late 2015 to create the Fill the Gaps program to train artists to teach in classrooms across the district.

“We’ve made such amazing strides … in making arts education equitable for all students in MPS,” Sullivan said. “We’ve been extremely appreciative of that.”

Moore said Driver “brought a level of vision, tenacity and focus that we hadn’t seen in a long time to the district leadership.”

Her “fresh eyes” and “passion for young people” and the community were important, Moore said. He added that Driver has been “committed to … implementing strategies that raise achievement but also address the whole child and the whole family.”

According to Moore, Driver understands that schools exist within a community, and that the school district plays an important role as a community partner and anchor institution in neighborhoods. His office’s surveys show that young people feel safest when they are at school, he added.

“If a leader doesn’t leave a mark then nobody cares when they leave,” Moore said. “It’s clear that (Driver) has left a mark and that her leadership was valued and respected.”

Terry Falk, an at-large director of the school board, has sometimes clashed with Driver, who he described as “trying to do everything herself.” He said she “needed to involve the board and other people in decision making more.”

Falk would like the next superintendent to have more experience than Driver had coming in. Having never been a superintendent or school principal, “she made some mistakes along the way,” he said, “but everybody does.”

Bob Peterson, a former Milwaukee Teachers’ Education Association president and a founding editor of the magazine “Rethinking Schools,” said he is grateful for Driver’s service. ”She’s obviously been committed to the students and the public schools,” adding, “It’s a daily challenge in (our city).”

“Driver was working, and the next superintendent will be working, in a very difficult position — being employed by the public schools and at the same time facing pressures to privatize and sell off the public schools,” Peterson noted.

Peterson would like to see community educators and students have input in the selection process for a new superintendent, who should be a strong advocate for public schools, he said.