Plus: the return of the Silver Spring House. And Public Table comes to West Allis. 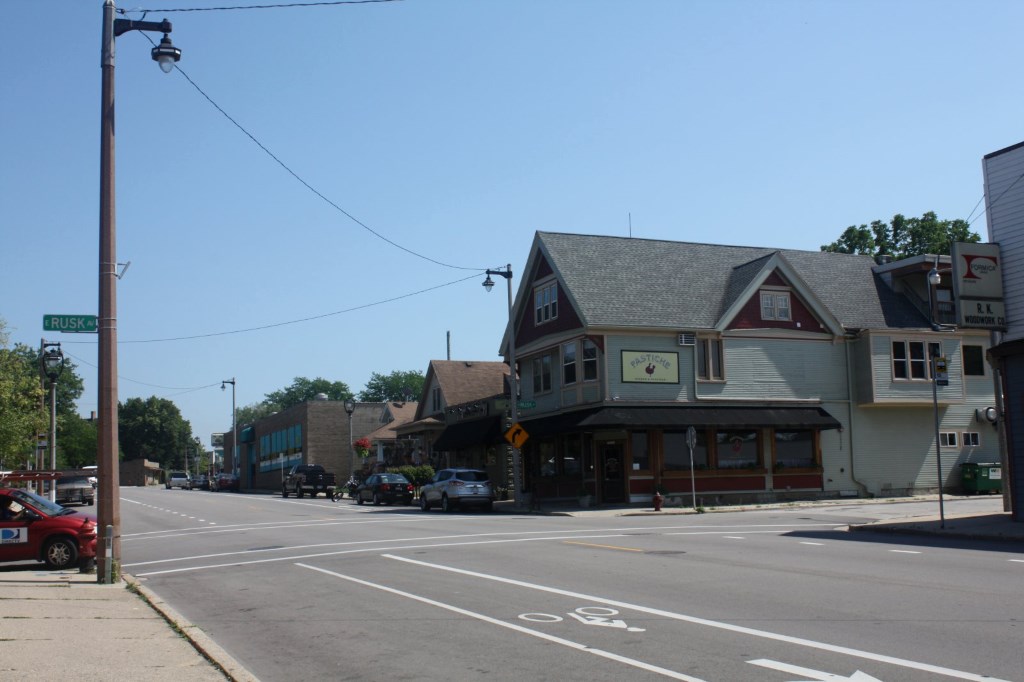 Belli’s Bistro & Spirits (3001 S. Kinnickinnic Ave.) will officially open to the public on April 7. The restaurant, which resides in the space formerly known as Pastiche, is owned by Charmice Dodson. Dodson’s grandmother, Orie Bell Dodson, is the restaurant’s namesake. Orie Bell Dodson was known for “nourishing those around her, both with delicious homemade food and generosity of spirit,” the new restaurant proclaims. While Belli’s is still in pursuit of a sous chef, they have named Marco Lezameta as executive chef.

The menu items are extensive, as OnMilwaukee’s Lori Fredrich reports:

Regular offerings include appetizers like fried chicken wings with a choice of sauces including hot, barbecue, parmesan, spicy garlic or Belli’s dry rub ($10); battered cauliflower with aleppo pepper ($9); loaded French fries dusted in cajun seasoning and topped with sour cream, cheese, bacon, green onions and tomatoes ($9 per half order or $14 full order); and the elote bite, featuring battered corn fritters with four cheeses and a hint of lime ($9)…

Gluten-free eaters will now have “mor” options in the Bay View area. Mor Bakery & Cafe (2018 S. 1st St.) is slated to open in Mid-April. The business’s owner, Traci Morgan-Hoernke, had to shelve her business plans following the recession in 2008, but has now returned to the industry with the mission of making gluten-free goods that don’t taste gluten free. The bakery’s name comes from the Swedish word for mother, and also follows Morgan-Hoernke’s belief of having “more happiness, and more foods that are nourishing and delicious.” The building, which also contains Twisted Path Distillery and Enlightened Brewing Co., is under construction to accommodate the bakery.

The dining spot, which will feature a designated gluten-free kitchen, will serve up gluten-free baked goods, as well as breakfast and lunch items and beverages from Anodyne Coffee Roasting Co. Many of the items will also be dairy-free or egg-free.

Baked treats will include a rotating selection of goods like cookies, cupcakes, muffins, breads, scones and other desserts. The breakfast and lunch menu is still being drawn up, but Morgan-Hoernke expects it will feature items like breakfast sandwiches, salads and soups, among other dishes.

Glendale’s venerable Silver Spring House (6655 N. Green Bay Ave.) seemingly had an abrupt closure in February, but the historic business won’t be gone for long. Venture capitalist David Braeger (D.O.B. Holdings) has acquired the restaurant. Braeger will be making upgrades to the building and surrounding property, including the possible addition of indoor volleyball and pickleball courts.

Fredrich has the scoop on Braeger’s plans:

According to information released today, the property will be given a refresh over the course of the next few weeks, including new exterior paint and numerous upgrades, with particular care given to maintaining the building’s look and feel…

The restaurant, which is expected to open by the end of April, will also showcase a new menu focused on creative hot and cold sandwiches, burgers and salads, along with the famous Silver Spring House prime rib and Friday night fish fry.

Come May, a new bar & restaurant called Public Table will be open in the space at 5835 W. National Ave. The restaurant’s building is owned by Christopher Kuranz, who is teaming up with operating partner John Clark and investing partner Randy Brashier. The three hope the restaurant will become a gathering place for the community.

Fredrich writes about the “shared vision” for the restaurant:

The focal point of the space will be an extensive communal table that stretches across the expanse of the venue, providing a place for neighbors to gather, converse and enjoy a great meal together. The table, along with others in the restaurant, will be constructed from repurposed wood from a 100-year-old mash tun, which is speculated to have been acquired from Point Brewing Co…

Although details of the menu are still being finalized, he says they are focused on featuring accessible seasonal fare including a rotating selection of deviled eggs, tacos, sliders and flatbreads. There will also be a selection of “lagniappe,” little extra snacks that can be enjoyed by singles or couples upon arrival.

Goddess and the Baker Comes to Brookfield

A Chicago based cafe and restaurant has landed a spot at the Corners of Brookfield (20111 W. Bluemound Rd.). Goddess and the Baker is expected to open its first Wisconsin location this summer. The Brookfield location will be modeled after the company’s seven Chicago locations, and will serve breakfast, lunch, dinner and all-day dessert.

Lawder reports on the cafe’s fare:

Goddess and The Baker specializes in salads, soups and made-to-order sandwiches, as well as pastries and sweets like its signature rainbow-layered cake. The drink menu includes beverages from a rotating selection of third-wave coffee roasters, cold brew nitro coffee on tap, tea and espresso drinks. Additionally, the Brookfield location will also offer a juice bar, as well as… tap beer, wine and specialty cocktails.

Indoor and outdoor seating will also be available at the Brookfield Goddess and The Baker, as well as takeout and delivery services.

The Milwaukee ChopHouse (633 N. 5th St.) has promoted one of its own to chef de cuisine. Calum Hastreiter was previously the restaurant’s culinary advisor, and has held a variety of positions at the ChopHouse as well as the Miller Time Pub & Grill  (509 W. Wisconsin Ave.) for the past six years. Before his tenure with the Marcus Restaurant Group, Hastreiter worked at the late Stonefly Brewery (735 E. Center St.). In his new role, the chef will also be introducing a new dinner menu which has already been implemented since the beginning of the month.

The new menu will emphasize prime cuts as well as seafood. In a press release, Hastreiter detailed some of new options:

More information regarding the wine dinners can be found here.