Let Us All Praise and Use Hemp

By Isiah Holmes, Wisconsin Examiner - Mar 12th, 2018 01:22 pm
Get a daily rundown of the top stories on Urban Milwaukee 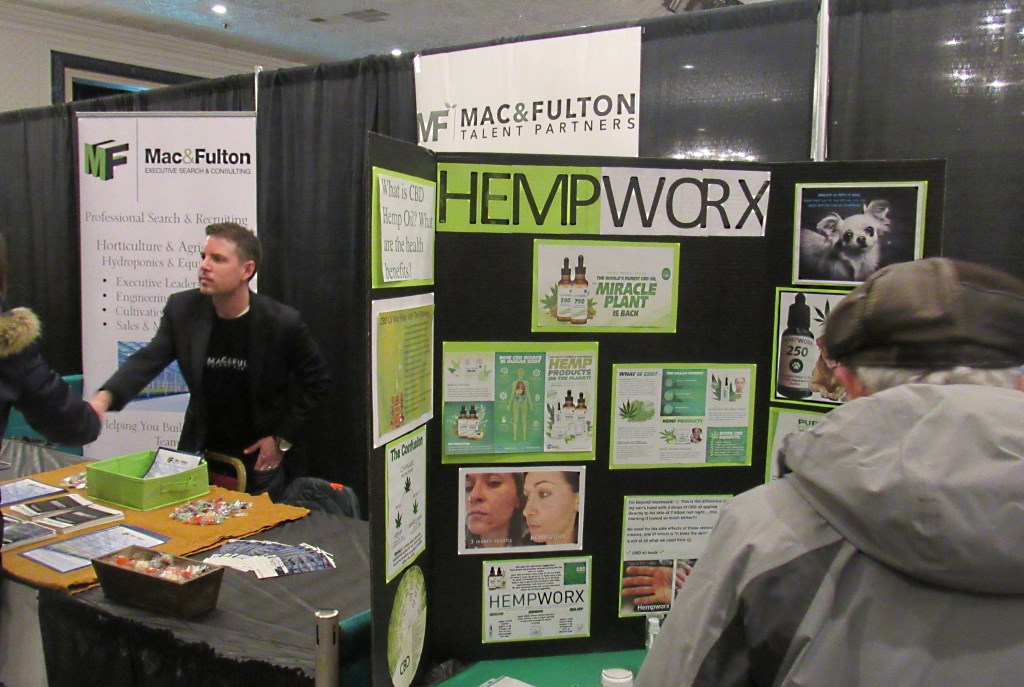 Milwaukee’s first major Hemp & CBD convention was held on Friday, and  was a resounding success for vendors, residents and activists alike. Thousands turned out for the event, hosted by CBD Therapeutics Inc, including many seeking better treatments for chronic illness. The convention tapped into the huge demand for a CBD (cannabinoid) market by appealing to Wisconsin’s needs and identity.

Over the short 120 days leading up to the expo, event coordinator Jim Naumann quickly realized what was coming. “When we realized the state was going to pass a bill that allowed the legalization of industrial hemp,” he told Urban Milwaukee, “we’re like ‘we need to get this information out.’” He found that spreading the information, especially to mainstream media, was challenging. Nevertheless, Milwaukee’s first hemp expo was covered by several outlets including WISN 12 and FOX 6, and approved by law enforcement.

Dozens of tables and thousands of people filled the American Serb Hall, exploring the seemingly endless uses for cannabinoid products at the stalwart south-side hall long known for its fish fries and mainstream political events. “I’m so grateful,” Naumann said, “this has turned out to be such a spectacular event.” Hemp, a main feature of the event, can do anything from making rope or clothing to improving insulation or creating a nutrient-dense snack. Some of the vendors dealt exclusively in revolutionary hemp-based construction products.

Others produced effective replacements for numerous agricultural applications. For instance, Strong Microbials, a company using hemp to make better fertilizers and support pollinators. In the agricultural hemp market, there’s an emphasis on more eco-friendly solutions. Rather than working against the environment like many current agricultural methods, hemp-based strategies promote sustainability and productivity. “We’re talking about bio-fuels, biodegradable plastics, we’re talking about a protein that’s in the seeds,” Naumann explained.

Many other vendors focused on medicinal products using CBD extract. The compound has become a popular treatment for anti-sezuire, pain and nausea. It’s non-psychoactive nature has helped it grow interest among even conservatives who otherwise wouldn’t support cannabis legalization. “We always talk about cannabinoids in two groups: CBD is that medical side and THC is that side we all used to smoke in college and high school,” Naumann noted. “We’re working on the CBD side here, hemp oil and nutrition and health and things of that nature.”

It’s an interesting question as Hemp comes to be embraced in Wisconsin: where does THC (tetrahydrocannabinol) fit? Both Naumann and marijuana legalization activist Eric Marsch feel it’s time to look at the big picture. Marsch is a volunteer for Wisconsin’s chapter of NORML, the National Organization for the Reform of Marijuana Laws. The non-profit recently promoted a bill introduced in Madison to prevent drug testing employees for THC in some jobs in Madison.

Numerous people with chronic disabilities attended the convention to find other options. Marsch spoke to many, including one man who was once under an intense regiment of opioid pain killers. “He said the CBD by itself doesn’t seem to have an effect on him,” Marsch told Urban Milwaukee, “but when you put the THC with it, than it all of a sudden has a very profound effect. He was pretty much able to get completely off opioids.”

The many compounds in cannabinoid plants are still under study, but they may all play a medicinal role. Marsch outlined some — like terpines and THC — as collectively contributing to treatments. “CBD is defiantly effective at a lot of things, but there are some conditions that respond better to CBD and THC.” It’s called a “full spectrum” treatment in the industry, Marsch noted: “if you use them together all of a sudden you get a much greater effect than if you used either one of them on their own.”

It all leads into an interesting cross-roads cannabis reform advocates are reaching in states like Wisconsin. Even though polls show 59 percent of state voters support full marijuana legalization, the letters “THC” are still very stigmatized. “Some people say ‘ok we have the CBD,” Marsch explained, “that’s the medical one, we don’t need medical marijuana.”

Some detractors prefer non-psychoactive CBD products to be sold in pill form only. However, as Marsch explains, “there are some people that can’t keep anything down, if they eat a pill they’ll throw it up. So, you need to be able to smoke or vaporize it to get that instant effect from it. You don’t want to have to wait an hour for a pill to kick in. If you can vaporize or smoke it, you feel it in a few minutes.” All aspects of cannabinoid plants, working together, seem to have broader and more profound medicinal uses than exclusively CBD. Successful events like Friday’s hemp expo will help the public to better understand this.

Educating the public that a broader approach is what’s needed might be the next step for advocates. “It is time to educate people fully from hemp to medical cannabis, and recreational cannabis,” Naumann believes. “This is the first step towards full legalization.” 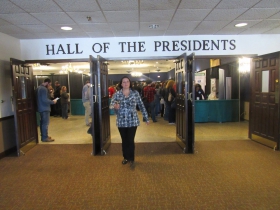 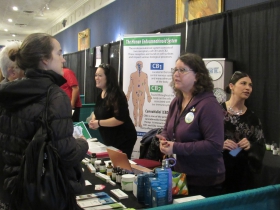 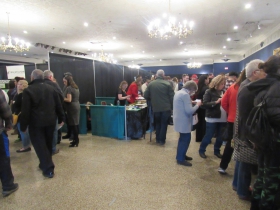 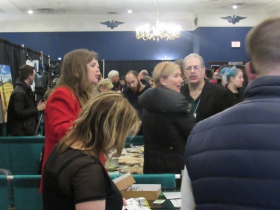 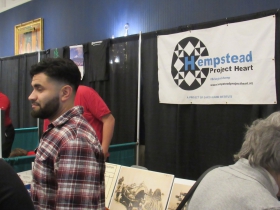 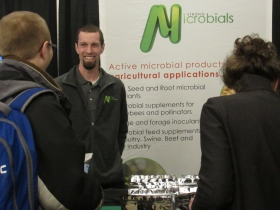 4 thoughts on “Let Us All Praise and Use Hemp”